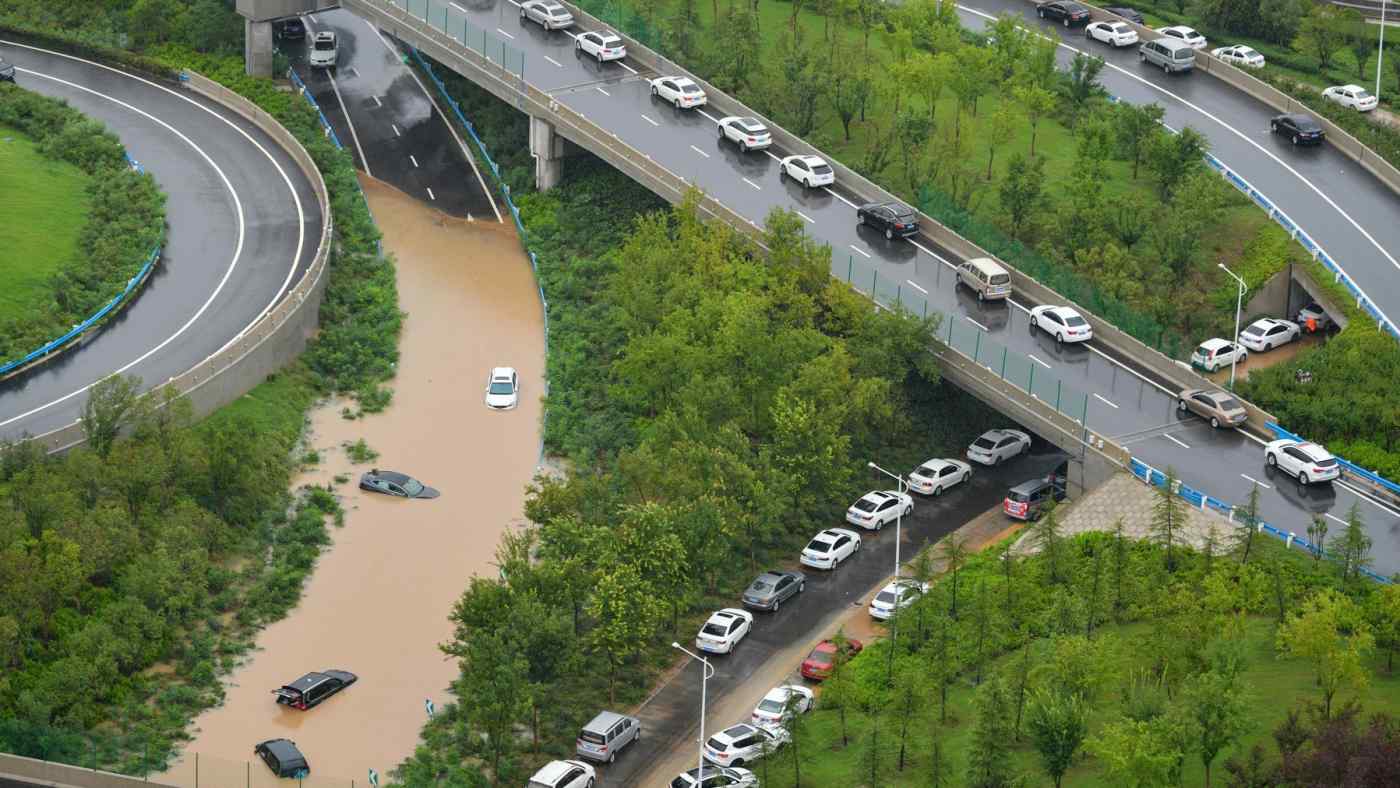 The People's Liberalization Army was deployed on Tuesday to carry out rescue and disaster prevention measures after torrential rain caused a 20-meter crack at the Yihetan dam in Yichuan, Henan Province. The PLA's central region command the same day detonated the damaged dam to divert floodwater.

The flood also risked the world's biggest iPhone assembly complex as Apple gears up to start making new phones in weeks. Taiwan's Hon Hai Precision Industry, which runs the iPhone assembly plants in the provincial capital of Zhengzhou, on Wednesday told Nikkei Asia that there has been no direct impact on its facility, but the water got into the rim of the complex and affected the commute for some of its employees. The company also known as Foxconn said it has activated an emergency response plan for flood control measures.

Zhengzhou recorded 617.1mm of total precipitation in the three days through Tuesday, the highest since the country began taking record 60 years ago. On average, the city receives 640.8mm in total rainfall and snow in a year. Water rose above warning levels in some 16 reservoirs across the province.

Floods are common during China's rainy season, but they have been made worst in recent years partly due to the extensive construction of dams that environmentalists blame for disruptions in waterways that cause clogging. 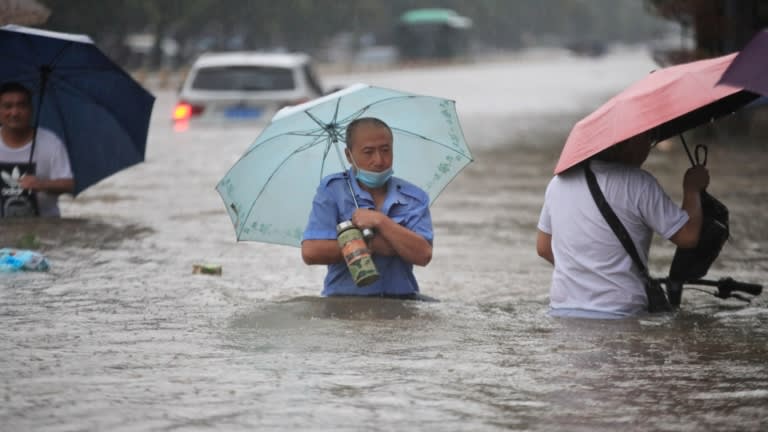 So far 12 people have died, 36,000 people directly affected by the flood, and more than 200,000 people have been evacuated, state media reported. The flood has also damaged over 9,000 hectares of crops, causing nearly 73 million yuan ($11 million) in losses.

Japan's Nissan Motor has stopped production at its Zhengzhou plants, a joint venture with Dongfeng Motor, according to local media Yicai.

Authorities warned of more downpours in coming days, with a typhoon expected to hit China's east coast on Sunday.

Xi urged relevant government departments to restore the livelihoods of people affected by the disaster, and take precautions to prevent a return to poverty and an increase in COVID-19 cases.