Temblor believed to be aftershock from devastating 2011 quake, authorities say 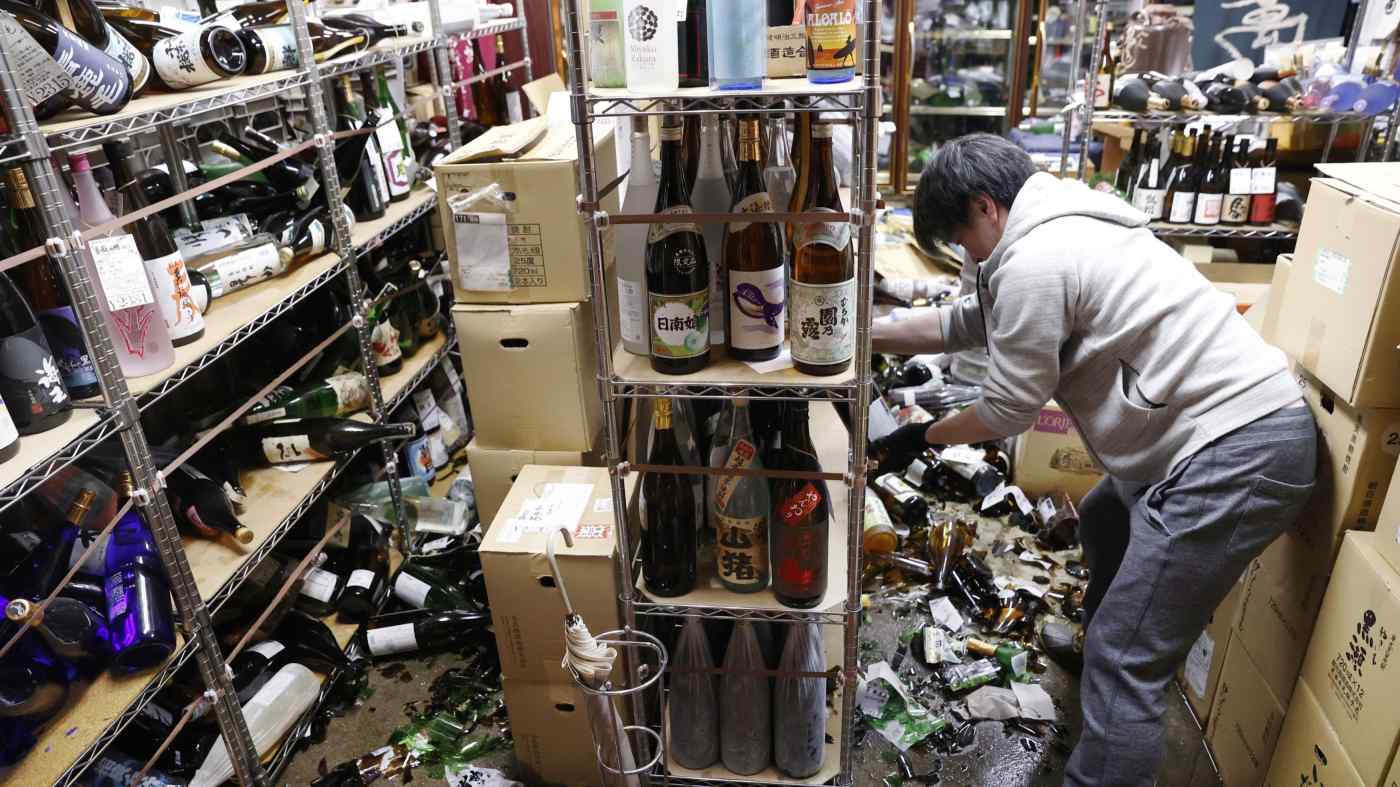 TOKYO -- Dozens of people were injured and nearly 900,000 homes were without power after a 7.3 magnitude earthquake struck Japan late Saturday with an epicenter off the coast of Fukushima Prefecture.

The Japan Meteorological Agency reported the quake occurred at 23:08 JST and said there is no risk of a tsunami, but there could be fluctuations in sea levels. The area in northeastern Japan suffered a devastating Tohoku quake in 2011 that severely damaged the Fukushima Daiichi nuclear plant.

The epicenter had a depth of about 55 km. Among the hardest hit areas is the city of Soma in Fukushima, roughly 40 km north of Fukushima Daiichi nuclear plant, and the Zao ski resort in Miyagi Prefecture. There were reports of landslides at multiple locations.

Local authorities reported about 50 people were injured in Fukushima and Miyagi prefectures. A meeting room at the Sendai bureau of Kyodo News Agency after the earthquake on Feb. 13.    © Kyodo

After midnight, multiple secondary quakes were observed, ranging in magnitude from 3.8 to 4.1.

According to the Japan Meteorological Agency, this earthquake was part of the aftershocks from the 2011 quake. Saturday's quake was a so-called intraplate temblor, unlike the 2011 one, which occurred at the boundary between an ocean plate and a continental plate. Because intraplate quakes have relatively deep epicenters, they have a smaller impact on the ocean above them, and therefore pose less of a tsunami risk.

The government set up an emergency response team in the situation room of the prime minister's office. Prime Minister Yoshihide Suga and Chief Cabinet Secretary Katsunobu Kato arrived at the prime minister's office 20 minutes after the earthquake. Suga instructed staff to coordinate emergency response with local municipalities and to quickly share information with the public. A house in Koori, Fukushima, is severely damaged after the 7.3 magnitude earthquake hit on the evening of Feb. 13.    © Kyodo