Already, 40 million people have been uprooted. Now, the dam 300 km west of Wuhan is threatening to burst and flood the first city to be hammered by the novel coronavirus.

By June 22, the downpours had already flooded parts of Dingshi, a town in Chongqing Province, damaging cornfields and main roads.

A day later, this is what the ancient town of Xiasi, in southwest China's Guizhou Province, looked like. Floodwaters rise above knee level for some in Hefei, Anhui Province, on June 27. A woman affected by the floods has her blood pressure measured at a temporary shelter in Mianning County, Liangshan Yi Autonomous Prefecture, in southwestern Sichuan Province, on June 29. By this time, the rains had already killed at least 12 people in the province. 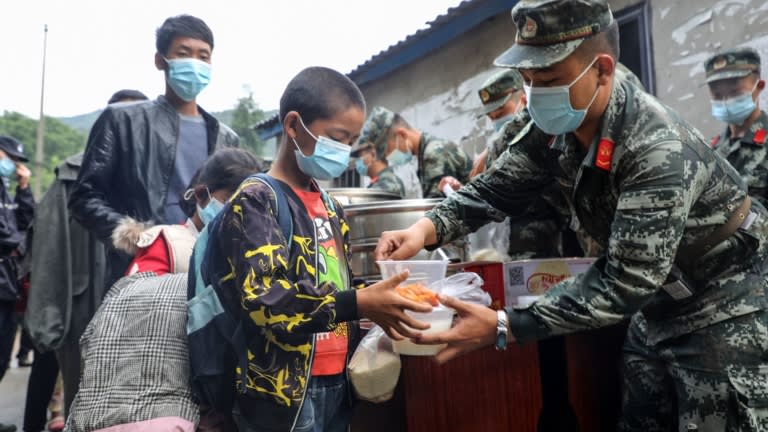 A paramilitary police officer distributes food to those affected by the floods at a temporary shelter in Mianning County, the Liangshan Yi Autonomous Prefecture, in southwestern Sichuan Province, on June 29.

Visitors photograph the water being disgorged from Sanmenxia dam on June 30. The water was released to avoid flooding the city of Sanmenxia, in central China's Henan Province, on June 30. 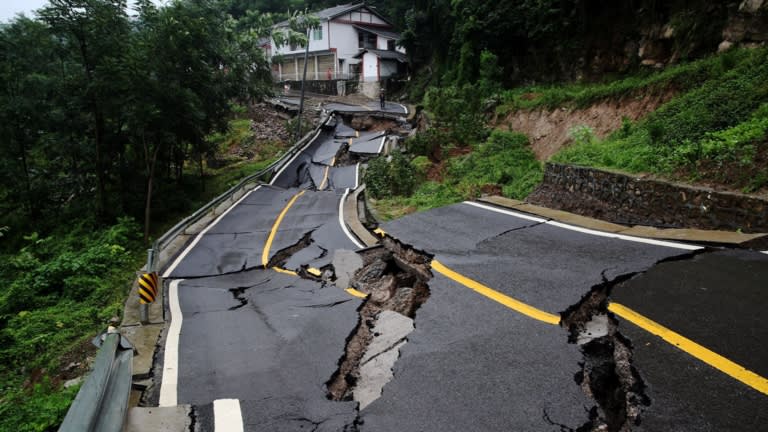 A landslide caused by heavy rainfall has destroyed this road in Chongqing's Qianjiang district on July 4 and rendered it impassable. 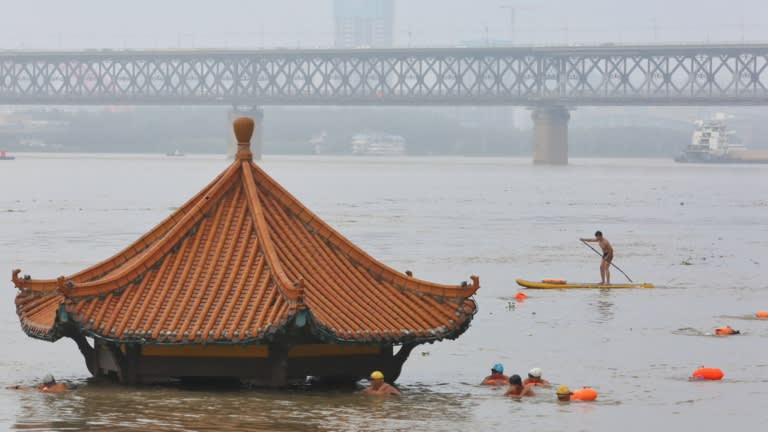 A paddle boarder and swimmers make their way around a pavilion almost entirely submerged in floodwaters on the banks of the Yangtze River in Wuhan, Hubei Province, on July 8. Students are evacuated from their school after being stranded by floodwaters in Duchang County, Jiangxi Province, on July 8. 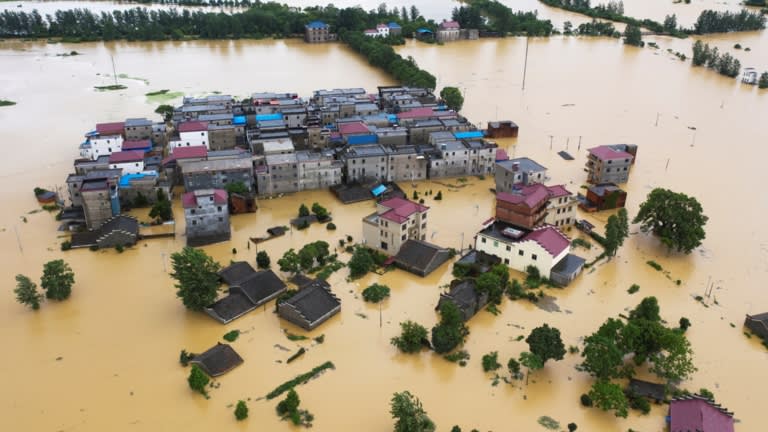 Students being evacuated in the claw of a tractor from their flooded school in the city of Jiujiang, in eastern China's Jiangxi Province, on July 8. (Imaginechina via AP Images)

The 800-year-old Rainbow Bridge in Wuyuan collapses under the pressure of floodwaters near the town of Qinghua, Wuyuan County, east China's Jiangxi Province, on July 8. (Imaginechina via AP Images)

The Xiaolangdi dam discharges muddy water after days of continuous rainfall near the city of Luoyang, in central China's Henan Province, on July 9.

The People's Liberation Army builds a temporary embankment to contain the flooded Poyang Lake near the city of Jiujiang, in central China's Jiangxi Province, on July 13, when the level of China's largest freshwater lake reached 22.53 meters, a record high and 3.53 meters above the warning level.

Soldiers march to their battle stations to build a temporary embankment to contain the flooded Poyang Lake, near the city of Lushan, on July 14. Evacuated residents are temporarily housed in a primary school in Poyang County, Jiangxi Province, on July 15.

The Kwanyin temple, built on a rocky island in the middle of the Yangtze River, is partially submerged in Ezhou, in central China's Hubei Province, on July 19. The temple, built in 1345, has survived numerous floods and been rebuilt over the centuries. An unfazed security guard checks his smartphone as water released from the Three Gorges Dam gushes out in Yichang, central China's Hubei Province. In this image taken with a fisheye lens and provided by Xinhua News Agency, floodwaters are discharged at the Three Gorges Dam in central China's Hubei Province on July 19. 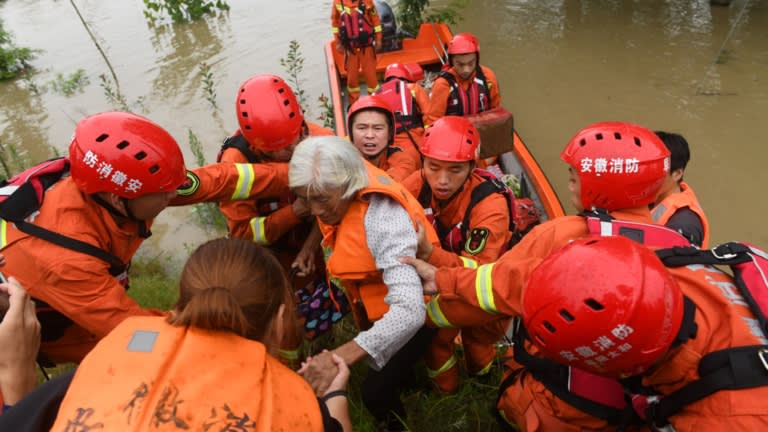 An elderly resident is evacuated near Wangjiaba dam on the Huai River in Funan, Anhui Province, on July 21.

Workers rebuild a road destroyed by floodwaters in Hefei, Anhui Province, on July 22.

This aerial view shows the Three Gorges Dam discharging water near the city of Yichang, in south China's Hubei Province, on July 22.