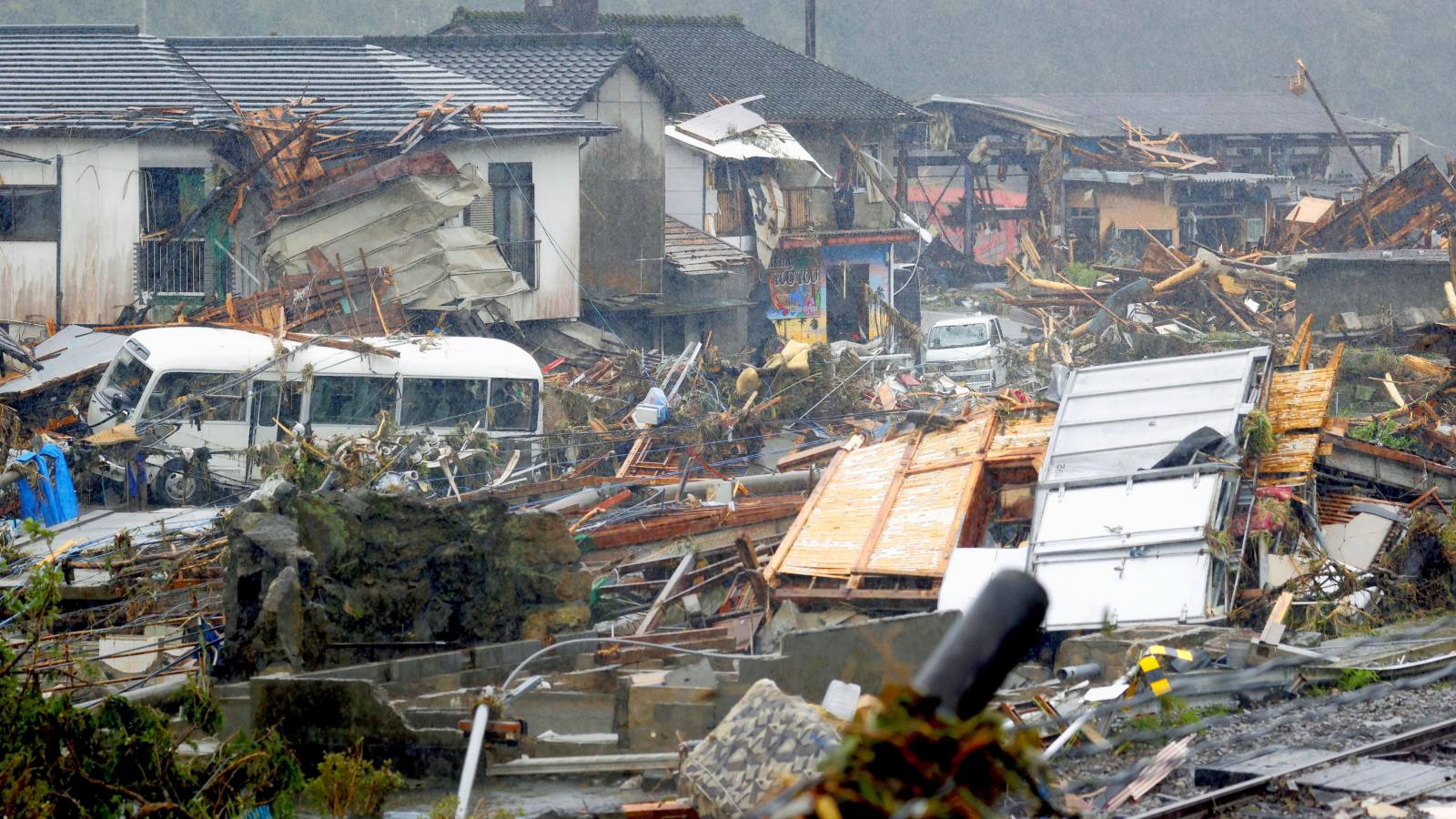 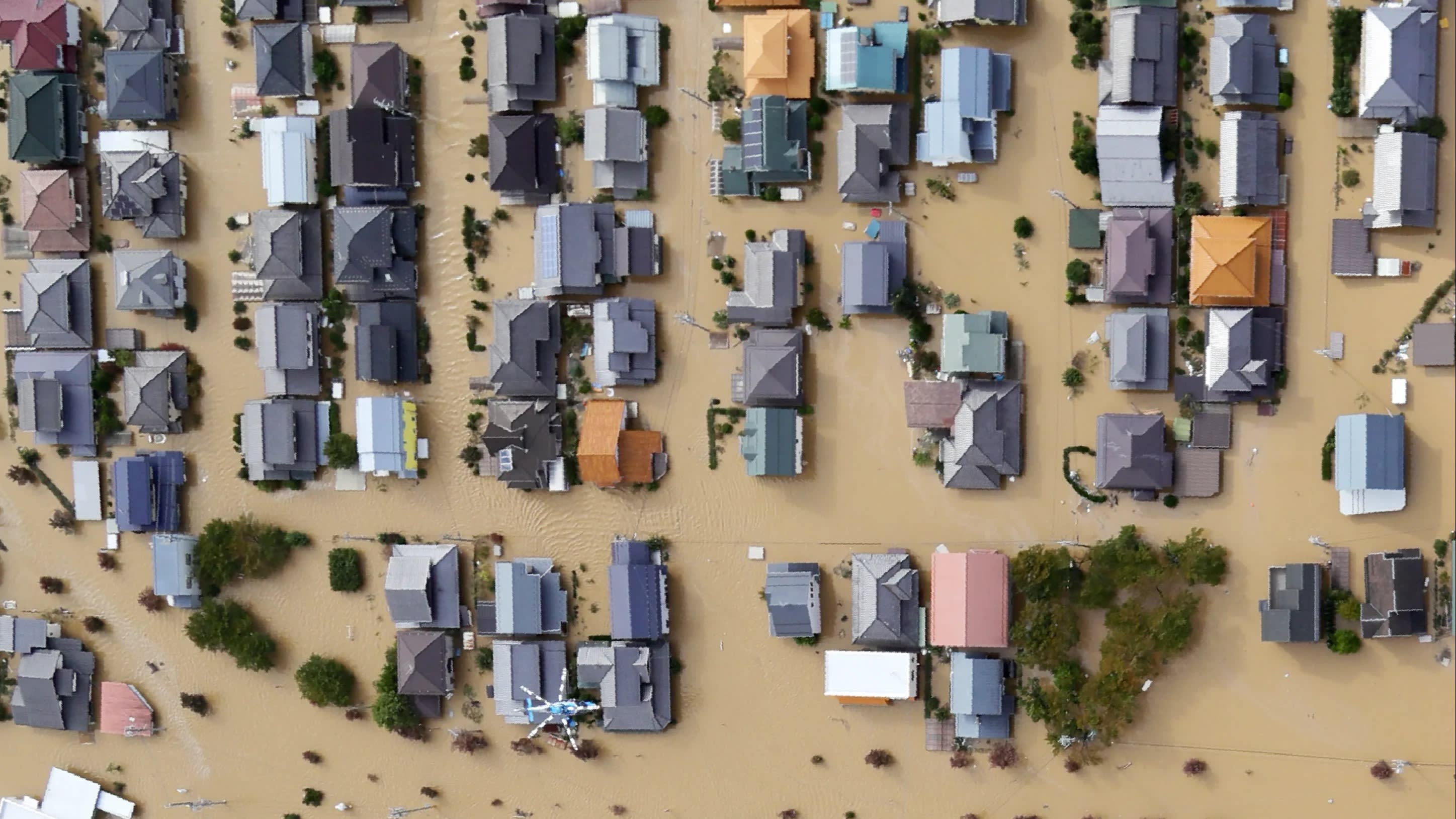 TOKYO -- Typhoon Hagibis, one of the strongest typhoons Japan has experienced in decades, tore through eastern and northern Japan on Saturday and early Sunday, killing at least 90 people and leaving more than a dozen others missing.

Search and rescue operations are continuing, as more than 140 rivers flooded and left houses and buildings inundated with water.

Below are photographs from scenes around the country. Pedestrians in Tokyo's Shinjuku district struggle to hold onto their umbrellas. Residents in Nagano Prefecture are rescued from floodwaters by a helicopter. 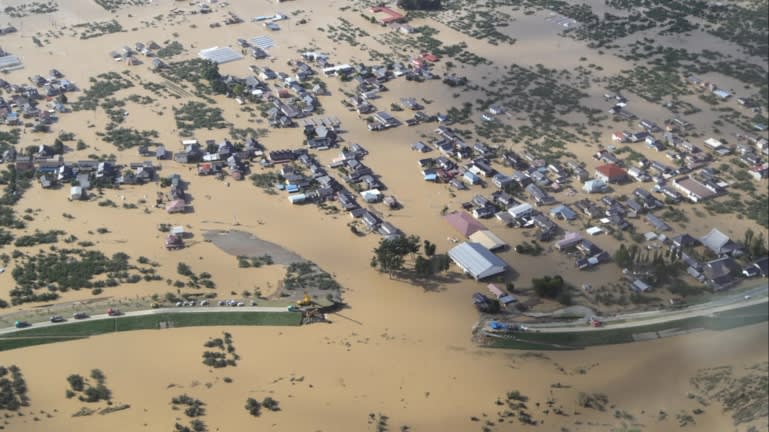 The city of Nagano in central Japan is seen flooded after the Chikuma River's levee broke. 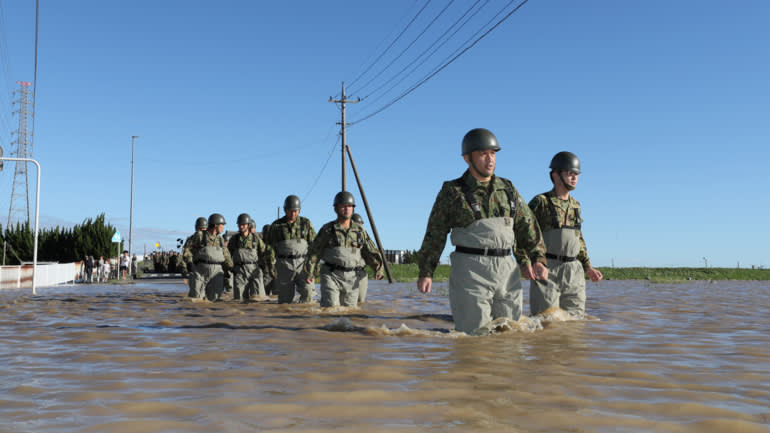 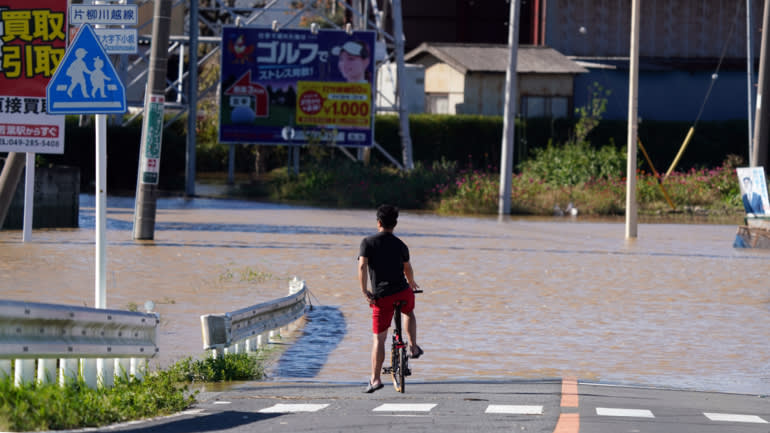 A boy stops at a flooded street in Saitama Prefecture. Shinkansen bullet trains are submerged at their base in the city of Akanuma in Nagano Prefecture, central Japan, after the Chikuma River overflowed because of Typhoon Hagibis. People walk past downed trees and power lines in the city of Nagano, which was hit hard by Typhoon Hagibis. A gymnasium in the city of Nagano is inundated with debris from the storm. 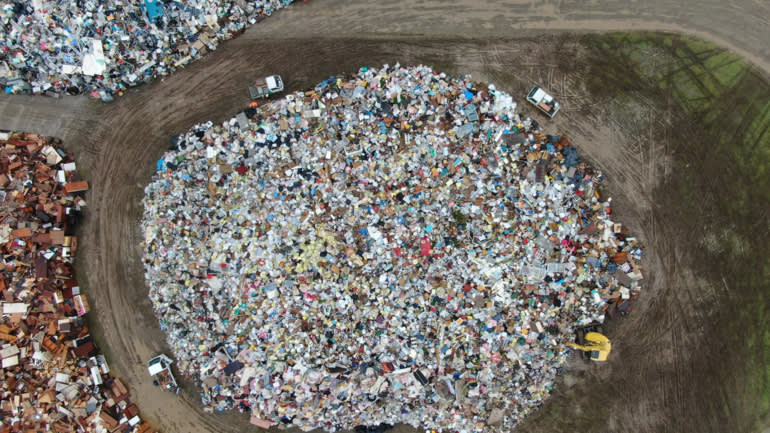 A pile of garbage collected from damaged and destroyed houses in Miyagi Prefecture. 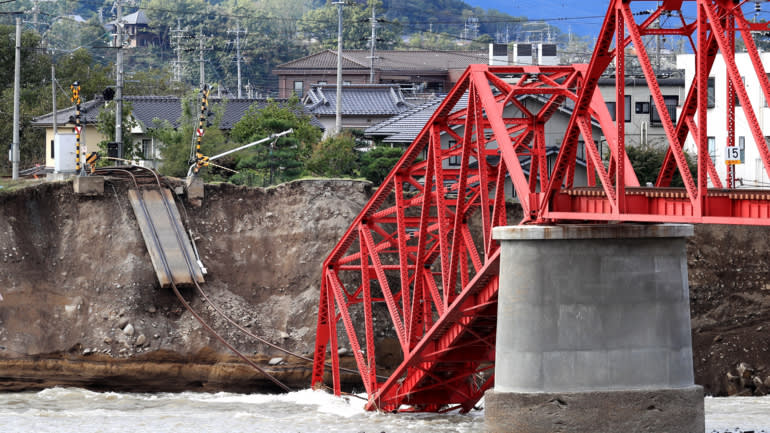 Blue sheets cover roofs that were damaged by Typhoon Hagibis in Chiba Prefecture.

The video shows a residential area and train marshaling yard near the Chikuma River in the city of Nagano, before and after Typhoon Hagibis struck.