While emergency help guides in other languages exist, access must improve 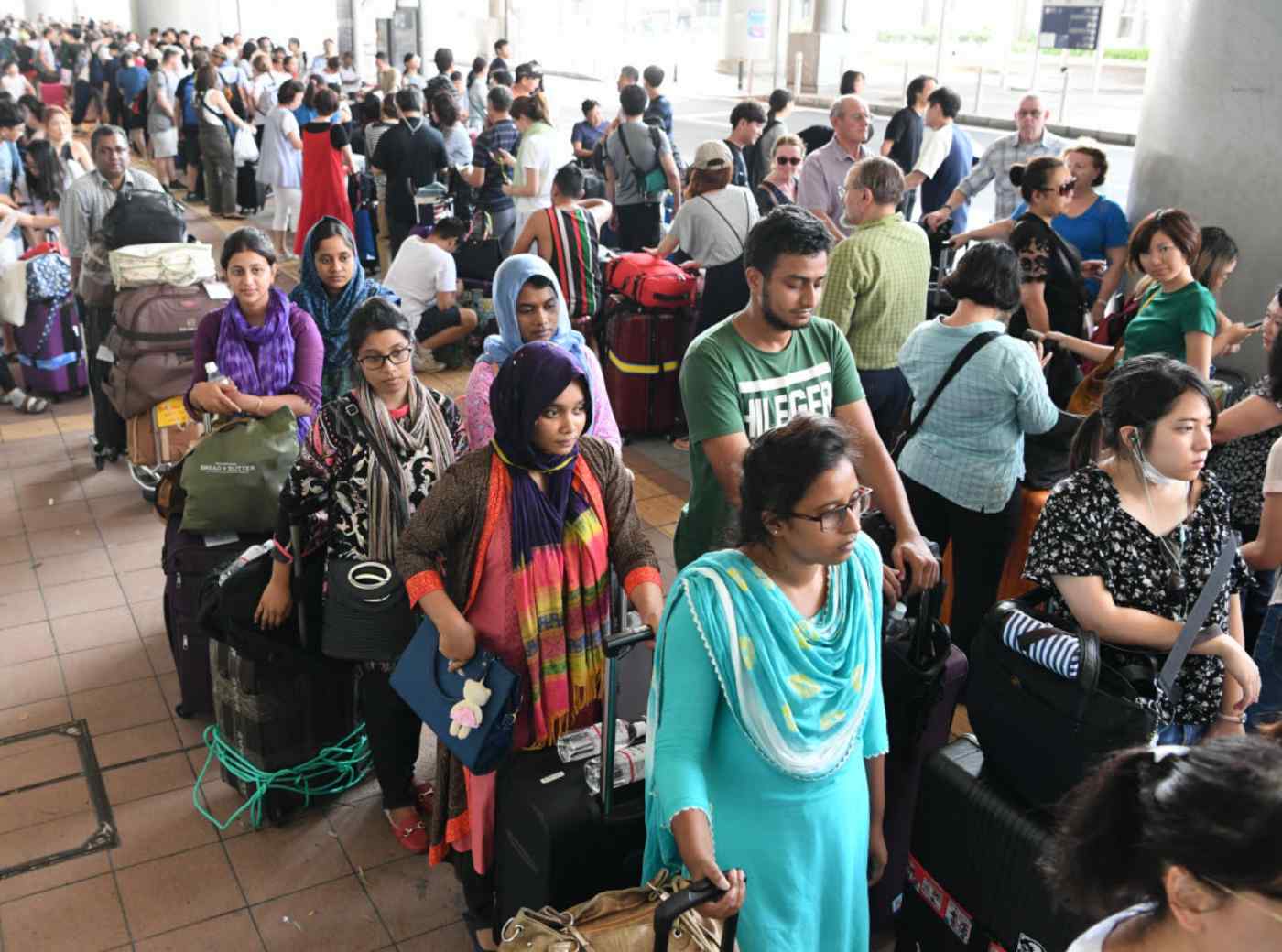 TOKYO -- When a series of natural disasters caused widespread disruption in Japan in early September, large numbers of foreign visitors found themselves isolated and with limited access to information.

The extent of the confusion and damage has raised questions about the country's preparedness for emergencies in the lead-up to the Tokyo Summer Olympics in 2020, when floods of tourists are expected to visit.

Osaka's Kansai International Airport was forced to close due to flooding caused by Typhoon Jebi on Sept. 4, and a power plant in Hokkaido was taken offline following an earthquake that hit the area two days later. Both have now resumed operations.

Anna, a 37-year-old Indonesian visitor, had difficulty accessing information on transportation. Although she and her sister managed to get back to Osaka's city center a few hours before the typhoon hit, after attending a pop concert, their flight back home the next day was cancelled. "I was an emotional wreck," she said. "We had to gather scraps of information from Kansai Airport, the airline Cathay Pacific [and bullet-train operator] West Japan Railway." Eventually, they were rerouted north to Tokyo's Narita International Airport and flew out from there.

A family from Spain who was at a train station close to popular tourist site Fushimi Inari Shrine in Kyoto at the time of the typhoon said: "There was only a banner at the station that said the times of the last train." There was no taxi around, and "we didn't know how to get to a hotel where it was safe."

Many other foreign visitors found themselves confused and helpless amid a lack of information.

A shortage of measures aimed at tourists in emergency situations has economic implications. Both Osaka and Japan's northernmost island of Hokkaido are popular tourist destinations. Kansai airport, an important hub for Osaka, Kobe and Kyoto, served 28.8 million passengers in the 2017 fiscal year, nearly 70% of whom were foreigners.

Tourism contributes 632 billion yen ($5.6 billion) to Hokkaido's gross domestic product, accounting for 3.4% of the prefecture's entire economy, exceeding the contribution from sectors such as finance or agriculture, according to the prefecture's tourism bureau.

What happened in Osaka and Hokkaido has also served as a warning to the country's capital Tokyo. While pictograms were widely introduced there to counter language barriers in the 1964 Tokyo Olympics, it appears that the needs to do more. Japan's Ministry of Land, Infrastructure, Transport and Tourism is planning to enrich the content of its existing "Disaster Prevention Portal" website, set up last year to prepare for the 2020 Olympics. The website was intended to prepare for earthquakes in Tokyo, for both domestic and foreign visitors. The ministry is now trying to expand the scope of the portal to other types of disaster, other areas and to lifeline information, because "spreading information would be very important in 2020."

In Tokyo, there is a detailed "Disaster Preparedness Tokyo" manual that shares information including evacuation flows and how to prepare for disasters at home. It also explains several "survival tips", not unlike the knowledge that would come in handy when camping.

Tips include how to make diapers out of a plastic bag and cotton cloth, or brushing your teeth using tissue paper. Another suggestion is how to adapt batteries that are not the right size for a device, by wrapping them up then extending them using aluminum foil.

When it is cold at night, newspapers can be used to keep warm instead of blankets. Pieces of board, plastic bags and string can be used to protect one's feet in hazardous places. A combination of water, vinegar, alcohol and sugar in a plastic bottle can trap flies attracted by waste.

Like the Tokyo manual, there are some resources provided by local municipalities for foreigners. The problem, however, is that not many tourists are aware of them.

Osaka has a helpline for foreigners in multiple languages and cards noting emergency contact details available in tourist information centers. The municipality said it was promoting the cards via point-of-sale type advertising to make them stand out. Kyoto has a smartphone app called "KYOTO Trip+" that provides information about tourism and disasters.

In addition to promoting these resources, there is still much to be done to prepare for the next disaster. "It is a challenge to share disaster information in minority languages, such as Vietnamese," said Yang Zi, researcher at the Disaster Reduction and Human Renovation Institution, based in Kobe.

She suggested that it would be helpful to involve local foreign residents and consulates in dealing with emergency situations. Such efforts, however, "would be difficult in areas where foreign residents increased dramatically in the past two to three years, especially with technical interns who don't speak Japanese as fluently as students," she added.