Registers lower 6 on Japan's scale; no fear of tsunami 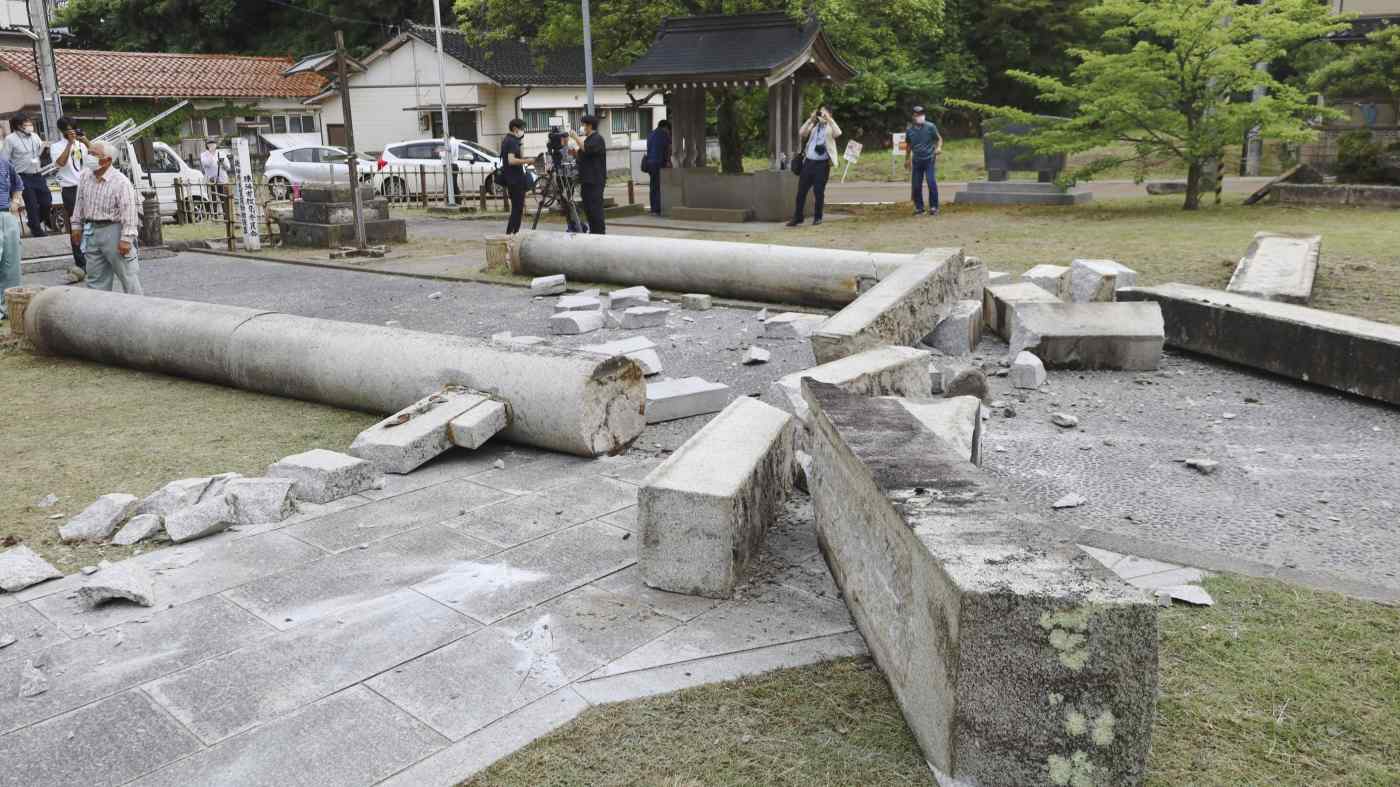 TOKYO (Kyodo) -- An earthquake with a preliminary magnitude of 5.4 struck central Japan on Sunday, leaving at least five people injured in Ishikawa Prefecture on the Sea of Japan coast.

The quake occurred at 3:08 p.m., registering lower 6 on the Japanese seismic intensity scale of 7 in Suzu city, at the tip of the Noto Peninsula in the prefecture, the Japan Meteorological Agency said. Its focus was at a depth of about 13 kilometers in the Noto region, according to the agency.

The temblor also registered lower 5 in the town of Noto, 4 in Wajima of Ishikawa and 3 in some parts of the neighboring prefectures of Niigata, Toyama and Fukui.

Five people sustained injuries, including a broken wrist, according to the Suzu city official.

The Ishikawa prefectural government said the torii stone gate at the Kasuga Shrine in Suzu collapsed after the quake, and broken window glass and fallen roof tiles were also reported in the city.

As the quake struck, beverage bottles, magazines and books fell off the shelves at a convenience store in the city, the store's manager said.

"I got panicked as I had never experienced something like this before," she added.

The agency warned that the Noto region may be hit by another quake of similar intensity within one week. It revised the quake's magnitude and focus from the initial estimates of 5.2 and 10 km, respectively.

Chief Cabinet Secretary Hirokazu Matsuno said at a press conference that the government has received no reports of electricity and traffic disruptions around the prefectures after the quake.

No abnormalities were reported at the Shika nuclear power plant of Hokuriku Electric Power Co. in Ishikawa and the Kashiwazaki-Kariwa nuclear plant in the nearby Niigata Prefecture.