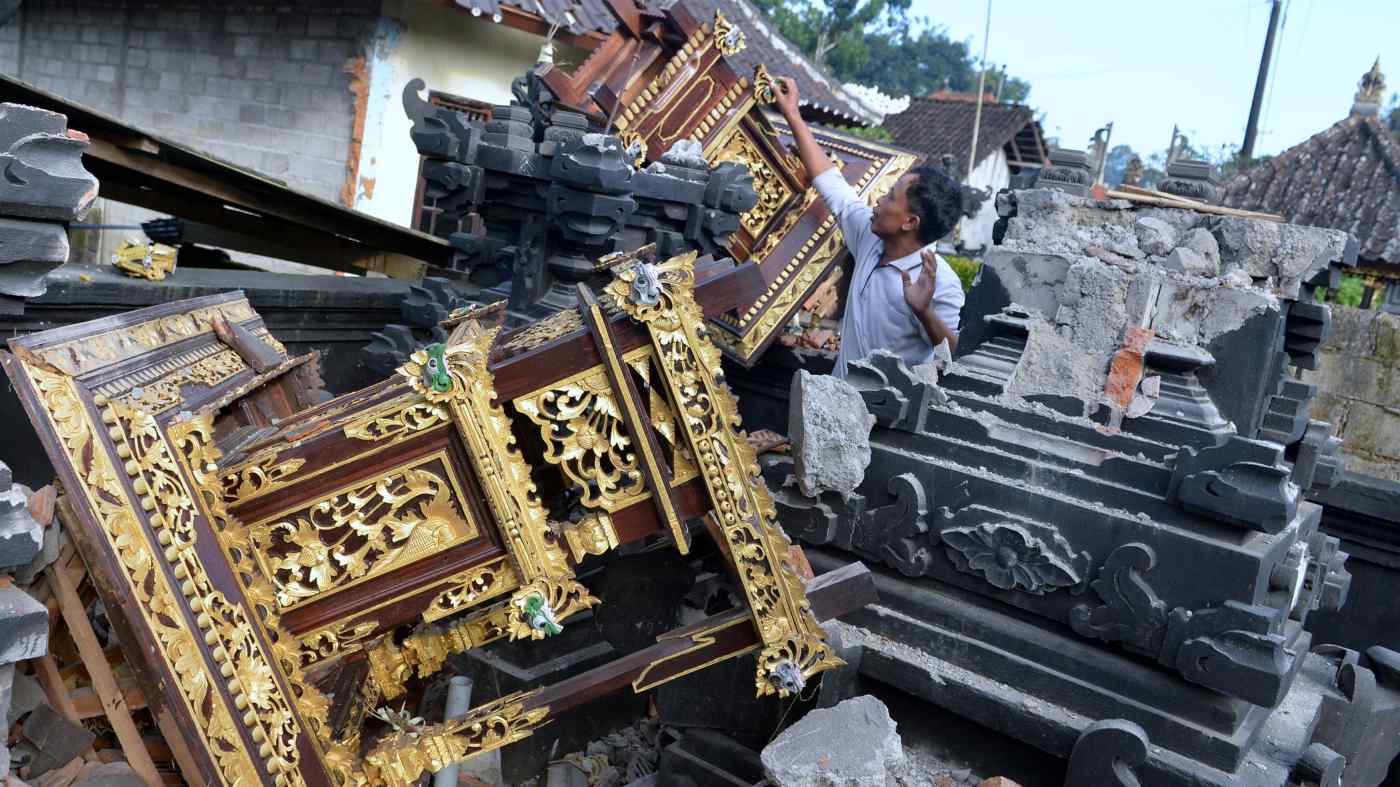 A man is seen among a temple's damaged buildings after a 4.8-magnitude earthquake struck northeast of Bali, in Karangasem, Bali, Indonesia on Oct. 16, 2021. (Antara Foto/Fikri Yusuf/Reuters)
October 16, 2021 15:53 JST | Indonesia
CopyCopied

The quake affected the Karangasem and Bangli districts on the eastern side of the tourist island and a search has been concluded, the agency said in a statement, but authorities were continuing to monitor situation.

A landslide triggered by the quake killed two of the victims, the agency said. A third, a 3-year-old girl, was killed by falling debris.

The U.S. Geological Survey (USGS) said the 4.8 magnitude quake struck off Banjar Wangsian, and put its depth at 10 km (6.21 miles).

"All affected by the quake have been evacuated while data on damage is still being collected by Bali's disaster mitigation agency," search and rescue official Gede Darmada said in the statement.

Rescue services evacuated people across a lake as the road to the stricken community had been cut off by a landslide, he added.

There was no significant damage in other parts of Bali, while the quake was felt also in the neighboring island of Lombok, local media reported.

Bali reopened for international tourists on Thursday after 18 months of pandemic restrictions, but they are only expected to start arriving later this month.