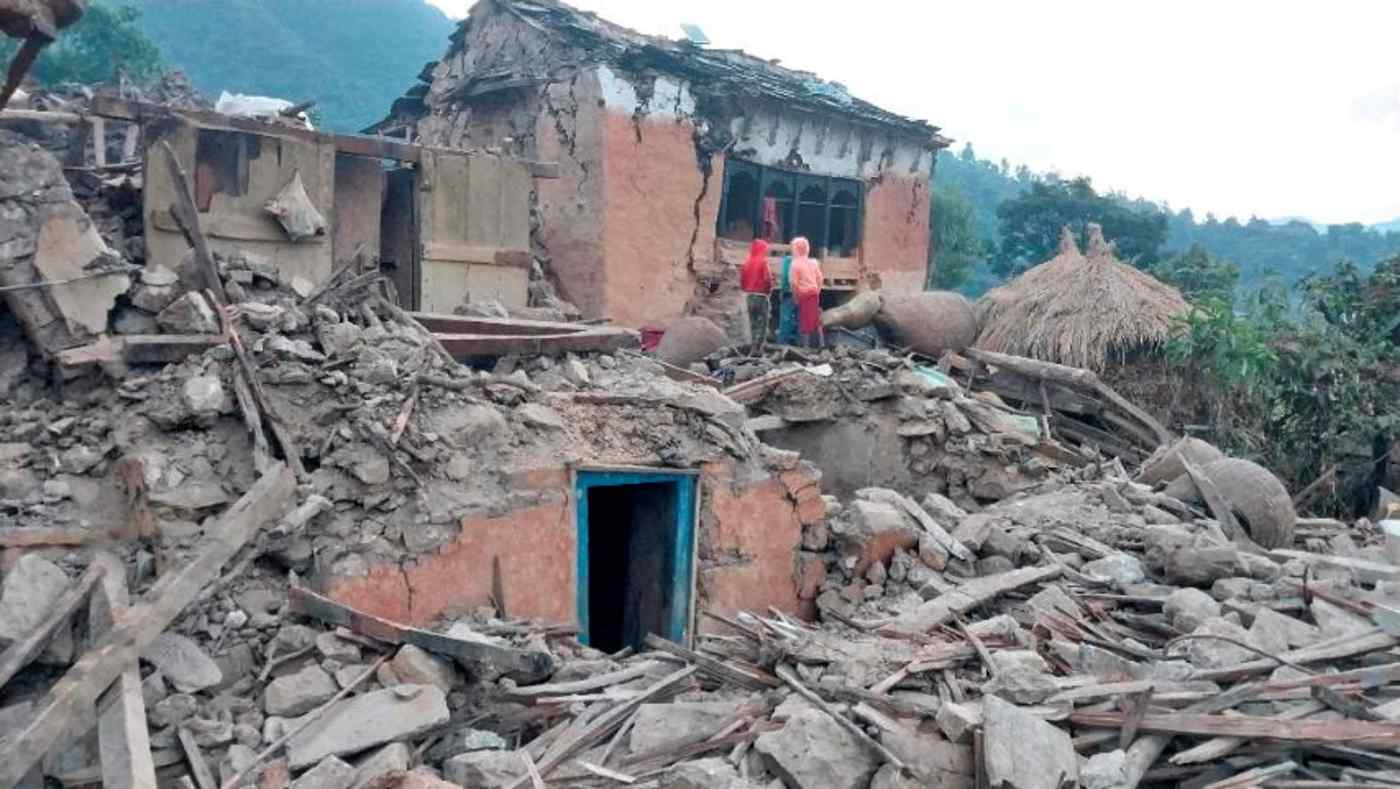 People stand outside the ruins of collapsed houses after an earthquake struck the western district of Doti, Nepal, on Nov. 9. (Nepal Army/Handout via REUTERS)
November 9, 2022 15:18 JST | Nepal
CopyCopied

KATHMANDU (Reuters) -- An earthquake of magnitude 6.6 in Nepal early on Wednesday killed four children and two adults, seriously injured five others as several houses collapsed in the western district of Doti, and shook New Delhi in neighboring India.

Local media showed mud and brick houses destroyed by the quake in the Himalayan country and rescuers digging through the rubble to look for survivors. At least two people are reported missing, said Nepali army spokesperson Narayan Silwal.