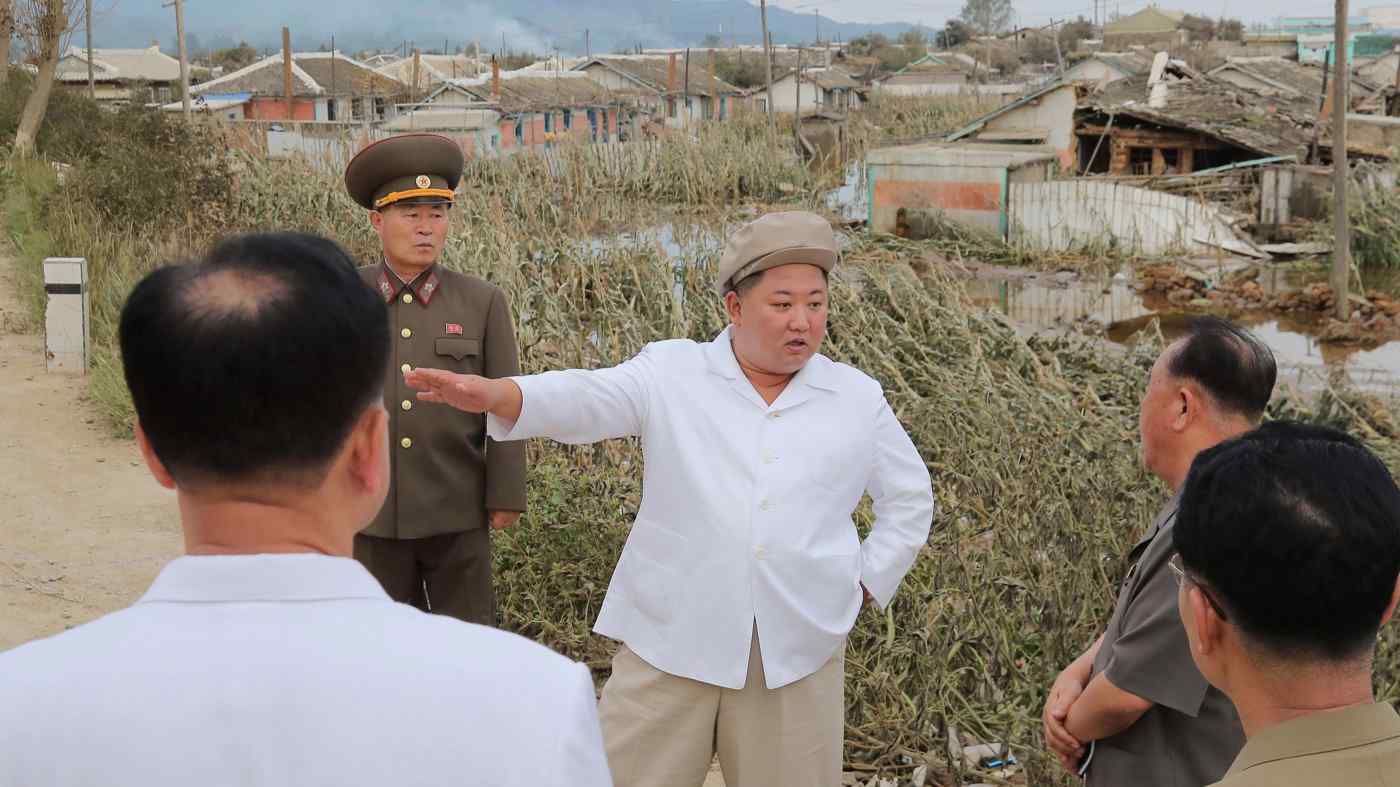 SEOUL -- After blasting through the southern Japanese islands of Okinawa and Kyushu, Typhoon Haishen lashed the Korean Peninsula with strong winds and rain on Monday, destroying homes in the North and stopping production at the South's largest automaker.

North Korea's state Rodong Sinmun newspaper reported on Tuesday that the country dispatched military personnel to help rebuild houses. The daily said that many regions saw flooding, but it did not give specific details of damage or casualties.