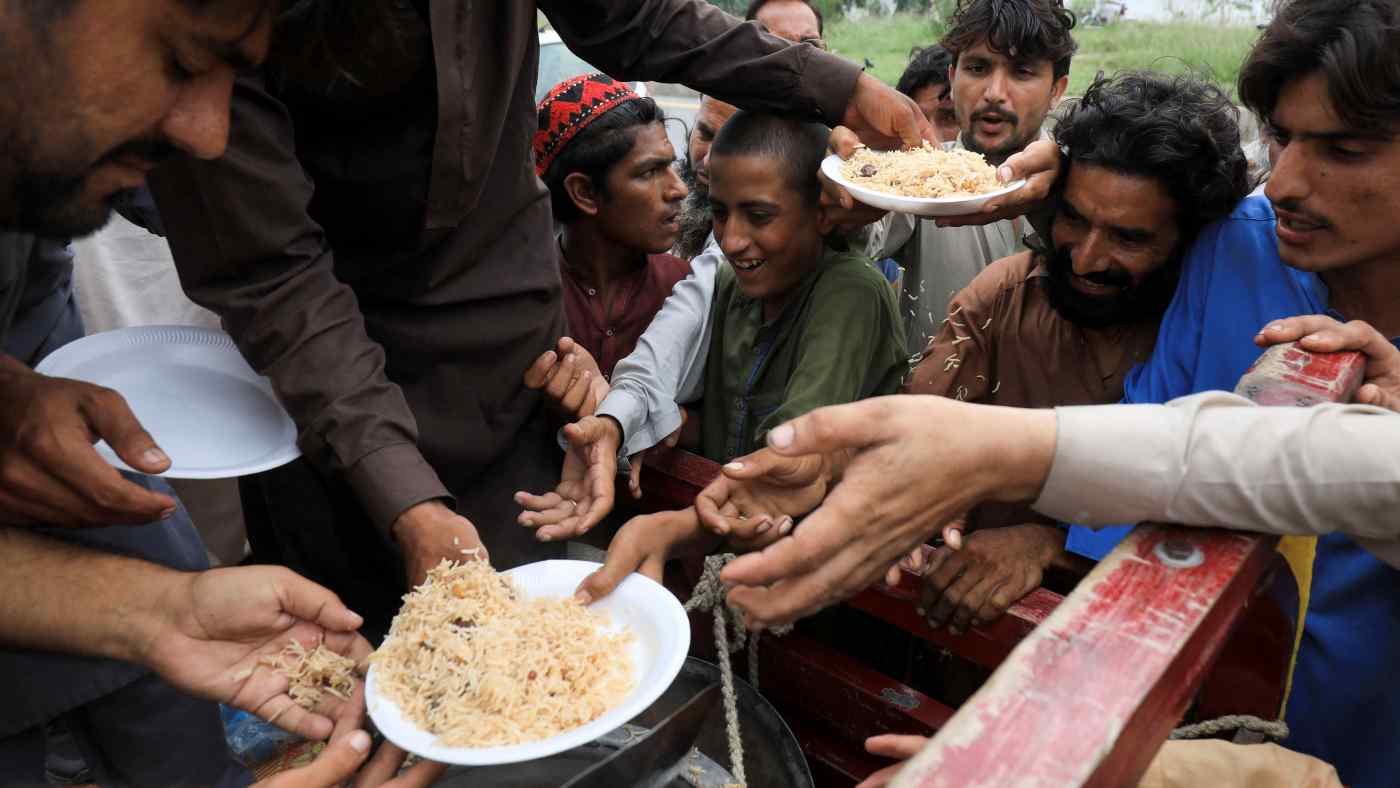 Flood victims receive boiled rice from relief workers in Charsadda, Pakistan, in late August. The deluge has had a devastating impact on the country's rice and other crops.   © Reuters
MIFRAH HAQ, Contributing writerSeptember 13, 2022 16:16 JST | Pakistan
CopyCopied

KARACHI -- Pakistan's farmers and policymakers are beginning to count the agricultural costs of the floods that have wreaked destruction across the country, bracing themselves for an unprecedented food crisis.

Officials estimate that more than 800,000 hectares of farmland have been wiped out by the flooding, which followed unusually heavy summer downpours. For many, this raises the risk of starvation in a nation of 225 million people that is already grappling with record 27.3% inflation. It also looks likely to upend the government's budget goals and further strain its shaky foreign reserves.