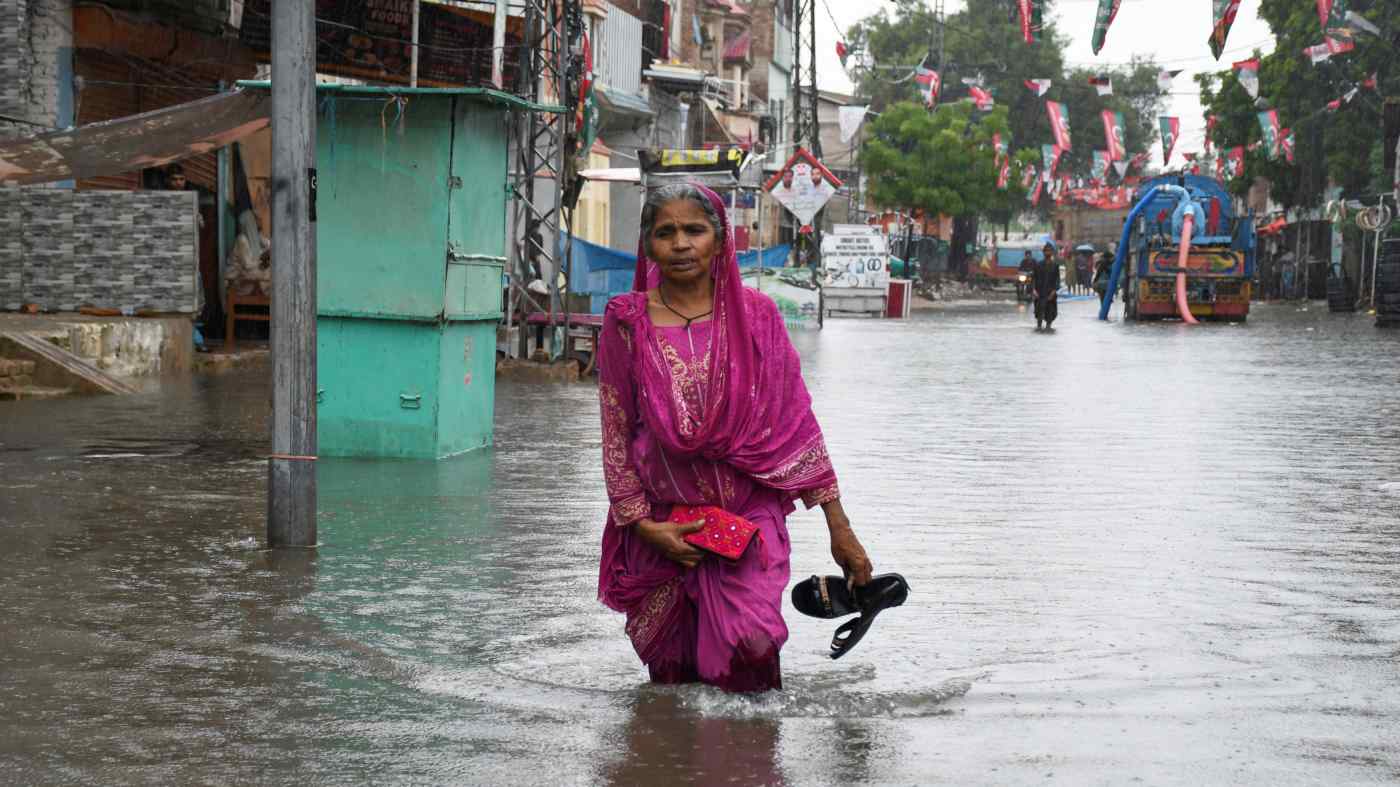 A woman walks on a flooded road in Hyderabad, Pakistan, on Aug. 24. Authorities say over 3,000 kilometers of roads have been damaged and around 670,000 homes have collapsed.   © Reuters
ADNAN AAMIR, Contributing writerAugust 27, 2022 15:35 JST | Pakistan
CopyCopied

ISLAMABAD -- Pakistan is grappling with its worst natural disaster in over a decade -- flooding that is disrupting the lives of millions -- and experts say the country's political turmoil is complicating the response.

Monsoon rains that started in mid-June have wreaked havoc across several provinces -- Sindh, Balochistan, southern Punjab and southern Khyber Pakhtunkhwa. Flash floods in July and August have affected at least 4.2 million people, according to the National Disaster Management Authority (NDMA), with the death toll approaching 1,000 and over 13,000 injured. The country's climate change minister put the number of affected "in different ways" far higher, at over 30 million.