The Japan Meteorological Agency issued a tsunami warning and cautioned citizens to be careful of buildings collapsing. A 30 cm tsunami later reached Ishinomaki Port, while a 20 cm wave reached Sendai Port, both in Miyagi Prefecture, according to the agency. 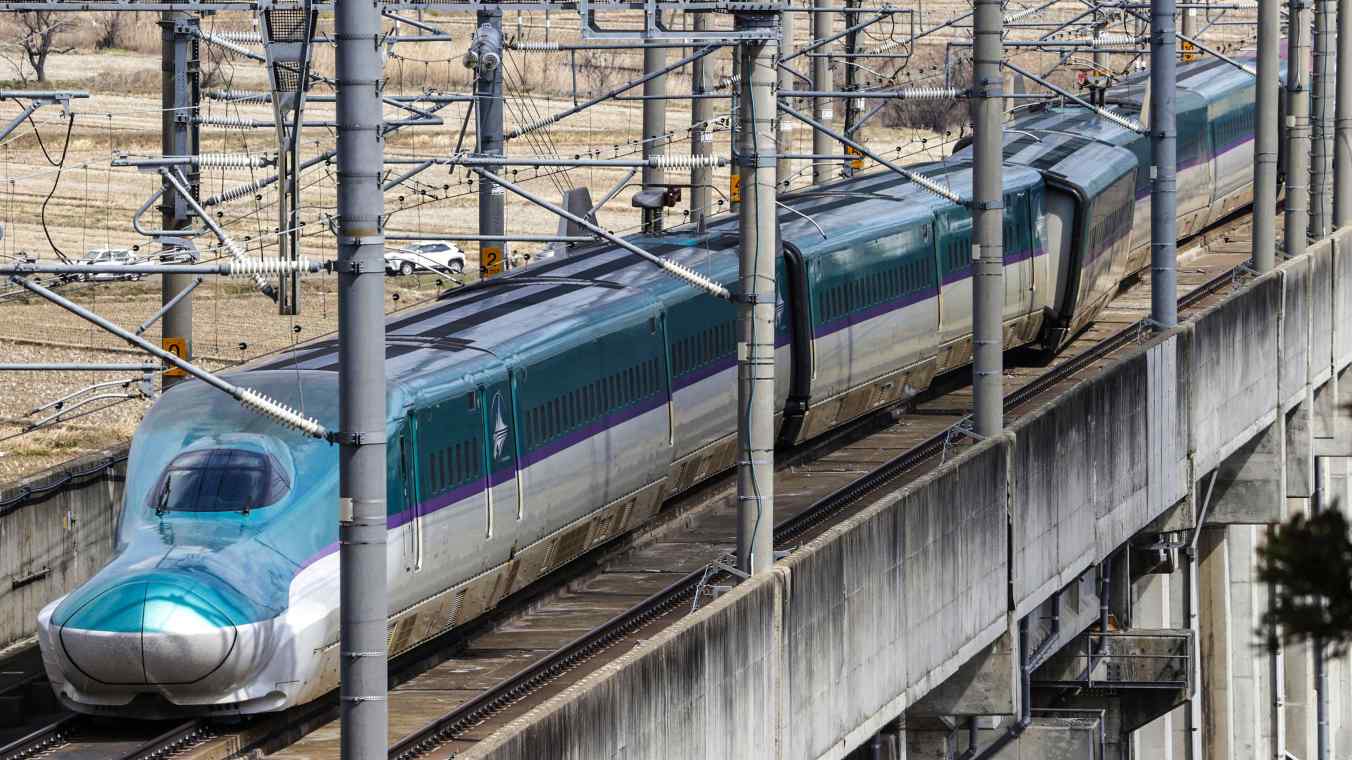 One of the quakes registered a magnitude of 7.3, the agency said, and it was as high as "upper 6" on Japan's 7-point seismic intensity scale in parts of Miyagi and Fukushima prefectures.

There were reports of several people hospitalized in the Fukushima Prefecture city of Soma. At least one man had died there because of the quake, Kyodo News reported.

The pumps for the fuel pool at Onagawa nuclear plant also turned off temporarily. A fire alarm went off in the building housing the No. 5 reactor at Fukushima Daiichi, but this was later confirmed to be a malfunction.

A bullet train headed from Tokyo to Sendai on the Tohoku Shinkansen line derailed with around 80 on board, but no injuries were reported. East Japan Railway, or JR East, will halt service on part of this route starting Thursday in order to clean up the site and inspect all tracks that experienced significant tremors.

"It will take a significant amount of time" before all service can resume, the company said. 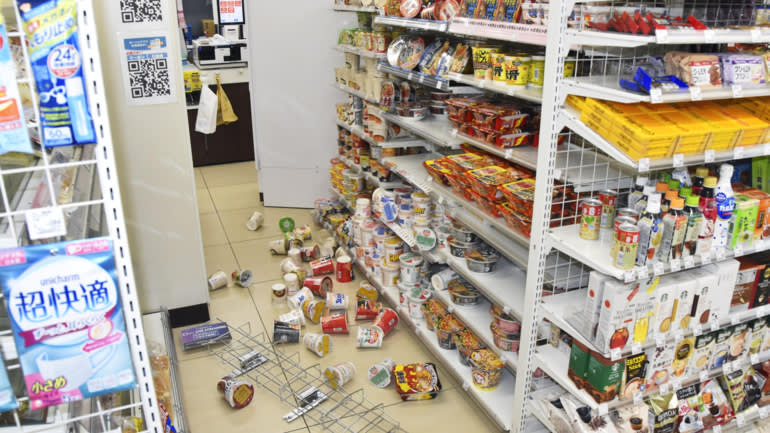 Merchandise fell off the shelves at a convenience store in Fukushima following a major earthquake on March 16.   © Kyodo

Roughly 150,000 households serviced by Tohoku Electric Power and another 2.08 million serviced by Tepco had lost power, Chief Cabinet Secretary Hirokazu Matsuno told reporters early Thursday. He warned of possible aftershocks on a similar scale occur over the next week or so.

In response to the earthquakes, Prime Minister Fumio Kishida ordered relevant agencies to swiftly assess the extent of the damage and to work closely with local authorities on rescue operations.

Early Thursday, the meteorological agency warned in an emergency news conference to stay away from the sea. In the past, there has been a 10% to 20% likelihood that a quake of a similar scale would hit again within a week, an agency spokesperson said.

People should be careful of large earthquakes, especially in the coming two to three days, the spokesperson said.

The two large earthquakes struck at 11:34 p.m. and 11:36 p.m., and it was with the latter that parts of Tokyo experienced a blackout.

In Tokyo's normally bustling Kichijoji district, a complete blackout knocked the lights out at the station, restaurants, convenience stores and entire residential areas. 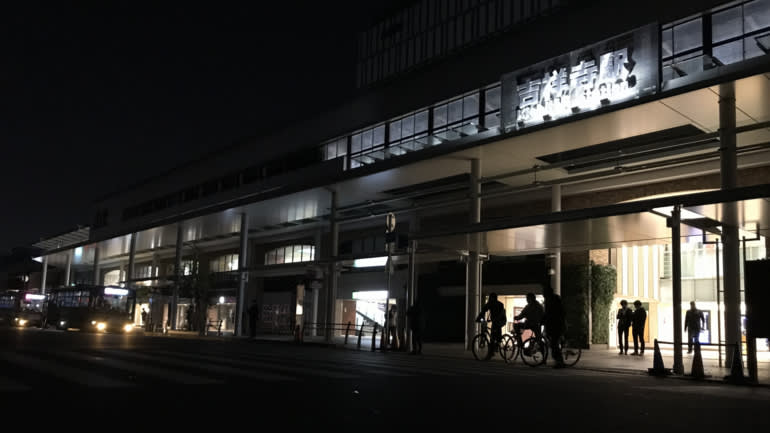 Lights went out at Kichijoji Station in Tokyo after a powerful earthquake struck Japan on March 16. (Photo by Ken Moriyasu)

Residents in older apartments spilled out into the street, fearing that their buildings would collapse. Many used their smartphones as flashlights as they walked toward the wider streets around the station.

At 12:01 a.m. on Thursday, emergency lights kicked in at the station -- but the department stores and izakaya pubs surrounding it remained in the dark.

"What are we going to do if the lights don't come back tomorrow?" a yakitori restaurant staffer asked his colleague around 12:30 a.m., nearly one hour after the lights had gone out. "I'll come first thing tomorrow morning," he said, before pulling down the shutters and calling it a day.

In front of the famous seven-story Uniqlo store where mannequins spin in every floor window, the traffic lights went dark. Police officers took to the crossroad with lighted red batons, shouting messages to one another. "Pedestrians will cross now!" an officer said before switching to "Cars will cross now!" half a minute later. The back and forth continued as residents and commuters looked on worriedly.

At 1:09 a.m., more than an hour and a half after the blackout, the lights in the Kichijoji area suddenly came back on.