6.2 quake and strong aftershocks cause three landslides and damage bridges 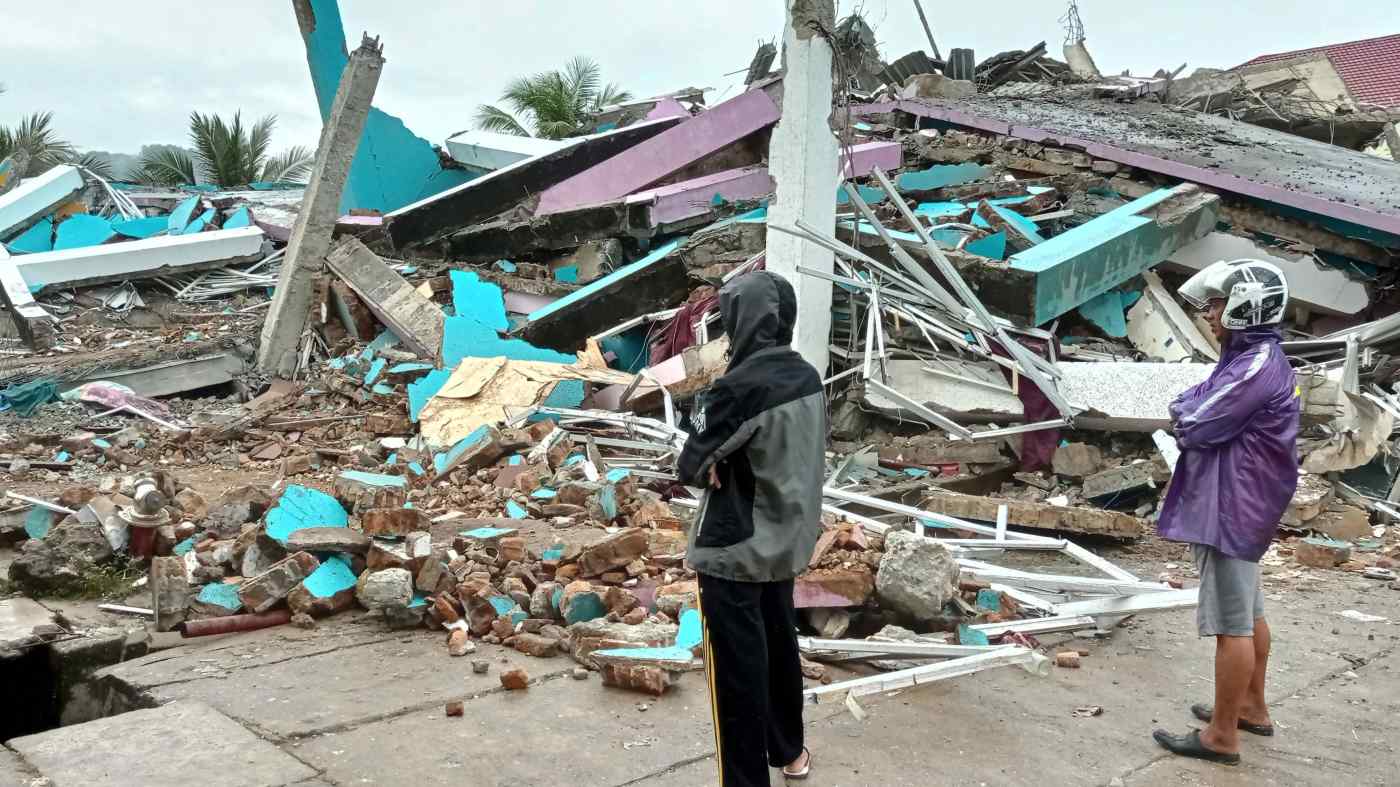 JAKARTA (Reuters) -- A 6.2-magnitude earthquake on Indonesia's Sulawesi island killed at least 35 people and injured hundreds on Friday, with the meteorological agency warning of aftershocks, possibly strong enough to trigger a tsunami.

The powerful quake struck 6 km (3.73 miles) northeast of the town of Majene, at the relatively shallow depth of 10 km, just before 1.30 a.m., sending thousands of frightened residents out of their homes and fleeing for higher ground.

The earthquake and aftershocks caused three landslides, cut electricity, damaged bridges to regional hubs such as the city of Makassar, and damaged more than 60 homes, two hotels and the provincial governor's office, where at least two people were buried under rubble, authorities said.

"Praise be to God, for now OK, but we just felt another aftershock," said 26-year-old resident Sukri Efendy.

Darno Majid, chief of the disaster agency in West Sulawesi, told Reuters that 35 people had been killed in Majene, and in the neighbouring district of Mamuju, with more deaths likely to be confirmed as rescue workers fanned out.

Initial information from the national disaster mitigation agency showed that 637 people had been injured in Majene, and two dozen in Mamuju.

No tsunami warning was issued but the head of Indonesia's Meteorology and Geophysics Agency (BMKG), Dwikorita Karnawati, told a news conference that aftershocks could follow, with a possibility that another powerful quake could trigger a tsunami.

There had been at least 26 aftershocks, she said, with Friday's quake preceded by a 5.9 magnitude quake on Thursday afternoon.

Pictures of the aftermath appeared on social media as the head of the disaster agency and social affairs minister were scheduled to fly in.

Videos showed residents fleeing to higher ground on motorcycles, and a child trapped under the rubble as people tried to remove debris with their hands.

Straddling the so-called Pacific Ring of Fire, Indonesia is regularly hit by earthquakes.

In 2018, a devastating 6.2-magnitude quake and subsequent tsunami struck the city of Palu, in Sulawesi, killing thousands.

A 9.1 magnitude quake off the north of Indonesia's Sumatra island on Boxing Day 2004 triggered a tsunami that swept over coastal areas of Indonesia, Sri Lanka, India, Thailand and nine other countries, killing more than 230,000 people.