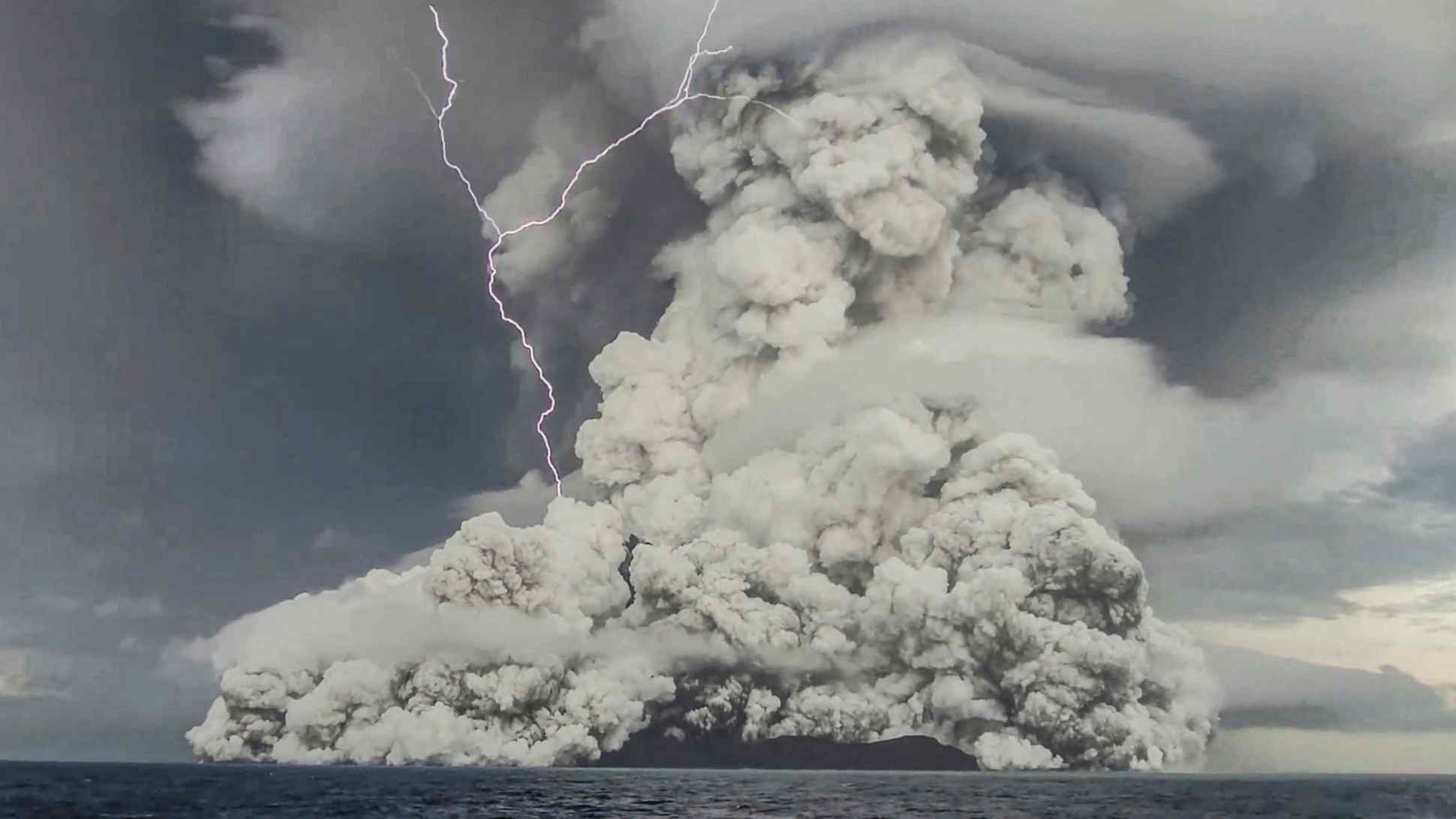 On the morning of Jan. 15 (GMT), there was a massive eruption of an underwater volcano in the waters off Tonga, producing a plume over 16,000 meters high. Shock waves from the eruption, which experts described as a "once-in-a-century" event, rippled through Earth's atmosphere and the Pacific Ocean.

The plume broke the surface of the water at about 4 a.m. (GMT), and within two hours had expanded to a radius of several hundred kilometers. These images were created based on images from the National Institute of Information and Communications Technology (NICT) and the U.S. National Oceanic and Atmospheric Administration (NOAA) geostationary satellite GOES-17.