Thousands of residents evacuate to higher grounds after magnitude-8.1 quake 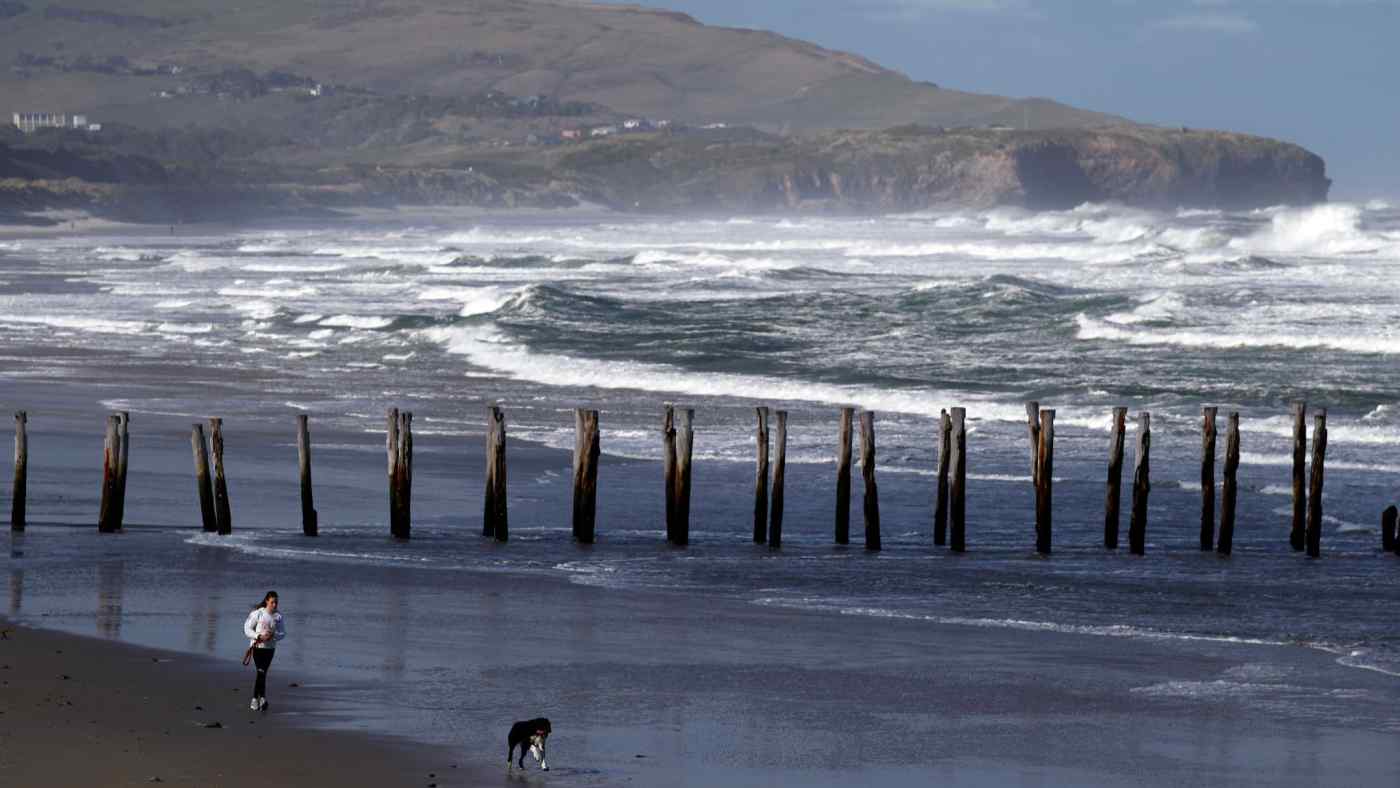 WELLINGTON (Reuters) -- Thousands of New Zealanders on the east coast of the country's North Island evacuated to higher ground on Friday after a third offshore earthquake in less than eight hours triggered tsunami sirens and warnings.

Workers, students and residents in areas like Northland and Bay of Plenty were assisted by civil defence officials as authorities said tsunami waves could reach three metres (10 feet) above tide levels.

There were no reports of damage or casualties from the quakes.

New Zealand's National Emergency Management Agency (NEMA) said the first waves would arrive on New Zealand's north shores by about 9:45 a.m. It said areas under threat were from the Bay of Islands to Whangarei, from Matata to Tolaga Bay including Whakatane and Opotiki, and the Great Barrier Island.

Warnings were also issued for other Pacific islands like Tonga, American Samoa, Fiji, Vanuatu, Hawaii and others.

Australia issued a marine tsunami threat for Norfolk Island, a tiny Australian territory with about 1,750 residents, but said there was no threat to the mainland.

Norfolk Island residents in areas threatened by land inundation or flooding were advised to go to higher ground or inland, the Bureau of Meteorology said. Residents were also told to get out of the water and move away from the water's edge at beaches, marinas, coastal estuaries and rock platforms.

Chile said it could experience a minor tsunami.

The 7.2 magnitude earthquake that struck off the east of New Zealand's North Island was felt by more than 60,000 people across the country with many describing the shaking as "severe". Aftershocks were still being recorded in the area.

"People near the coast in the following areas must move immediately to the nearest high ground, out of all tsunami evacuation zones, or as far inland as possible. DO NOT STAY AT HOME," NEMA said on Twitter.

"The earthquake may not have been felt in some of these areas, but evacuation should be immediate as a damaging tsunami is possible," it added.