Tonga re-connects to world as submarine cable restored after tsunami 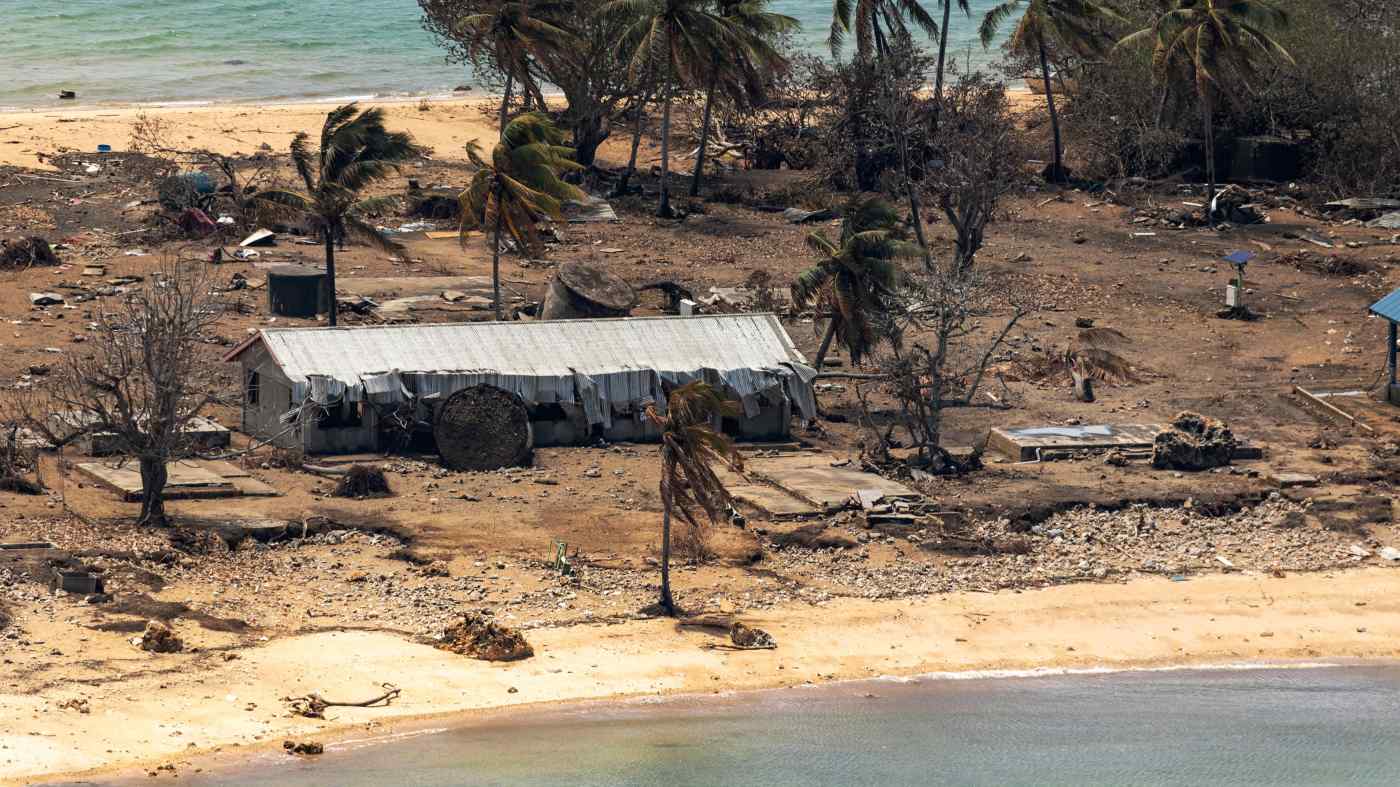 SYDNEY (Reuters) -- Tonga was re-connected to the world on Tuesday following repairs to a submarine cable, officials said, a month after a volcanic eruption and tsunami cut communications to the remote Pacific island nation.

"People on the main island will have access almost immediately," Tonga Cable chief executive James Panuve told Reuters by telephone after a repair ship handed over the restored cable on Tuesday afternoon.

School chaplain Penisimani Akauola Tonga was among those getting back online for the first time since the disaster struck the tiny island nation in mid-January.

"First post on Facebook since January 15th! So Blessed for the opportunity! Malo Tonga Cable & Tonga Government!" he wrote.

Tongans have struggled with makeshift satellite services as the repairs to the cable were made.

The repair ship Reliance took 20 days to replace a 92-km (57-mile) section of the 827-km submarine fiber optic cable that connects Tonga to Fiji and other international networks.

The next job would be to repair the domestic cable connecting the main island of Tongatapu with outlying islands that were worst hit by the tsunami, which could take six to nine months, said Panuve.

"We don't have enough cable," he added.

One of two major service providers, Digicel, said in a statement all its customers on Tongatapu and Eua islands were connected to the outside world as data connectivity was restored.

Digicel Tonga chief executive Anthony Seuseu said in a statement that the company would look at "increased investment and network optimization to prepare better for a catastrophic event ... in the future."

Digicel's Pacific business was bought by Australian telecommunications company Telstra in October with financing by the Australian government.