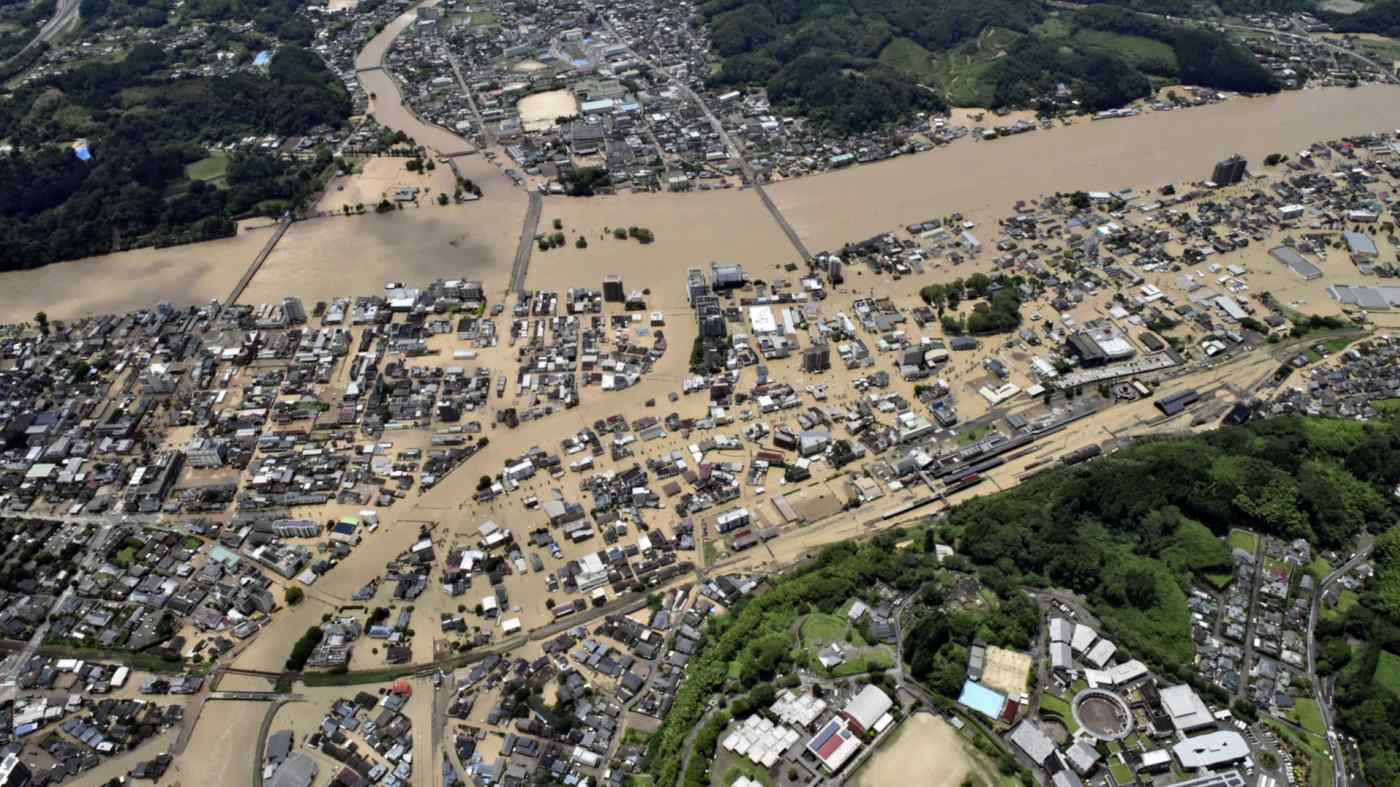 Hitoyoshi, in the southwestern prefecture of Kumamoto, is soaked after the Kuma River overflowed.   © Kyodo
July 4, 2020 13:50 JST | Japan
CopyCopied

Two people rescued from a mudslide in Tsunagi showed no vital signs, the Kumamoto prefectural government said. There were also reports that around 10 people could not be contacted in one of the flood-hit towns in the prefecture.

The Japan Meteorological Agency raised heavy rain warnings in many parts of the prefectures to the highest level shortly before 5 a.m., the first time it has done so for the two prefectures.

Amakusa in Kumamoto Prefecture had seen record precipitation of 98 millimeters per hour, according to the agency. With the Kuma River in Kumamoto overflowing and causing extensive flooding, the prefectural government requested the dispatch of Ground Self-Defense Force personnel for disaster relief work.

Prime Minister Shinzo Abe told an emergency meeting with some ministers that about 10,000 SDF troops would be mobilized for relief efforts, ordering the immediate shipment of relief supplies for affected residents.

Haruka Yamada, 32, a resident of the town of Ashikita in Kumamoto, said nearby houses were already flooded when she woke up to the sound of rain around 4 a.m.

"I saw large trees and parts of houses being washed away and heard them crashing into something. The air is filled with the smell of leaking gas and sewage," she said.

A rain front that brought the downpour in Kumamoto and Kagoshima as well as Miyazaki Prefecture bordering them is expected to straddle western and eastern Japan areas through Sunday, the weather agency said, warning of heavy rain particularly in parts of western Japan.