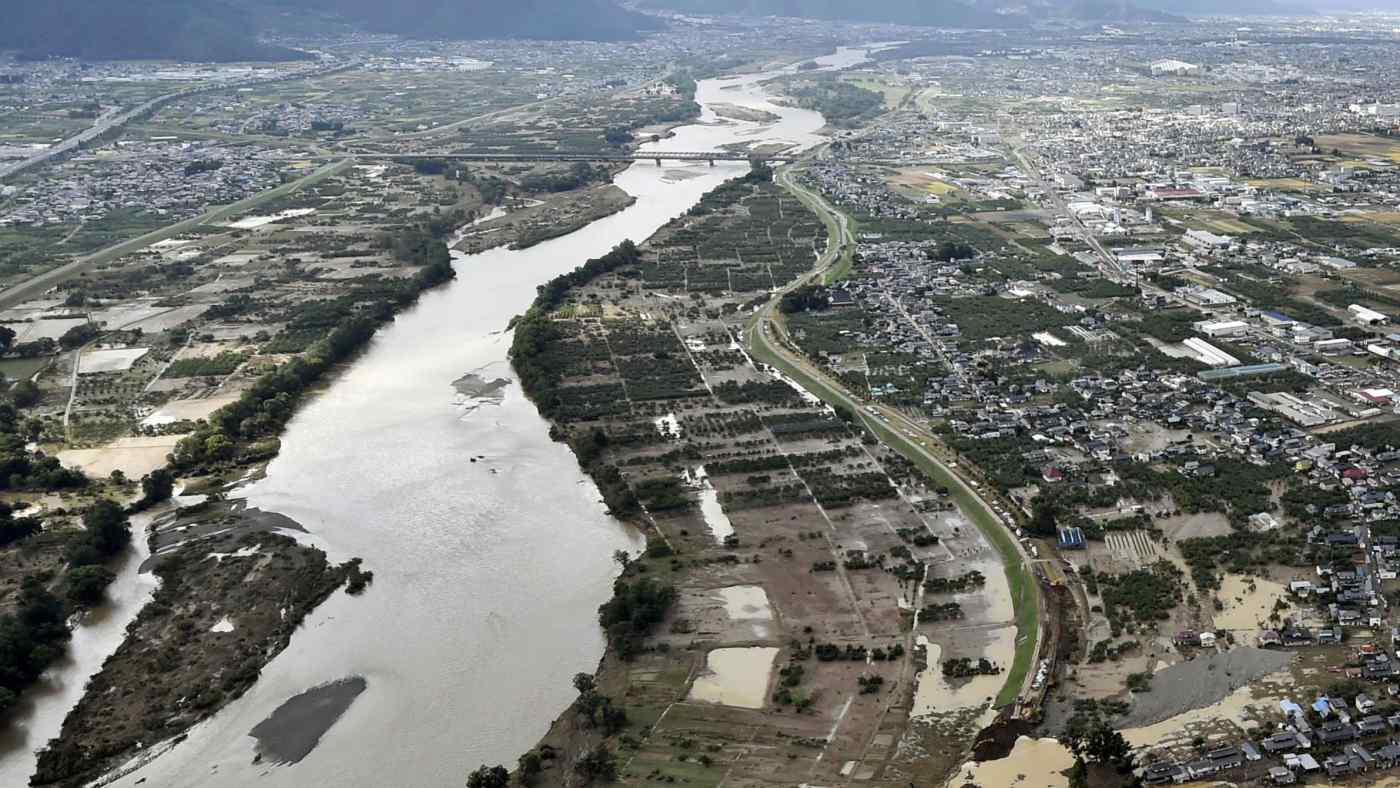 TOKYO -- Typhoon Hagibis, which dumped torrential rains on eastern and northern Japan from Saturday night to early Sunday morning, left a trail of economic as well as physical damage in its wake.

Flooding and power outages delayed deliveries and cut mobile communications, as well as forcing many retailers to stay shut over a three-day weekend. Some auto parts plants have also remained closed in the aftermath of the storm.

By Tuesday morning, flooding and landslides had left 56 people dead and 16 missing across 11 prefectures.

As of 9 a.m., logistics company Yamato Transport had stopped accepting parcels for delivery to some areas of Miyagi, Chiba and Nagano prefectures in eastern and northern Japan. A sales office in the city of Nagano, a hub for northern Nagano Prefecture, stopped accepting parcels for 30 municipalities due to flooding. Parts of Miyagi and Tochigi prefectures were also inundated by the typhoon, forcing some Yamato branches to shut down.

Forty-five gas stations across eastern Japan were unable to operate, according to the National Federation Petroleum Commercial Associations. Flooding along the Abukuma River forced more than 10 gas stations in Fukushima Prefecture to close temporarily. Several gas stations in Nagano, Niigata and Ibaraki prefectures were also forced to suspend operations.

"Flooding has made it impossible for gas stations to deliver gas. There is nothing we can do but to wait for the flooding to subside," said a representative of the National Federation Petroleum Commercial Associations.

As of early Tuesday morning, NTT Docomo and KDDI's mobile phone service was partially or completely cut off in parts of Tokyo and nine other prefectures due to power outages and storm damage. SoftBank is also experiencing communications failures in many areas.

Convenience stores are gradually returning to normal operations, but some shops will not reopen anytime soon.

Seven-Eleven Japan said about 30 of its Seven-Eleven convenience stores in the Kanto region that includes Tokyo; Koshinetsu, comprising three prefectures to Kanto's west; and northeastern Japan's Tohoku region; remain closed as of 4 p.m. Monday and cannot reopen, mainly because of flooding and a lack of water and power. The company had directed about 1,000 outlets to close on Saturday. But in the end, around 4,000 shops closed for the day.

In the automotive industry, Toyota Motor and Honda Motor brought suspended plants back online Monday in areas such as Mie and Saitama prefectures. But some of their parts suppliers remained shut down.

In Iwaki, Fukushima Prefecture, a plant belonging to Alps Alpine subsidiary has yet to restart an assembly line for car speakers due to waterlogged production equipment. The factory may stay closed for 10 days or more, depending on how quickly power and water are restored, a company representative said.