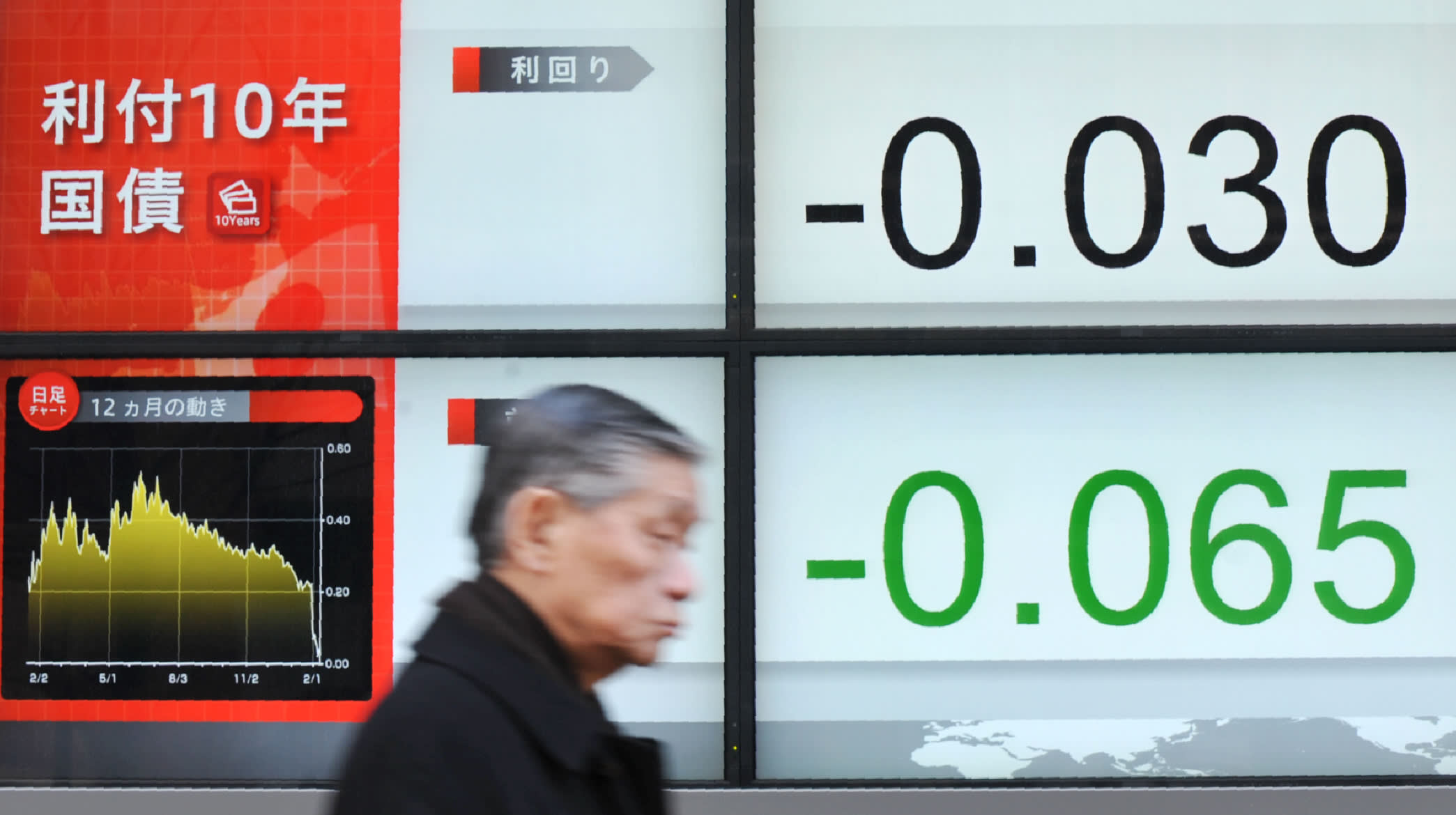 TOKYO -- Hopes are high for the Bank of Japan's new negative interest rate policy, which took effect Tuesday. But anyone expecting a quick economic boost may be disappointed: Before the move produces any benefits, businesses and consumers will likely take a knock.

Negative interest rates on reserves held by commercial banks at the central bank put strong pressure on the lenders to reduce their yen deposits. BOJ Gov. Haruhiko Kuroda is hoping banks will funnel that money toward loans and investment, spurring corporate and consumer spending. But it is unclear whether the surprise policy move will ignite such activity. On Monday, U.S. rating agency Standard & Poor's released estimates saying the shock monetary therapy will depress operating profits by 8% at major Japanese banks and by 15% at smaller regional lenders. The impact on regional banks will be bigger because they depend more on interest income for profits than their larger counterparts.

Concerns about such declines have sent many bank stocks plunging in the past two weeks. The institutions are seeking to cushion the blow to profits by limiting yen deposits. Some, for example, are trying to entice depositors to park their money in foreign currency deposits by offering high interest rates.

On Feb. 4, Rakuten Bank introduced hefty interest rates on deposits denominated in the South African rand. The online bank is offering, for instance, a 50% annual interest rate on one-week time deposits in the currency. Despite the exchange rate risk involved in foreign currency deposits, the products Rakuten is offering in its campaign to boost foreign currency deposits have proved popular.

Spooked by the policy shift, Japan Post Bank decided to change its deposit strategy at a Jan. 29 board meeting. The banking unit of the Japan Post Holdings postal and financial services group decided not to offer interest rate incentives or other enticements aimed at keeping depositors from taking their money elsewhere when a wave of time deposits reaches maturity in the next three years.

Depositors are not the only ones who will take a hit -- at least initially -- from the central bank's attempt to stoke consumption and investment.

Investors in money reserve funds, highly safe bond instruments that they use to park idle cash, may suffer losses. MRFs have some 10 trillion yen ($87 billion) under management.

On Feb. 9, an industry organization called on the BOJ to exempt savings in MRFs from the negative interest policy. But the central bank has not indicated it will do so.

After announcing its negative interest policy on Jan. 29, the BOJ was deluged by phone calls from financial institutions urging it to clarify who exactly will be affected by the change.

What is clear is that the BOJ is not looking to guide rates on loans or yields on government bonds below zero. A rate of minus 0.1% has been applied only to a delineated portion of reserves in commercial banks' current accounts at the central bank. Idle cash at financial institutions is automatically transferred to the bank.

Even a smaller negative interest rate of, say, 0.05% would serve as an incentive for financial institutions to expand their lending to other banks or stock up on more government bonds. But it is hard to predict whether interbank rates in the call money market will also fall below zero.

That is because many banks may refrain from call money market transactions because their systems for borrowing and lending in the market are not capable of handling negative rates.