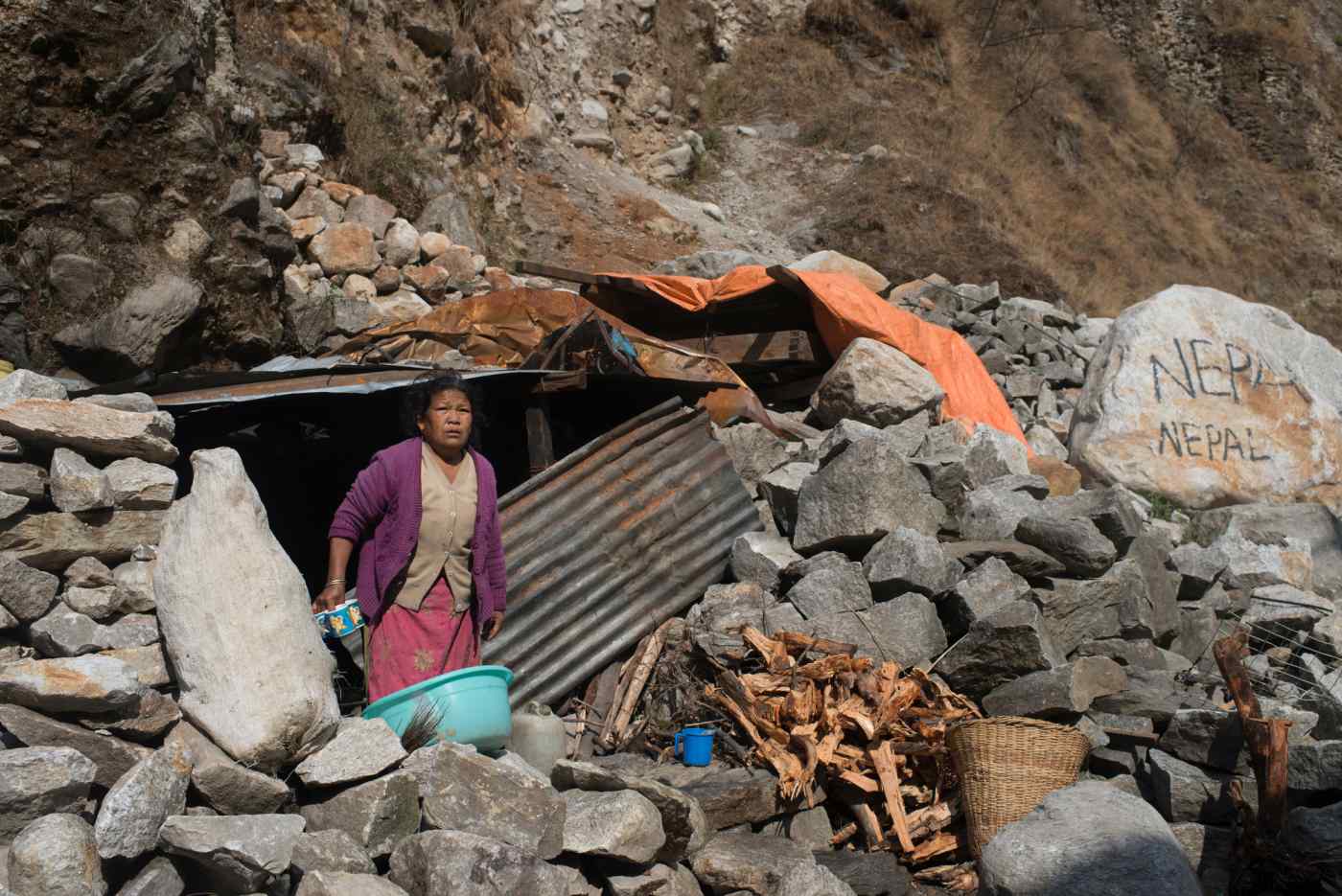 LIPING, Nepal -- The small village of Liping, just next to Nepal's border with Tibet, is still reeling from the impact of a series of devastating earthquakes that struck Nepal from April 25, 2015.

The highway that runs through the village, once the main northern border crossing with China, remains essentially closed 11 months after the quake. The road is still strewn with rocks and debris and China has all but closed the border gateway. Cross-border traffic has now been routed through Rasuwagadhi-Kerung, north of Nepal's capital, Kathmandu.

Liping village, once a busy trading center for traders and business people from China, India and Nepal, today looks like a ghost town. Around 75% of the population of about 350 households left Liping and moved to nearby villages or to Kathmandu.

Although the Nepalese government says it is now "assessing" the extent of the damage, the area appears virtually untouched since the earthquake and after-tremors destroyed buildings and roads. Local people , who relied mainly on trade and tourism for their livelihoods, have little to do since China closed the border crossing in the aftermath of the quake.

Chinese authorities are said to be concerned about the safety of trucks and cars driving through the area, due to the increased prospect of further landslides on the roads as the rainy season approaches.

The Liping villagers are struggling to survive on a daily basis, relying on community spirit to keep them going through troubled times. But the going is tougher than ever, as the steady exodus of locals illustrates. The main problem, according to locals, many of who reside in damaged dwellings, is official neglect and apathy. On top of that is the ever-present threat of more landslides or worse, another quake.

For the survivors in Liping, that would be the last straw. But one year after the quake, a follow-up visit showed that few people here have options other than to get by as best they can - and wait, as they have for a full year, for official help to rebuild their lives and revive commerce.

As highlighted in the accompanying photos, Liping's residence amid the destitution continue to show resilience, courage and above all, hope. 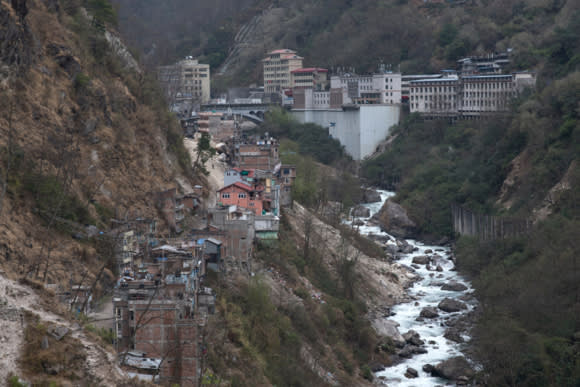 View of Liping village in Nepal and the Araniko highway and bridge into Tibet in April 2016. After the earthquake last April, the main route into China became hazardous for travellers. (Photo by Vincenzo Floramo). Several big rocks slammed into this house in Liping during the April 2015 earthquake. Many residents left the village for Kathmandu and have yet to return. (Photo by Vincenzo Floramo). Sasha Magar, 37, stands in front her destroyed house in April 2016. Her husband died in the earthquake last April and left her with two daughters. She is now living with her brother in a nearby village. (Photo by Vincenzo Floramo). People abandoned their household goods as they fled to Kathmandu or nearby villages for shelter and safety in April 2016. (Photo by Vincenzo Floramo). Palbur Nepali, a 65-year-old tailor in Tatopani, a village near Liping, survived the earthquake and continues to live in his damaged house in April 2016. His family has moved to another nearby village. (Photo by Vincenzo Floramo). A local Sherpa woman stands in front of a closed bank in Liping in April 2016. Most businesses remain shut, except for those selling food. (Photo by Vincenzo Floramo). Kahn Sherwin, 51, stands in front of her house in Liping that was severely damaged by cascading boulders in the 2015 quake. She now lives in a nearby village. (Photo by Vincenzo Floramo).
CopyCopied