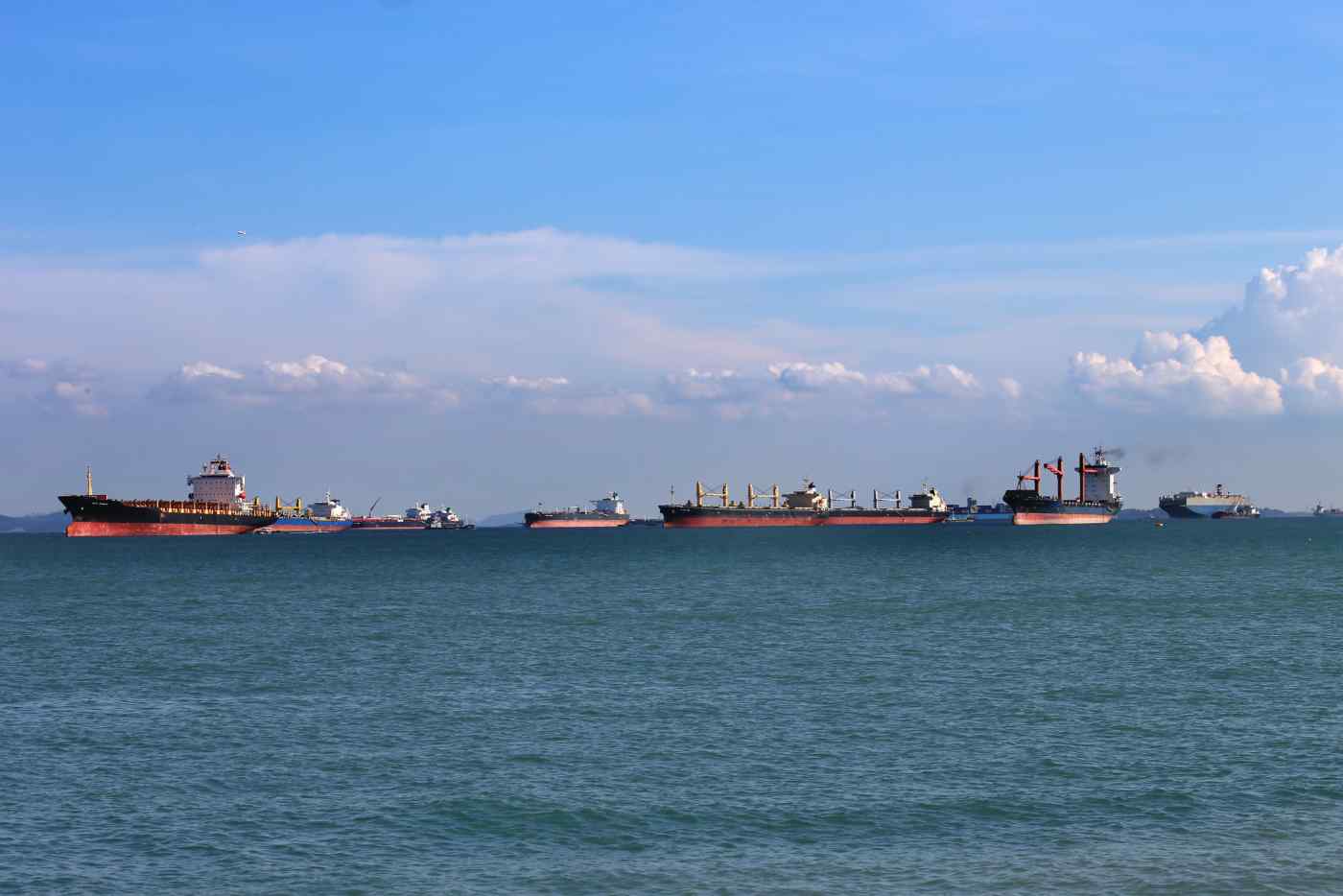 Is the Association of Southeast Asian Nations still relevant? Its inability to reach a consensus over claims, counterclaims and great power rivalries in the South China Sea has exposed cracks in the group's unity, prompting academic commentators and journalists to question its future.

Without a minimally credible answer to that question, ASEAN will be marginalized but will not disappear. Regular meetings of leaders and ministers will be held with pomp and ceremony. Solemn statements will be issued. But will anyone take much notice?

The perception that ASEAN is adrift over China's role and conflicting claims in the South China Sea began with its failure to reach a consensus on the issue under Cambodia's chairmanship in 2012. More recently, ASEAN could not make a joint response to the July ruling by an international tribunal in The Hague that favored the Philippines' case against China's maritime claims. Later that month, the ASEAN ministerial meeting in Vientiane narrowly avoided a repeat of the 2012 fiasco, eventually agreeing at the eleventh hour on a joint statement, whose paragraphs on the South China Sea made no explicit mention of the tribunal's ruling.

ASEAN's claim to "centrality" has been questioned by China when it comes to the South China Sea, which is a major international waterway. Vital trade routes pass through it, and the skies above it are among the busiest in civil aviation. It also occupies a uniquely strategic position connecting the Pacific Ocean with the Indian Ocean and the Persian Gulf. This is an issue of international concern. If ASEAN cannot take a position on such a crucial matter in its own region, why should anyone take it seriously?

But the territorial dispute is not the most important issue on ASEAN's agenda. Economic integration is of greater long-term geopolitical significance to the bloc.

This is why the ASEAN Economic Community, or AEC, is important. The bedrock of ASEAN's relevance and centrality must be economic.

The future vision of the AEC, which was formally established on Dec. 31 last year, does not lack boldness. It proposes creating a single market and production base in Southeast Asia. The question, as always in ASEAN, is implementation.

"Community" is perhaps too loaded a term to describe ASEAN's goals. It connotes supranationality. This is not on the agenda, except in very limited dimensions. ASEAN borrowed the term "community" from the EU when the EU's feet of clay were less evident. Now that the overly ambitious European project has become so obviously entangled in the knots of its own internal contradictions, why should we want to go down that road?

ASEAN does not deny the reality of nationalism or try to supplant it with some delusional higher purpose. The region's geopolitical location, at the intersection of major power interests, puts sovereignty at continual risk; accordingly, ASEAN harnessed the nationalisms of its members to a mechanism that could enhance their capacity to retain autonomy by channeling those nationalisms to this goal. It is a goal we all share, whatever our other differences.

This is ASEAN's basic and enduring purpose. What underlies ASEAN was and remains a consensus on having a consensus: even if it is only a consensus on goals that we know full well cannot -- or can only partially -- be realized. Any other mode of decision-making risks even minor differences of interests turning into major rifts with unpredictable consequences.

SETTING ASIDE DIFFERENCES Southeast Asia is a diverse region where visceral issues of race, language and religion will always be major factors in interstate politics. Better to set aside areas where consensus cannot be reached, or just agree only on a form of words, because who knows where disagreement may lead us in a region of endemic great power competition?

The AEC and the other community pillars are thus as much instruments as ends in themselves. To adapt a quote from a European democratic socialist of the 19th century, Eduard Bernstein: "This goal, whatever it may be, is nothing ... the movement is everything."

Substance cannot be entirely disregarded. The AEC in particular has significance beyond ASEAN's other two pillars of creating political-security and socio-cultural communities. The original geopolitical context of ASEAN was the Cold War era, which was dangerous but essentially simple in structure. Today's geopolitical context is far more complex.

China and the U.S. are searching for a new equilibrium between themselves and ASEAN. A Sino-American conflict is unlikely, but their competition for influence is growing stronger.

The root cause of the divisions in ASEAN is a change in the way some members calculate their national interests. Every ASEAN member wants the best possible relationship with both superpowers, but China is looming ever larger in economic calculations, particularly on mainland Southeast Asia. Those countries that now privilege China -- Cambodia, for example, where Hun Sen said he had made a "political choice" for China -- are acting rationally by their own perspective and it is futile to grumble about their choices. We must try to change their calculations of interests. All seek a balance that will enable them to avoid invidious choices and preserve maximum autonomy. In this respect, ASEAN's original and continuing purpose is more important than ever.

In addition to ASEAN-China projects, the connectivity infrastructure envisaged under Chinese President Xi Jinping's "Belt and Road Initiative" and burgeoning trade ties are binding southwest China and Southeast Asia into one economic space. This is to be welcomed on economic grounds but undoubtedly also gives China more political influence. For some, in particular the newer and less developed members, China represents the best -- and perhaps only -- hope of moving up the economic value chain.

These developments are reinforcing powerful centrifugal forces that are pulling ASEAN away from its preferred balance, with potentially profound political and strategic consequences.

The economic logic of ASEAN-China economic cooperation will not be derailed by tensions over the South China Sea and has been welcomed by all ASEAN members, even the claimant states. China is an important economic partner and we would be foolish to reject cooperation. Nor will the "new normal" of slower Chinese growth deflect this trajectory.

The AEC cannot replace China in the economic calculations of ASEAN members. An AEC that achieves its goals of a common market and common production platform could broaden options, mitigate China's influence and enhance ASEAN's attractiveness. But it will not be easy. The key issues in the next phase of regional economic integration -- non-tariff barriers, services and some form of labor mobility -- are intrinsically difficult. Economic nationalism is high in some ASEAN members. Others are experiencing "buyer's remorse" over the current level of AEC commitments.

Some observers also see a contradiction between the U.S.-led Trans-Pacific Partnership pact and a Chinese-led Regional Comprehensive Economic Partnership that could divide ASEAN and East Asia. This is an exaggeration. All the ASEAN members of the TPP as well as Australia, New Zealand and Japan are also in the RCEP. Some have bilateral free trade agreements with both the U.S. and China. Beijing's attitude towards the TPP is no longer entirely negative.

But the non-TPP members of ASEAN could certainly be economically hurt if the TPP, as is likely, reorients regional supply chains as multinational companies adjust investment patterns to take advantage of its provisions. The forces drawing parts of Southeast Asia away from a desirable balance could strengthen, particularly as Indonesia, Thailand and the Philippines may have problems meeting TPP standards.

The AEC is not a magical silver bullet. But to the extent ASEAN 2025, the plan for the next decade of regional integration, is implemented and the AEC continues to move toward its goal of a common market and production platform, all the economic, political and geopolitical challenges can at least be mitigated and balanced and a minimal level of ASEAN cohesion maintained.

The main influence over the future of the AEC will be the domestic politics of key ASEAN members. Integration is never politically easy, no matter how compelling the economic or strategic logic.

No ASEAN member has sufficiently explained ASEAN's importance to its domestic constituency. We must all do more if the next phase of economic integration under the AEC is to receive the support it needs to move forward.

Bilahari Kausikan is a former permanent secretary and currently ambassador-at-large of Singapore's Ministry of Foreign Affairs; these are his personal views.