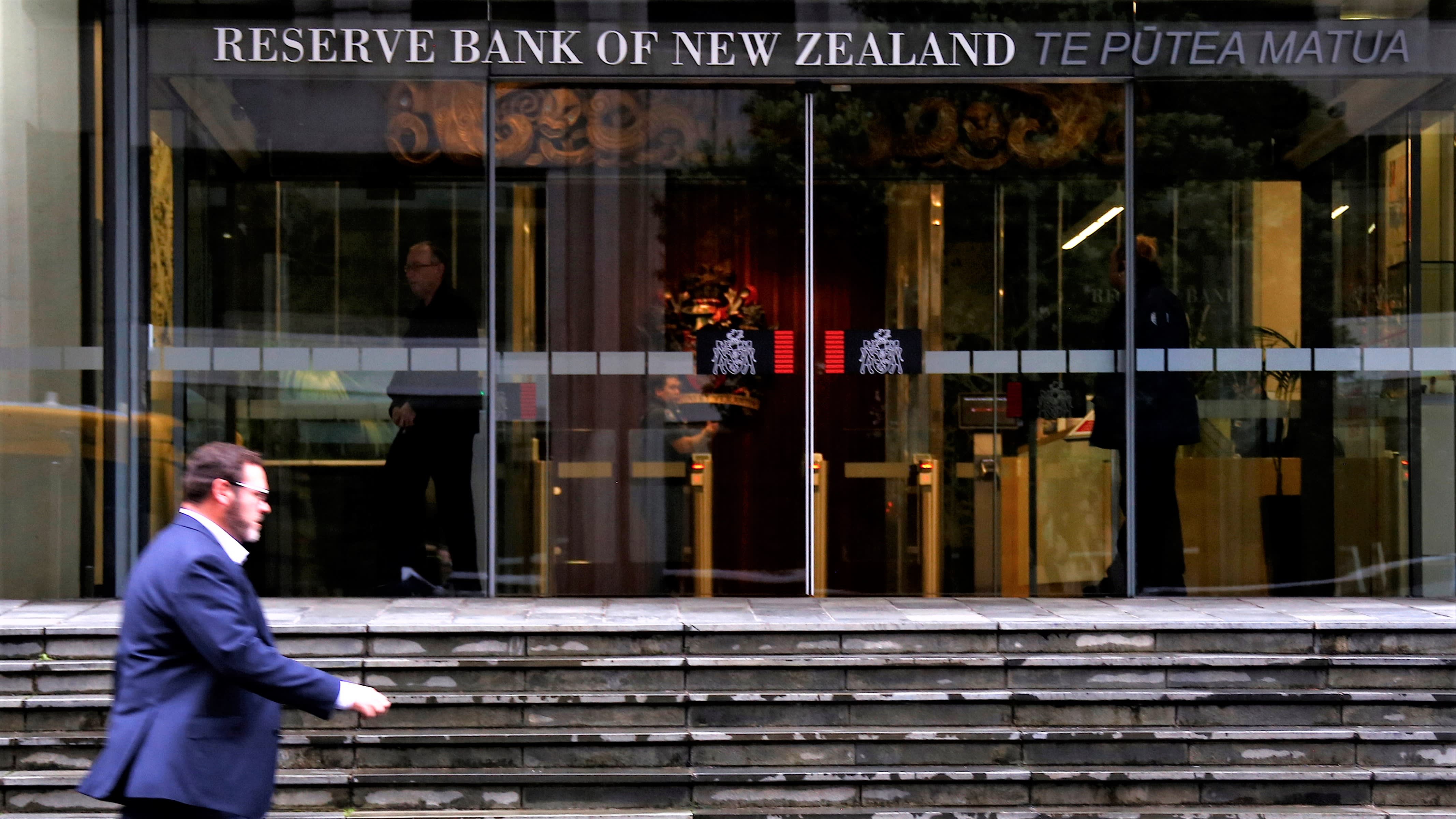 The Reserve Bank of New Zealand is following a monetary policy of "least regrets" -- meaning it would prefer to do too much too soon rather than too little too late.   © Reuters
DAVID BROOKS, Contributing writerNovember 10, 2020 13:41 JST | New Zealand
CopyCopied

WELLINGTON -- New Zealand's central bank this week is expected to announce plans to unleash a torrent of cheap money into the financial system -- and reiterate the possibility of negative interest rates early next year -- as it braces for further consequences from the COVID-19 pandemic.

But in the nation's streets, there is hardly a face mask to be seen, shops and bars are buzzing with life and containers of New Zealand's agricultural exports continue to be loaded on ships heading for export markets.

New Zealand's success in keeping the coronavirus out of the community in recent months is reflected in rising business confidence and strong retail activity. Housing prices and shares are at record levels. There are plenty of reasons to worry about the global outlook and its impact the country, but questions are being asked about the Reserve Bank of New Zealand's signaled plans to go negative.

"If I had a look at the economic data as it is, I scratch my head about why the Reserve Bank would be flagging a continuation of the same line it was rolling out in August," said independent economist Cameron Bagrie. "I wouldn't say the economy is on a stronger footing but it's certainly performed a lot better in the near term than what most people expected."

Part of the reason New Zealand's economy is beating expectations is the swift action taken by the central bank and the government since March to counter the initial impact of the pandemic. The government said it would spend up to 50 billion New Zealand dollars ($33.5 billion) to support the economy, while the Reserve Bank of New Zealand introduced quantitative easing through plans to purchase up to NZ$100 billion of government bonds.

The Reserve Bank has indicated that its next monetary policy statement, due on Wednesday, will include an announcement of a Funding for Lending Programme, or FLP. This would be designed to keep interest rates down by providing cheap funds to the country's banks for lending to customers.

It has already said that cutting its key interest rate, the overnight cash rate (OCR), from the current record low of 0.25% to below 0 is potentially in the pipeline. However, the bank has also so far maintained its guidance that the OCR will be held at 0.25% until March next year.

Economists for the country's four major retail banks have been predicting a likely cut to interest rates of between 50 to 75 basis points in April. Despite the brighter-than-anticipated economic picture, they are sticking with their projections for now, although some admit this is becoming less certain.

"Acting swiftly with fiscal and monetary policy has absolutely been the right approach, but the response is now set to become more complex," said ANZ chief economist Sharon Zollner. "Policymakers must still take into account a weak outlook and downside risks that are enormous, but stimulus ad infinitum is not feasible."

The New Zealand economy shrank by 12.2% quarter-on-quarter in the three months to June, half of which was under strict lockdown conditions that resulted in most retail and hospitality businesses being closed and people working from home. New Zealand's bars and shops are buzzing with life again, thanks to the country's success in wiping out COVID-19.   © Getty Images

Despite a small outbreak in Auckland in August and the return of some lockdown restrictions, the economy has bounced back well. Major bank economists have forecast growth of 8.5% to 13.5% in the September quarter, though they caution that the gloomy global outlook will be a drag on New Zealand.

"The recovery in New Zealand's economic activity looks to be uneven and risks to the economy are still skewed to the downside," ASB chief economist Nick Tuffley said.

The central bank's mandate is to keep inflation between 1% and 3% over the medium term and to support maximum sustainable employment. Inflation fell to 1.4% from a year earlier in the September quarter, while the unemployment rate rose to 5.3% in the same period from 4% in the previous three months.

The government has forecast a peak of 7.7% unemployment next year and New Zealand's economy will continue to be hampered by the continued closure of the borders to overseas tourists, the largest source of foreign income.

"We determined that it is better to risk doing too much too soon, rather than too little too late," Orr said earlier this year.

Still, others question the likely effectiveness of negative rates, given mixed views of such policies in Japan, Sweden and the European Union in recent years.

One negative side effect in Sweden was a surge in housing prices -- already a major concern in New Zealand, where prices rose 11.1% on the year to record levels in September.

There are also some doubts about the effectiveness of negative interest rates in spurring business investment and consumer spending amid uncertainty about economic prospects.

"When you take interest rates down you're telling people to spend more and save less, but we're already actually seeing the reverse," Bagrie said. "We're seeing people are hoarding cash in bank deposits."