Keidanren's Tokura says it will 'not budge in our stance on democracy, human rights' 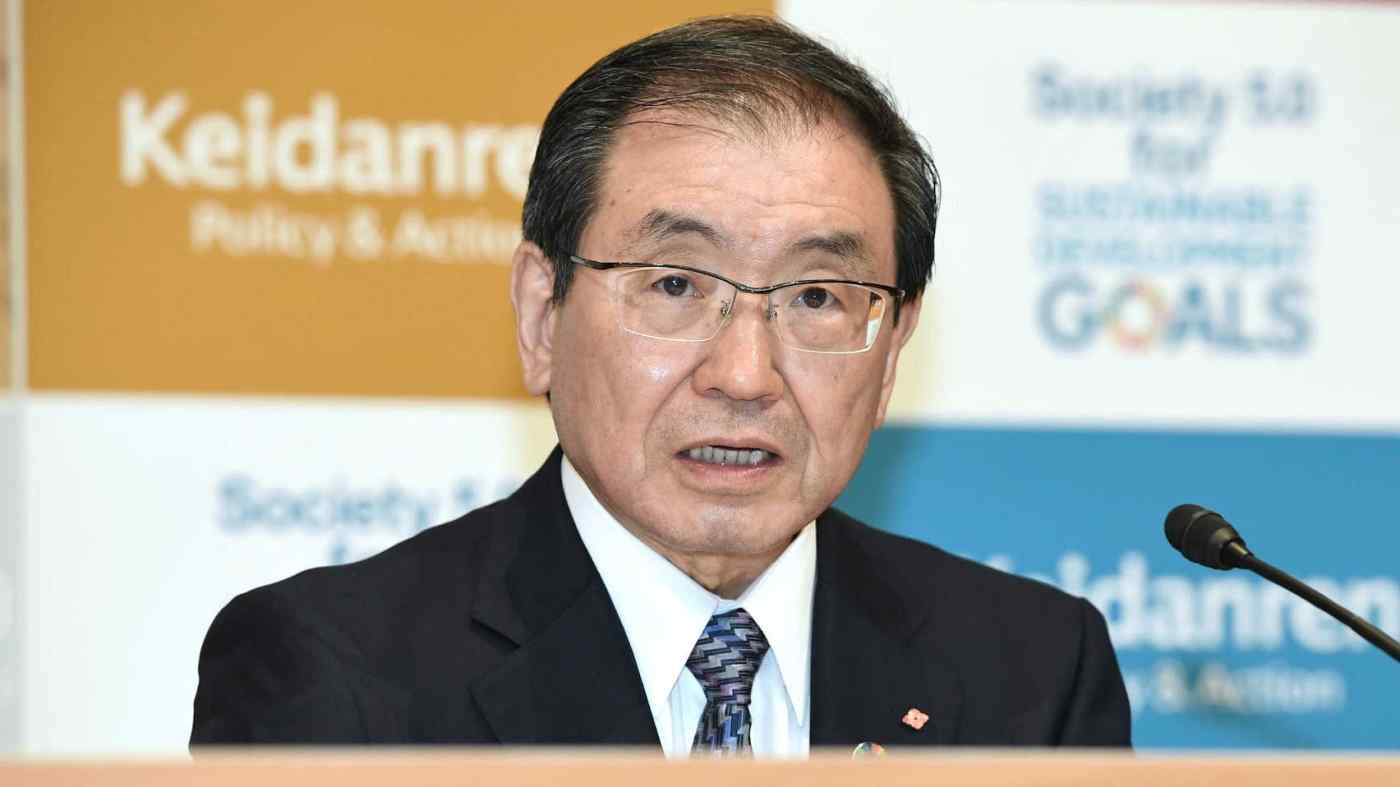 TOKYO -- The Japan Business Federation, or Keidanren, will soon replace its chairman at one of the most challenging junctures in the top corporate lobby's history.

This comes at a time when corporate Japan is not only grappling with the fallout from the pandemic, but also faces growing international skepticism of capitalism itself.

"I want Keidanren to be an organization that thinks of society as a whole and not just industry," Tokura said Monday. Citing economic security, he said: "We are in an age where the political and economic sectors cooperate closely. We plan to make various proposals."

In the U.S., major corporations have responded to public ire over inequality. The Business Roundtable has announced a move away from the "shareholder primacy" principle in a statement where CEOs pledge to benefit all stakeholders, including their employees and their communities.

Then there are the reports of forced labor by minority Muslim Uyghurs from China's Xinjiang region. Japanese corporations have yet to fully assuage concerns over such labor in their supply chains -- a step that will require unequivocal messaging from the business community.

"We will not budge in the slightest in our stance on democracy, human rights and other universal values," Tokura said. But it is "important to build stable relations between Japan and China," he said.

Tokura said the global shift away from carbon dioxide "has the potential to become a crisis if we do nothing, but also holds business opportunities."

The Japanese business community has not demonstrably formed a united front in actively pursuing decarbonization. Keidanren members include steelmakers, petroleum wholesalers, transport companies and others that cannot easily shrink their carbon footprints.

Keidanren's contribution to COVID-19 response has proved a challenge as well. The organization has championed the expansion of telecommuting, but the group has been unable to fully display the lobbying power that had influenced key government policies in the past.

Nakanishi's repeated hospitalizations for lymphoma treatment have disrupted his activities, and in turn Keidanren's.