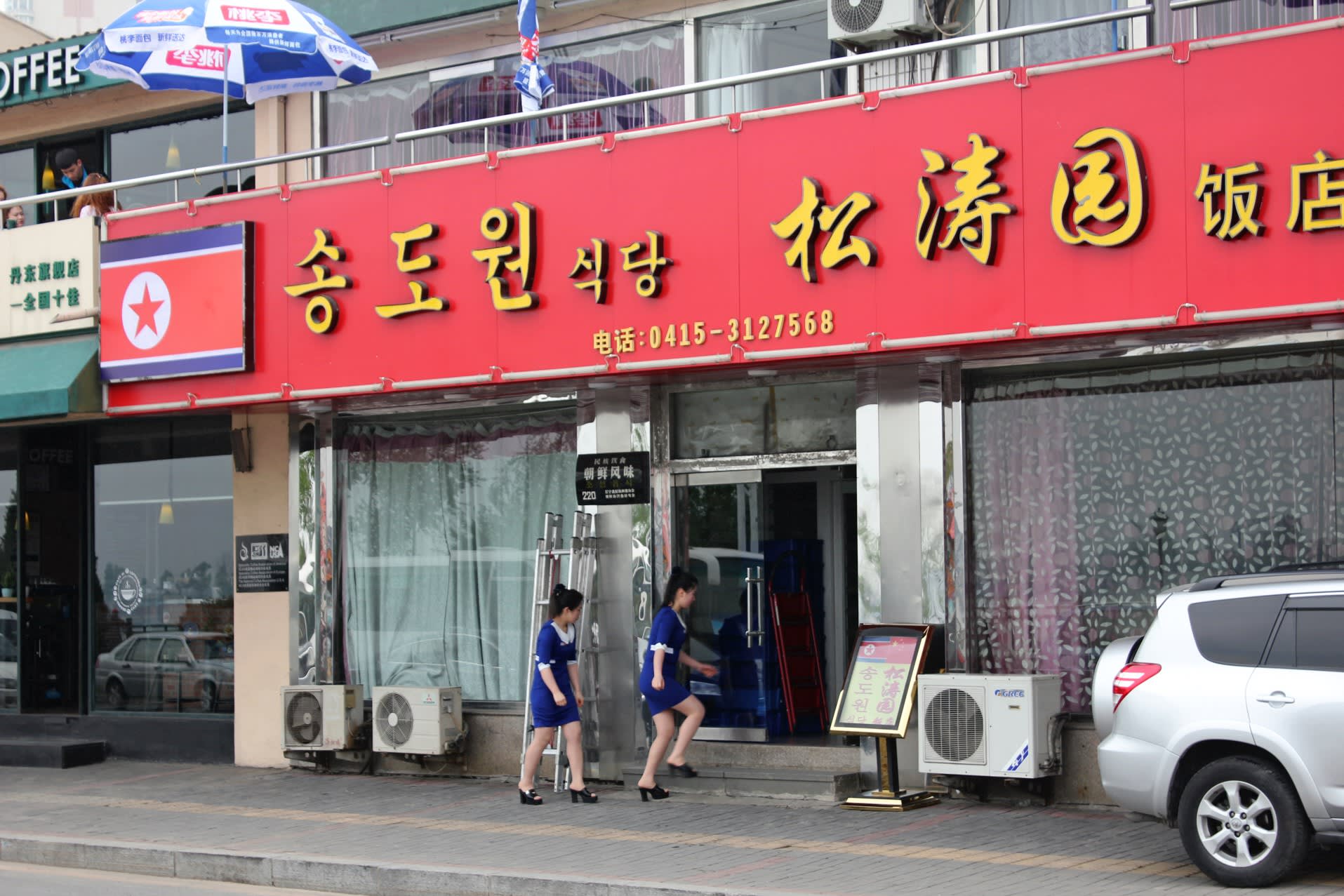 "Things have really died down since the U.N. sanctions," a woman in her 40s who works in the travel industry in Dandong, a city in Liaoning Province gracing the Yalu River, said late last month.

She was referring to the Security Council resolution in March hitting North Korea with new penalties.

The number of people visiting North Korea from Dandong has plunged. The woman processes visa applications for around 2,000 such people a year but served only 200 in the first four months of 2016, roughly half the year-earlier figure.

In typical years, about 50,000 people pass through Dandong on their way to the North by train. The city is home to North Korean restaurants and shops selling goods from across the border. Visitors can get a taste of North Korea, helping make tourism one of the city's biggest industries.

The popular Pyongyang Koryo restaurant chain has several locations in Dandong. Musical performances by North Korean women have made the eateries a big draw for tourists, but business has shrunk so much that some locations are reportedly ceasing those shows. At one, fewer than half the seats were filled on a day late last month as women sang to bouncy music on stage.

Tourism has soured as relations between China and North Korea have deteriorated this year. Pyongyang conducted what it claimed was a hydrogen bomb test in January, followed by a series of ballistic missile tests despite Chinese appeals for restraint. This sent a chill through the Chinese public.

Then South Korea gave notice that in mid-April it would stop accepting visa applications indefinitely from 52 travel agencies in China's northeast. The move put a major dent in China's tourism business since South Korea ranks alongside Japan and Thailand as a popular overseas destination.

The blacklisted travel agencies also handle North Korean tours, a source of foreign currency for Pyongyang. Seoul is basically telling tour operators to halt that business, said the president of one such agency, complaining that his bottom line wouldn't allow that.