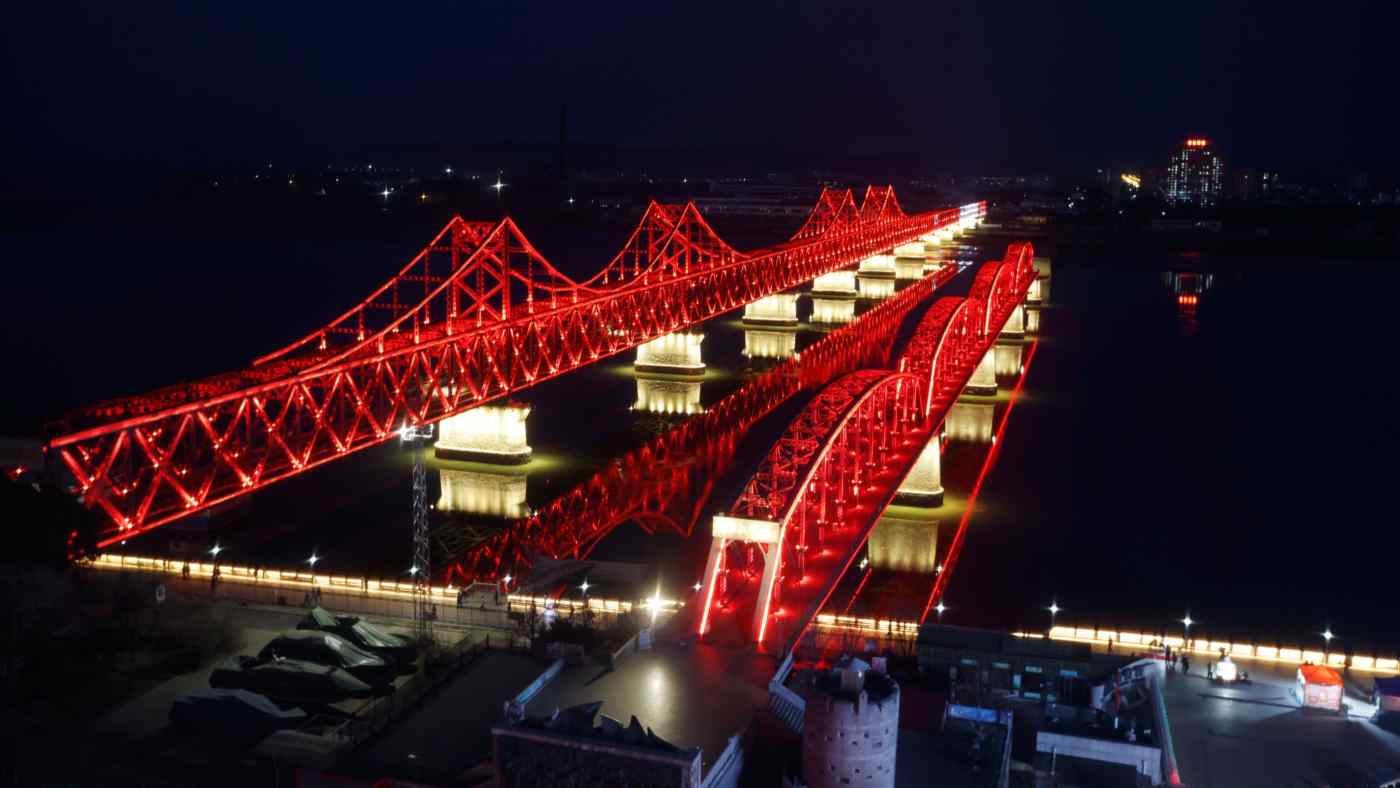 The Friendship Bridge and the Broken Bridge are illuminated at night over the Yalu River, which separates the North Korean city of Sinuiju from Dandong in China.   © Reuters
SHIN WATANABE, Nikkei staff writerJuly 18, 2021 23:13 JST | North Korea
CopyCopied

DALIAN, China -- North Korea's trade with China dropped 84% to $65.72 million in the first six months of the year, statistics released by Beijing on Sunday show, as precautions taken to combat the coronavirus pandemic halted the flow of people and goods from China.

The figure, from China's General Administration of Customs, also is down 95% from the same period in 2019, before the pandemic took root.

China accounts for more than 90% of North Korea's external trade. The value of such transactions in June was just $14.13 million, sliding 85% on the year. Trade in many months has languished under $20 million since fall 2020, after topping $200 million every month in 2019.

Ship transport between the two countries is partially operating, but "trade is at a standstill," a trading company in the Chinese city of Dandong said. Exports of processed goods from North Korea to China, which were thriving before the pandemic, also have been halted.