Burden on consumers increases pressure for action on fuel prices 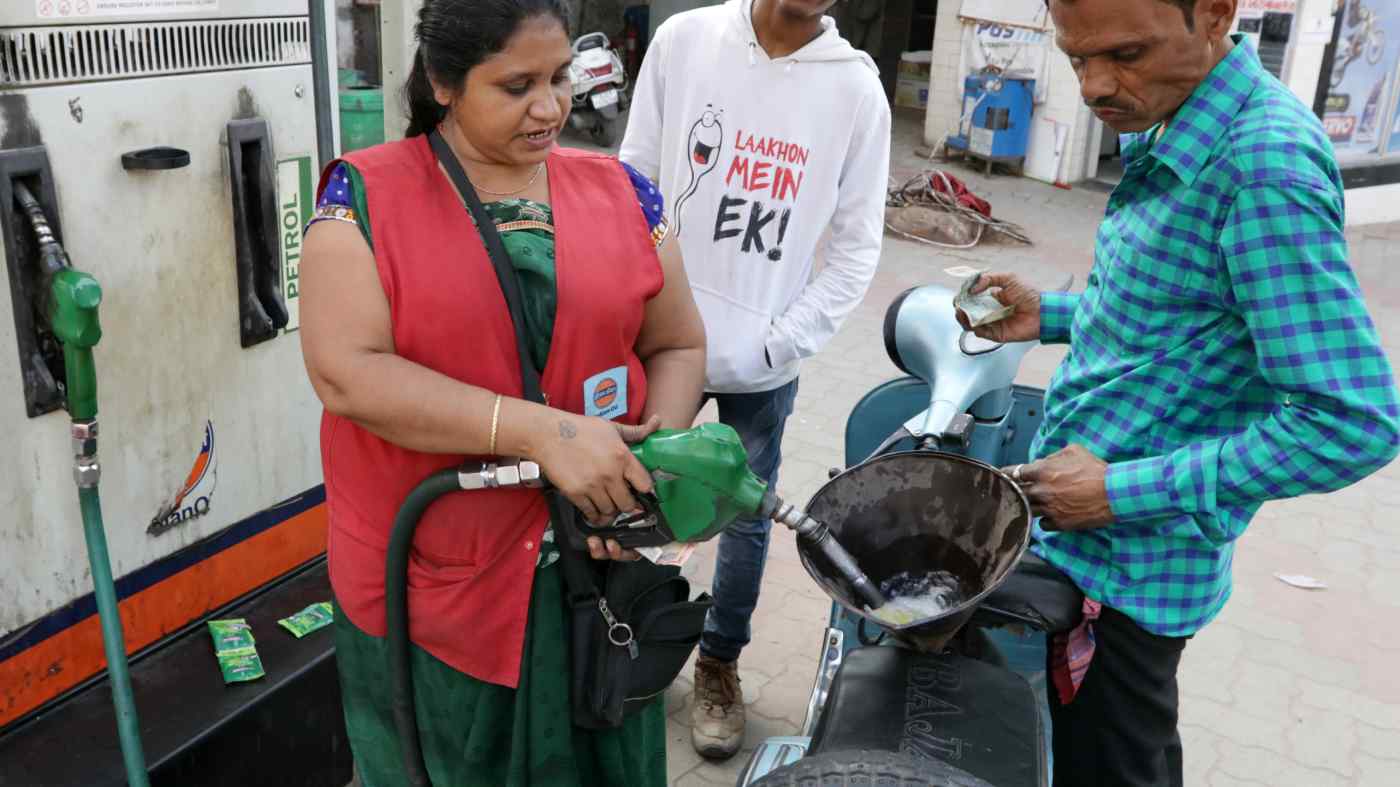 A woman uses a funnel to fill the tank of a man's motorbike at a gas station in Gujarat, India. (Photo by Shinya Sawai)
WATARU SUZUKI and YUJI KURONUMA, Nikkei staff writersFebruary 1, 2018 16:01 JST | Malaysia
CopyCopied

With a number of pivotal elections on the horizon, certain governments have come under pressure to expand fuel subsidies or cut taxes to offset the impact on daily life.

In India, almost daily nationwide increases in the price of petroleum have had a considerable impact on its citizens. In order to soften the blow on consumers, the oil ministry has requested Finance Minister Arun Jaitley cut excise duty on auto fuels when he presents the budget for fiscal 2018-19 on Thursday.

Sunil Kumar Sinha, principal economist at Fitch Group's India Ratings & Research, said the oil price increase will "straight away feed into the inflation, and retail prices of petrol and diesel would become a political issue as consumers will start complaining and there'll be pressure on government to do something."

Indian Oil Corp., a state-owned fuel retailer, now sells 1 liter of petrol at a price of over 72 rupees ($1.13) at its outlets in Delhi, and over 80 rupees in Mumbai, both marking the highest since summer 2014. Another popular fuel, diesel, whose price was deregulated in October 2014, is now hovering at an all-time high of nearly 64 rupees per liter in Delhi, and close to 68 rupees in Mumbai.

"So far, we have seen as many cars, scooters and motorbikes as before," said Alok Singh, an employee of a petrol station in north Delhi. But during the last four to six weeks, two-wheeler drivers have told him not to fill up tanks. "They don't want petrol for 500 rupees, but only for 200 rupees," he said.

The administration of Prime Minister Narendra Modi is acutely aware of the situation. Lower consumption of auto fuels since late last year is expected to cause a reduction in tax revenues at state level.

This, in turn, will likely hit the coffers of the central government as it has promised to compensate local governments for any loss of revenues over the first five years of the goods and services tax implemented last July. 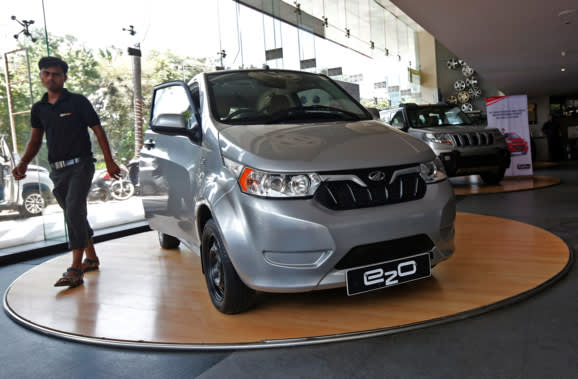 The rise in fuel prices could curtail consumer expenditure in India.   © Reuters

So far, the effects of rising oil prices have been more muted in Indonesia, where nearly half of the fuel sold is subsidized.

The consumer price index, announced Thursday by the Statistics Agency, rose by 0.62%, compared with a 0.71% increase in December. Those figures, however, hide the fact that state-owned enterprises have been shouldering much of the burden.

The country's state-owned companies rarely complain about government policies. So when Pertamina, the state oil company, said in November that it lost about $1 billion in profit during the January-September period due to the government's decision not to raise gasoline prices, it was an indication that the situation was serious. President Joko Widodo's signature reform policy -- scrapping gasoline subsidies -- has started to eat into the company's profits amid rising global oil prices.

Widodo's move, made shortly after he was inaugurated in late 2014, was aimed at allocating state funds to more productive areas like infrastructure and education. Gasoline price hikes are often met with violent protests. But Widodo faced little backlash thanks to falling crude oil prices, which meant he did not have to deal with such an issue.

Now with low oil prices gone, Jokowi, as he is affectionately called by the Indonesians, is facing a difficult time. Indonesia will hold a presidential election in April 2019; a hike in gasoline prices will be political suicide for the president so close to the election, and as a result, Pertamina has been shouldering much of the additional costs.

Maintaining gasoline prices has helped tame inflation, enabling the central bank to cut its policy interest rate twice last year. But economists warn that further erosion in Pertamina's profits may hamper the development of the company's large-scale projects and hurt Indonesia's economy over the long term.

Arief Budiman, Pertamina's chief financial officer, says the company needs to invest $50 billion over the next five years to develop oil fields and refineries. "The point is, someone has to pay," he said bluntly at an infrastructure seminar in September. In Malaysia, where its citizens are also feeling the pinch, local media have flagged the possibility of bringing back fuel subsidies, which it removed in December 2014. Consumer prices in Malaysia rose 3.5% on the year in December, mainly driven by costlier fuel. Bank Negara Malaysia on Dec.25 decided to increase its policy rate to 3.25% from the current 3% -- its first rate hike in three-and-a-half years.

But Asia's woes might be over sooner rather than later, if analysts at Barclays are to be believed.

"Upstream outages, a colder-than-normal winter, Venezuela's severe production declines, and stronger-than-expected demand growth are giving the oil price rally further ammunition," wrote Michael Cohen and Warren Russell of Barclays. "But the weight and sustainability of each of the aforementioned factors lends us to maintain a cautious view on oil prices for the quarters ahead."

The analysts note factors such as the improvement in the energy intensity -- allowing industrialized economies to spend roughly 10% less energy today per unit of GDP than it did in 2010 -- and higher prices encouraging additional oil drilling elsewhere as factors that could weigh on oil prices going forward.

"Barring a more serious Venezuela scenario than we forecast, we expect prices during Q1 will be at the highest point for the year," they said.