Trump polices are a wild card, but production cuts may hold up for a while

TOKYO -- International crude oil prices are hovering around $50 a barrel. The Nikkei recently spoke with Showa Shell Sekiyu CEO Tsuyoshi Kameoka about the prospects for oil prices and for producing countries to work together to curtail output.

Q: Oil prices have more than doubled from the $20 level set early last year. What accounts for the fluctuation? 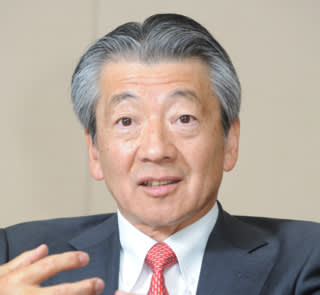 A: Prices stayed high, at around $100, for three and a half years starting in 2011, but fell sharply in the second half of 2014 because of higher shale oil production in North America, the Organization of the Petroleum Exporting Countries' failure to agree on a production cut, and an output increase in Iran.

Unlike the steep price fall at the time of the global financial crisis triggered by the collapse of Lehman Brothers Holdings, the latest plunge was caused by an upset in the balance between supply and demand. Prices will firm back up if the balance regains equilibrium.

Shale oil producers have cut back production in the face of weaker earnings, while major oil producers, such as OPEC members and Russia, have started a coordinated production cut. Oil has been in short supply since the start of this year, a reversal from the glut through last year.

Q: OPEC production cuts were short-lived after the 1980s. Will it be different this time around?

A: Oil producers met 90% of their agreed output cut in January, according to the International Energy Agency. This is because they are facing financial crises as a direct result of plunging oil prices. The International Monetary Fund and others estimate that Saudi Arabia and Qatar, among others, need [an oil price of] around $80 and $60, respectively, to achieve fiscal balance. As Russia also faces a serious crisis, the coordinated output reduction may continue longer than forecast by market players.

Q: Do you expect prices to continue rising?

A: Demand is picking up, thanks to a recovery in the world economy, led by the U.S. Basically, prices are expected to keep rising. But the upside will be limited due to the presence of shale oil, as seen in recent price movements. For now, $60 will serve as the upside resistance level because production will sharply increase when prices rise above $60. Prices may top $60 next year and thereafter.

Q: U.S. President Donald Trump's policies are a matter of concern, aren't they?

A: The policies of the Trump administration cut both ways. Factors pushing up oil prices are a possible increase in geopolitical risk as a result of the administration's policy toward Israel and Iran, and pickup in the U.S. economy thanks to stimulus measures. On the other hand, the recent appreciation of the dollar and increased development of energy through easing of environmental regulations will create downward pressure on oil prices.

Q: Some experts forecast demand for oil will weaken when electric vehicles and natural energy become widely used. What do you think?

A: Demand for oil will undoubtedly begin to drop at some point in the future. Even if the U.S. withdraws from the Paris Agreement on climate change, the global trend toward environmental protection will remain unchanged. But the use of gasoline- and diesel-powered motor vehicles is increasing in emerging economies. Unless the growth of the world economy screeches to a halt, demand for oil will continue to expand.

Q: Demand is falling in Japan. Will oil-producing nations ensure a stable supply of oil to Japan?

A: Japan needs to strengthen ties with countries other than those in the Middle East, such as Russia and South American nations. But oil producers in the Middle East will continue to see Japan as an important consumer, even if demand weakens here. Stockpiling of oil in Japan by Saudi Arabia and Abu Dhabi, part of the United Arab Emirates, is clear testimony to that idea among Middle Eastern countries.