Only emerging Asia will see growth in grim 2020, IMF says 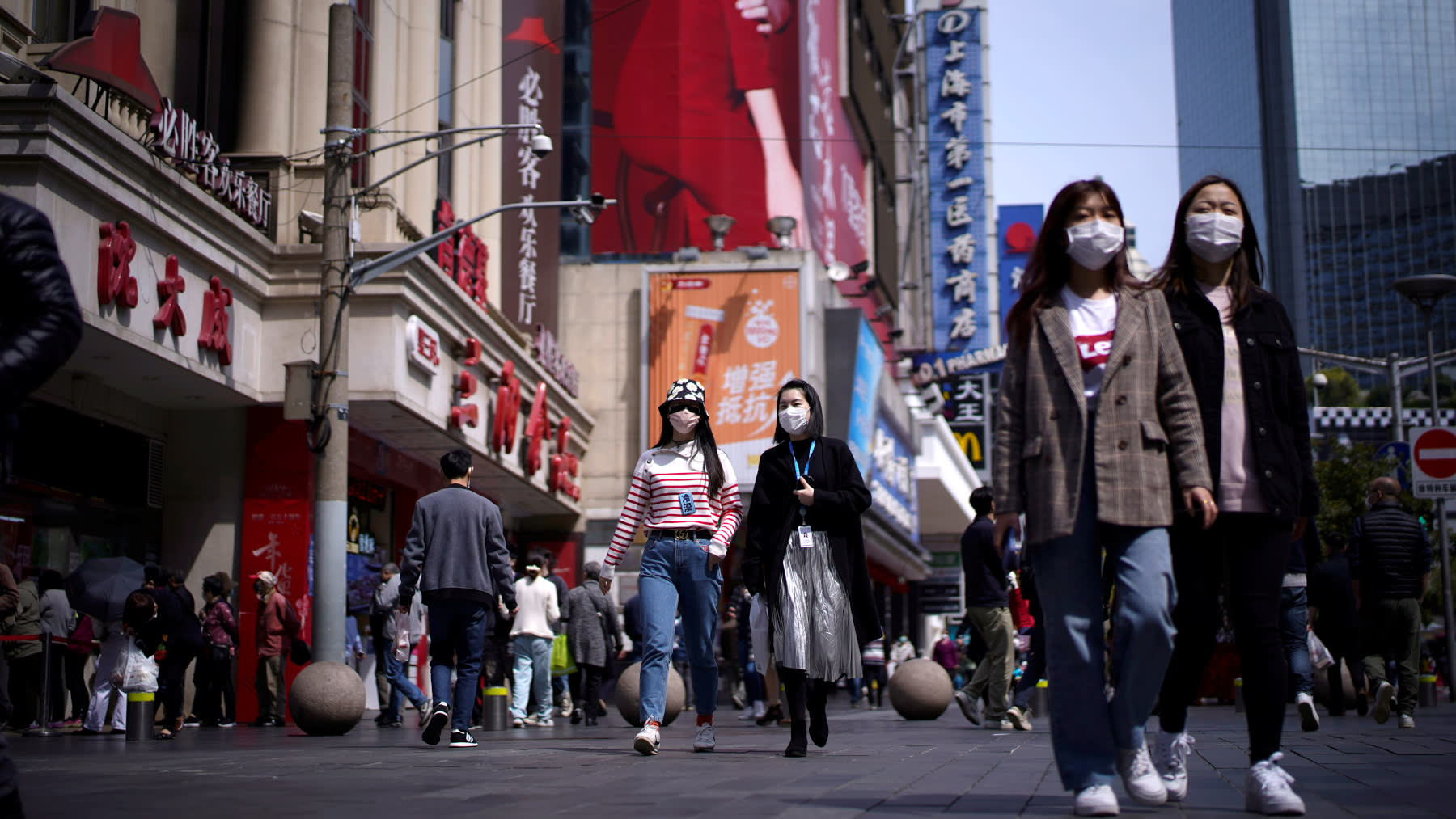 NEW YORK -- The International Monetary Fund offered a dismal economic prognosis for the year in a report published Tuesday, including a 5.9% contraction in U.S. output and growth of just 1.2% in China, as the coronavirus pandemic rages on.

"It is very likely that this year the global economy will experience its worst recession since the Great Depression" of the 1930s, IMF chief economist Gita Gopinath said in the foreword to the latest World Economic Outlook, "surpassing that seen during the global financial crisis a decade ago."

"This crisis is like no other," she wrote, pointing to the sheer size of the shock, the continued uncertainty about its intensity and length, and the unavailability of traditional demand-stimulating measures because the crisis "is to a large extent the consequence of needed containment measures" for COVID-19.

Amid the troubling year, however, the IMF sees emerging Asia as the one region with a positive growth rate in 2020, at 1%.

Other than China, India is seen growing 1.9%, despite the sharp slowdown from last year's 4.2%.

In Southeast Asia, Vietnam, the Philippines and Indonesia are expected to stay positive, growing 2.7%, 0.6% and 0.5% respectively. Thailand, meanwhile, is expected to contract by 6.7% and Malaysia's growth is seen to fall to minus 1.7%. 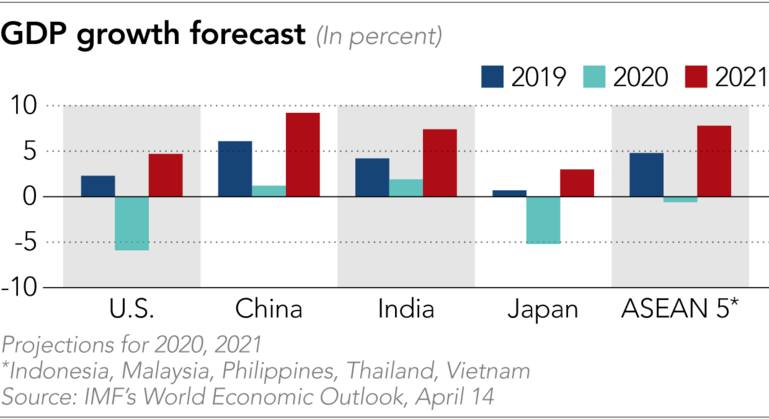 The Washington-based organization projects steep declines for all major advanced economies: 5.2% for Japan, 6.5% for the U.K., and 7.5% for the euro area, where hard-hit Italy is forecast to shrink 9.1%.

South Korea is expected to mark a 1.2% decline, while Singapore will fall 3.5%, the IMF said.

The baseline assumption is that the pandemic fades in the second half, allowing for a gradual lifting of containment measures. Under that scenario, the global economy is projected to grow by 5.8% in 2021 as economic activity normalizes, helped by policy support, the report said.

Asia is also expected to lead the world as it recovers in 2021, with China projected to see a 9.2% expansion, while India will bounce back to 7.4% growth, the report said. The ASEAN-5 -- Indonesia, Malaysia, the Philippines, Thailand and Vietnam -- are predicted to grow 7.8% collectively next year.

But uncertainties remain."Strong containment efforts in place to slow the spread of the virus may need to remain in force for longer than the first half of the year if the pandemic proves to be more persistent" than the baseline, the report noted. "Once containment efforts are lifted and people start moving about more freely, the virus could again spread rapidly from residual localized clusters."

Chief economist Gopinath said, "A partial recovery is projected for 2021, with above trend growth rates, but the level of GDP will remain below the pre-virus trend, with considerable uncertainty about the strength of the rebound."

"Much worse growth outcomes are possible and maybe even likely," Gopinath noted.