More than 100,000 without access to running water and gas 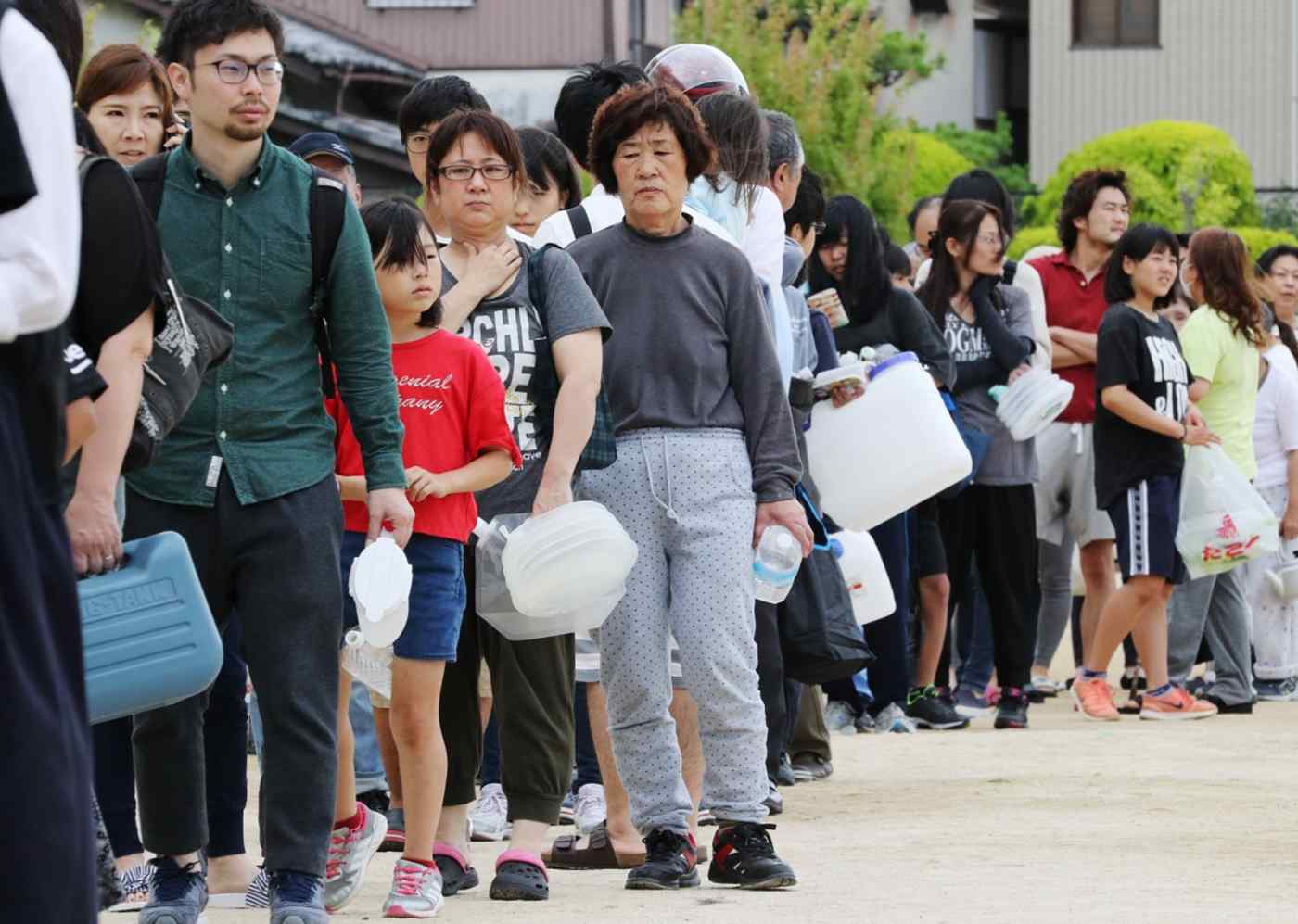 OSAKA -- The earthquake that struck western Japan on Monday morning battered the region's infrastructure, revealing the fragility of utility lifelines and transportation networks in one of the country's most densely populated areas.

The magnitude-6.1 temblor hit at 7:58 a.m., killing four people and injuring nearly 400. But the impact on businesses and residents has been far more serious than the casualty figures suggest.

Osaka, a bustling commercial city, ranks as the nation's third-largest metropolis and is the de facto capital of western Japan. The quake snarled transportation around the greater Osaka region during the morning rush hour, and severed water and gas service for tens of thousands.

For residents, the lack of running water poses one of the most immediate challenges. Many in Osaka suburbs lost their water supply, likely as a result of pipe damage. The city of Takatsuki, close to the epicenter of the quake, turned off the water supply for repairs.

Osaka Prefecture trails the greater Tokyo area in earthquake-resistant water piping. Just 39.7% of its system has been reinforced, compared with 63% in the capital, according to the Ministry of Health, Labor and Welfare. A collapsed road and broken water pipe in the city of Takatsuki. Less than half of Osaka Prefecture's piping is earthquake-resistant.   © Kyodo

Japan's government has set a goal of bringing half of the country's water pipes up to quake resistance standards by March 2023, but many municipalities still lag behind in the 20% range.

Osaka Gas said it stopped service to about 110,000 households. Twelve companies, including Tokyo Gas and Toho Gas, will send workers to help with restoration efforts, the Japan Gas Association said. It is expected to take around 10 days to check the system and make repairs.

The earthquake halted operations at multiple companies, especially Osaka-based electronics manufacturers. Panasonic closed three factories outside the city on Monday because of damaged water pipes and misaligned machinery. The damage was "not extensive," the company said, but it had yet to set a date for restarting operations. Sharp temporarily stopped operations at a liquid crystal display panel plant but was to bring it back online in 12 to 24 hours.

Logistics networks have also been disrupted. Nippon Express, the nation's biggest logistics company, said collection and distribution would be delayed from half a day to a full day in Osaka and surrounding areas. Japan Post said home deliveries in the region would be delayed by about half a day. Is the Ring of Fire becoming more active?

Travelers were forced to contend with suspended rail service and canceled flights. Travel agency JTB said it would waive cancellation fees due to the earthquake for certain tours. International visitors to Japan may be affected.

Restaurant chain operators Yoshinoya Holdings and Royal Holdings temporarily closed some locations owing to the lack of gas and water, while others will take longer to reopen.

The focus of the quake was likely around Takatsuki at a depth of 13km. Monday's quake was far less powerful than the 7.2-magnitude Kobe earthquake of 1995. The Japan Meteorological Agency recommended caution for roughly a week because of aftershocks.

Maintaining old urban infrastructure comes with significant costs. The cost to maintain, repair and upgrade water pipes, airports, harbors and other public infrastructure will swell to as much as 5.1 trillion yen ($46.1 billion) in fiscal 2023, a 40% jump from fiscal 2013, the infrastructure ministry estimates. That figure could rise to 5.5 trillion yen by fiscal 2033.