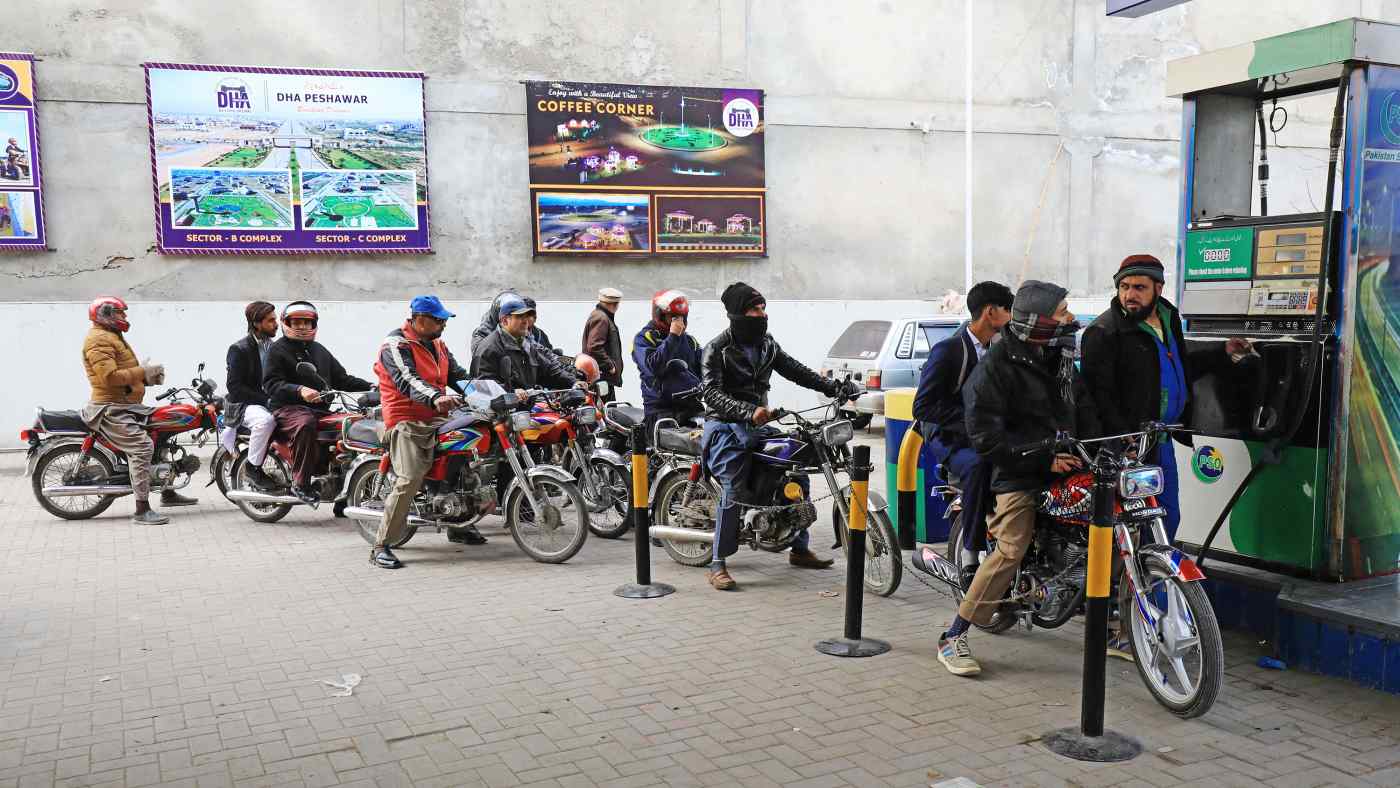 ISLAMABAD -- Pakistan is hurtling toward an oil crisis, distributors and some officials warn, as a prolonged shortage of dollars wreaks havoc throughout the economy.

A nationwide power outage this week underscored the razor-thin margins for error in the South Asian country's energy sector. The government said the blackout, which lasted around 16 hours, was caused by a technical glitch in the transmission system. A federal official who spoke on condition of anonymity, however, also drew an indirect connection to dwindling fuel supplies.