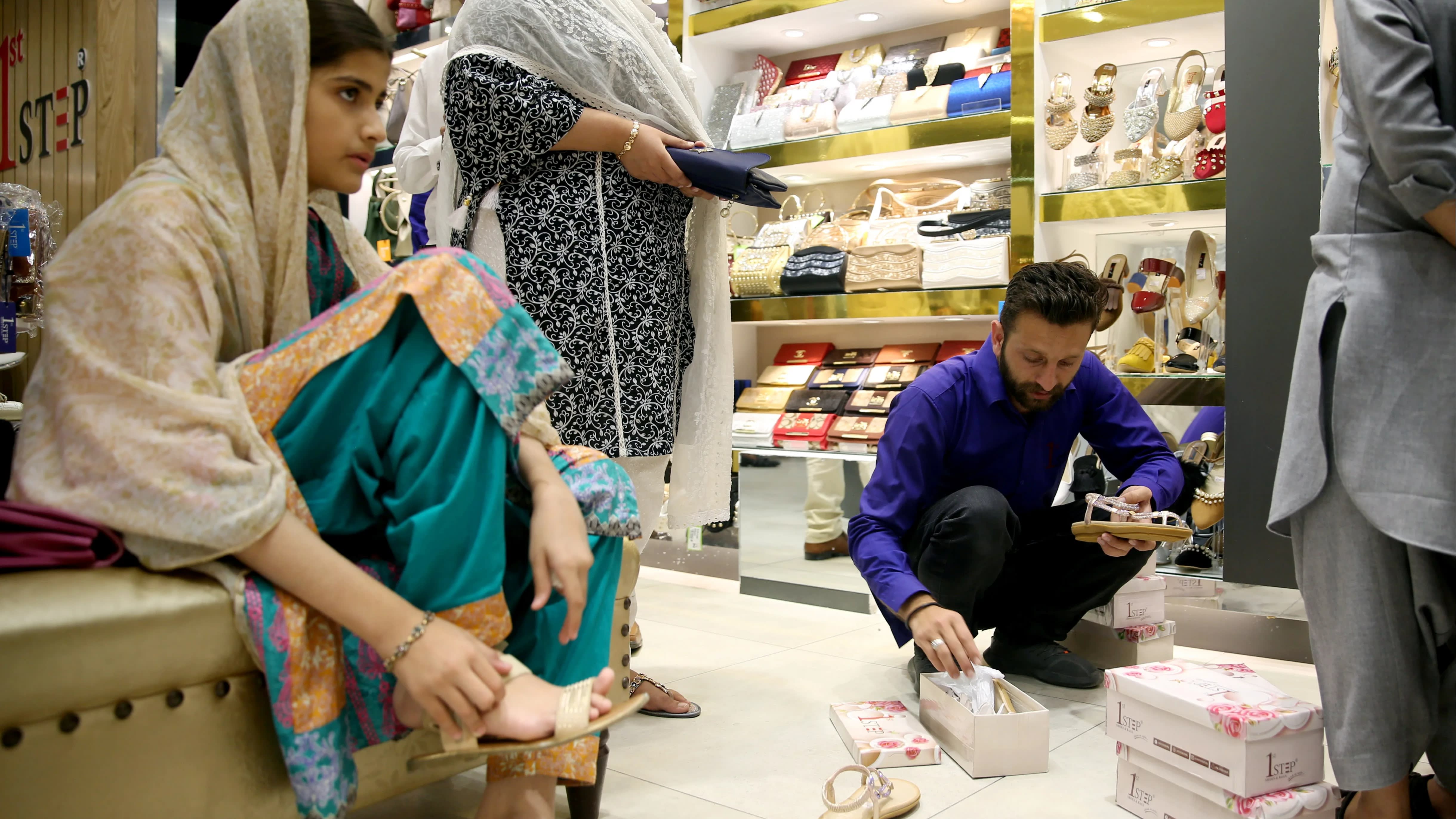 A fashion store in Islamabad: Pakistan's government hopes its drive to stamp out the Taliban and restore safety will help to rebuild the economy.    © Reuters

ISLAMABAD -- The recent announcement that Britain's Prince William and his wife Kate, the Duchess of Cambridge, will visit Pakistan in the fall has bolstered Islamabad's case that security across the country has significantly improved.

"Such high-level visitors would not have come to Pakistan five or 10 years ago," a senior foreign ministry official told the Nikkei Asian Review shortly after the plan for the royal visit was revealed on June 30. "There is now global recognition that our once worsening security conditions have seen vast improvement in recent years."

No British royal has visited Pakistan in nearly 13 years. And the announcement followed a string of other signs that Pakistan is shedding its reputation for danger, lifting hopes for rebuilding the troubled economy.

British Airways resumed flights to the country in early June after a nearly 11-year hiatus. The flights were suspended shortly after the Marriott Hotel in Islamabad -- a landmark of the capital -- was bombed by Taliban militants.

Also in June, the United Nations restored Pakistan's status as a country where U.N. staff members are allowed to bring their families. The decision came after a detailed review of security conditions nationwide, which concluded that the families of expatriates would be safe while going about their daily lives, from visiting commercial districts to sending their children to school.

All of this is the result of a drive to stamp out the threat once posed by Taliban militants. The reversal of the Taliban's advance began when Pakistan sent the army to restive regions along the border with Afghanistan, where the militants once practically ruled.

Additionally, senior government officials told Nikkei, security conditions have improved because the intelligence services expanded their counterterrorism networks across the rest of the country to closely track militant groups.

"The expansion by the Taliban has been halted," said Hasan Askari Rizvi, a leading commentator on security affairs in an interview with Nikkei, referring to progress made in the past five years. "Britain has now taken the lead from the international community to recognize Pakistan's success," he added.

Others, however, noted that international pressure played a role in forcing Pakistan to change. "Once the army regained ground earlier lost to the Taliban, Pakistan has been forced to look at some of the issues that brought the country in disrepute internationally," said Imtiaz Gul, head of the Islamabad based Centre for Research and Security Studies, a private think tank.

Gul cited the example of Pakistan's gray listing in 2018 by the Financial Action Task Force -- a Paris-based global watchdog against money laundering. This forced Islamabad to begin tightening controls on transactions between its banks and international destinations.

Western diplomats also warn that an increasingly challenging economic situation could fuel a resurgence in violence. In the financial year through June 2020, Pakistan has set a target to raise tax collections by a staggering 37% in compliance with a $6 billion loan agreement with the International Monetary Fund.

Economic growth for the fiscal year is expected to fall to about 2.4%, from about 3.3%. "You are looking at the prospect of the economy slowing down very sharply," said one Western diplomat who spoke with Nikkei on condition of anonymity. "As growth in key sectors like agriculture and industry slows down, the problem of poverty will be hard to address. And communities of poor people are often the first recruiting ground by militant groups."

But members of Prime Minister Imran Khan's cabinet told Nikkei that the recurrence of an organized movement such as the Taliban is unlikely. "If there's poverty, there may be criminality involving poor people, but criminality is something which exists in many countries," one minister said on the condition that he would not be named.

"I don't think we are looking at anything like the Taliban, who wanted to take over the state [of Pakistan], coming back to haunt us."