'Reversal of fortunes' seen across the region, except in China 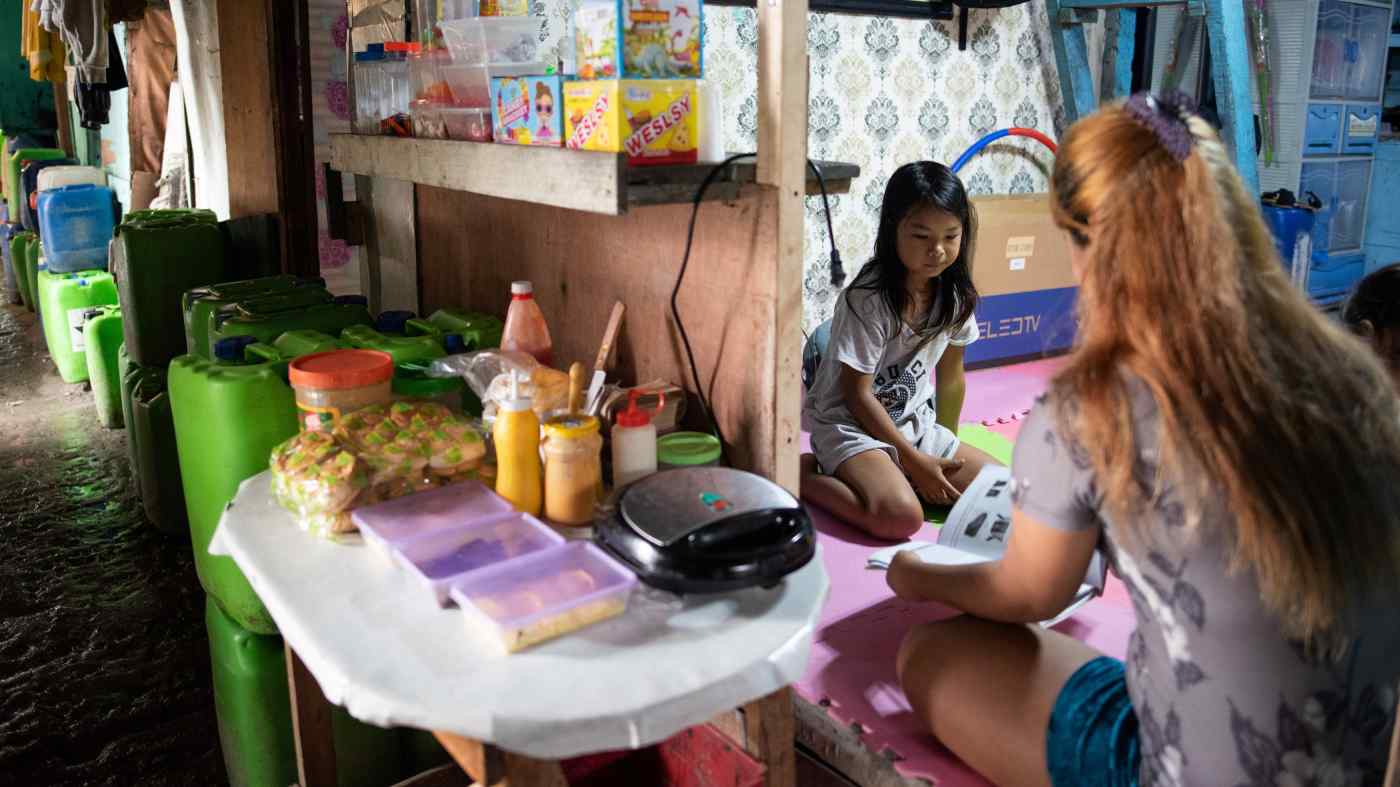 A girl studies with her mother at their home in Manila while schools are closed due to the coronavirus. Children in emerging Asia could lose more than $500 in lifetime earnings because of the pandemic.   © Reuters
TAKASHI NAKANO, Nikkei staff writerSeptember 29, 2021 01:58 JST | Indonesia
CopyCopied

SINGAPORE -- Poverty will rise throughout emerging Asia outside of China for the second straight year in 2021, the World Bank projects, as the protracted coronavirus pandemic squeezes employment and educational opportunities in the region.

The number of poor -- those earning $5.50 or less a day -- across 22 developing countries in East Asia and the Pacific increased to 264 million in 2020 from 259 million the year before, and that figure will reach 266 million in 2021, according to a World Bank report published this week.

Pre-coronavirus forecasts had the poverty figure decreasing to 241 million in 2021 -- 25 million fewer people than in the new prediction. Indonesia, the Philippines and Myanmar in particular are expected to struggle with poverty.

Emerging Asia has struggled to get back on track economically from the pandemic compared with developed countries, largely due to vaccine rollout delays in the region.

The World Bank cited a "reversal of fortunes" in East Asia and the Pacific, which in 2020 were more successful than other regions in containing the coronavirus and reviving economic activities.

"Now in 2021, it is the region which is being hit harder by the disease while the advanced countries are on the path to recovery, thanks to their greater success in limiting the severe consequences of the disease and the stronger stimuli provided by major country governments," the report said.

The World Bank warned that COVID-19 "threatens to create a combination of slow growth and increasing inequality for the first time this century" in East Asia and the Pacific, which experienced rapid growth until the pandemic hit.

The pandemic also has dealt a heavy blow to children in the region, with schools shutting and more students unable to afford continuing their education. Children in emerging Asia are expected to receive 0.7 year less of schooling and earn $524 less annually, for a loss of 3.5% in earnings over their lifetimes than if the pandemic had not occurred.

China is faring much better than the rest of the region. The number of poor in the country is expected to decrease by 37 million in 2021, similar to the pace before the pandemic. Chinese children are projected to take a much smaller hit to future earnings -- roughly $300 a year  -- than others in the region.

The World Bank has upgraded its 2021 growth forecast for China to 8.5% from 8.1% in April. In contrast, the bank slashed its projection for the other 22 developing countries in East Asia and the Pacific to 2.5% from 4.4%.

The Evergrande situation stems from government efforts to contain financial risks in the overleveraged real estate sector, and is not an unanticipated or unmanageable crisis, Aaditya Mattoo, chief economist of the East Asia and Pacific region of the World Bank, told Nikkei.

"The longer-term concern is that we don't know how this whole thing would be managed," said Mattoo, who added that the problem is not expected to derail China's economic recovery at this time.