Payday loans -- some Japanese can't live without them

New pay-advance services may be 'loan sharks circumventing the law' 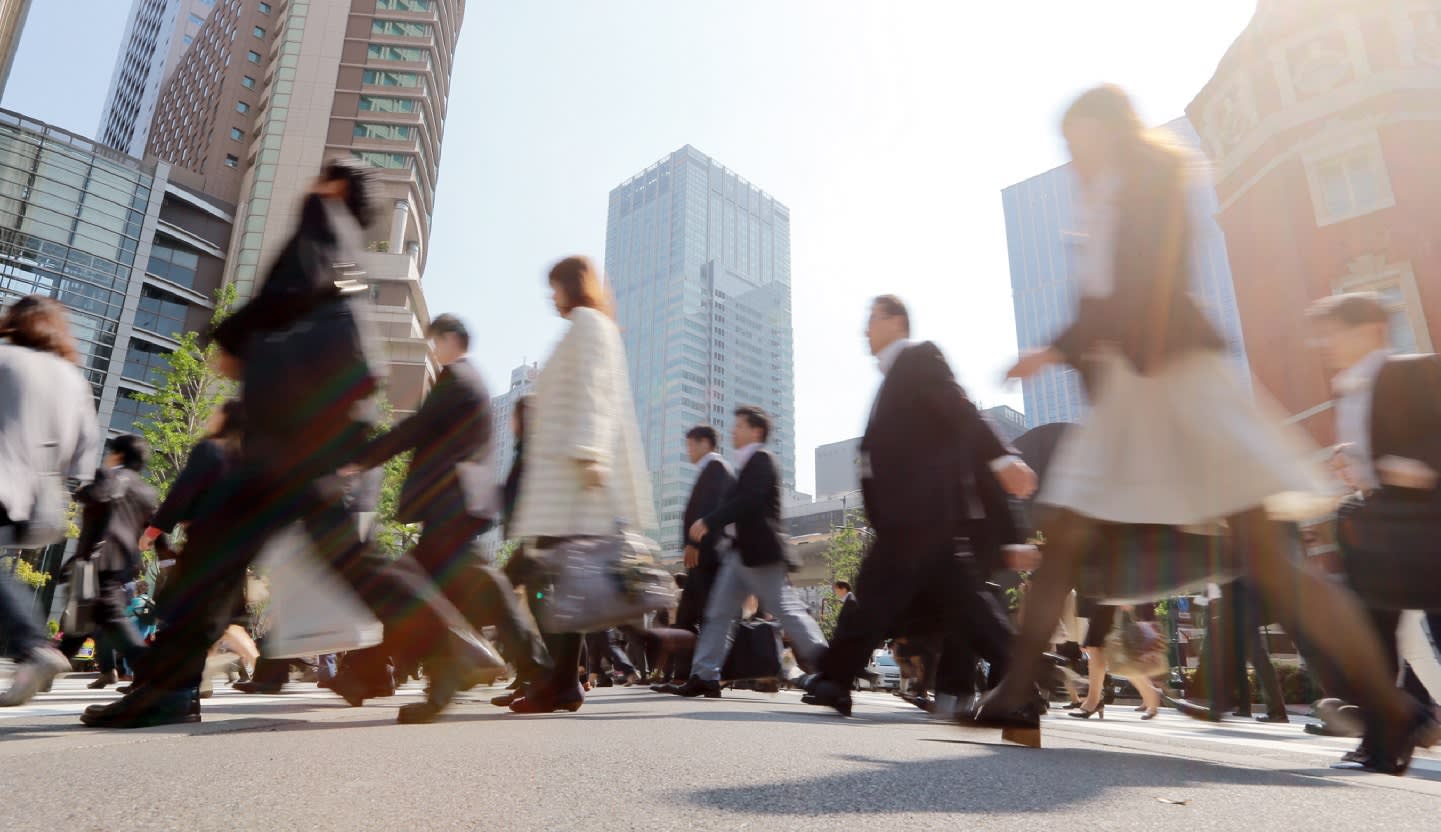 More than 25% of Japanese workers who support their households have temporary jobs. One in seven households has no savings.

TOKYO -- It has been a tough ten years for 48-year old Masami Fujino since he lost his job as a regular employee at a Japanese food and beverage company. He had no savings to talk of and had to look for part-time jobs that paid by the day or week.

A decade on, Fujino is still hopping from job to job, carrying furniture one day and setting up a concert stage on another.

"I'm even finding it difficult to pay for transportation, so I choose jobs that allow me to get paid on a daily basis or in advance," he said.

Workers like Fujino, are increasingly heading to companies that offer payday loans -- a method to allow employees to receive wages for days already worked but before payday.

One reason Fujino has not chosen to join any company as a regular employee is because he does not have the luxury to wait 30 days until the next paycheck.

According to the Ministry of Health, Labor and Welfare, 27% of Japanese workers who support their households have temporary jobs. The number of these people increased by 1.3 million in just four years to reach 9.2 million in 2014. One in seven households have no savings.

In early September, a Financial Services Agency official was surprised to learn of how many businesses there are in Japan that offer to help companies establish payday loan systems.

"I never imagined there to be so many," the official said, looking at a list of 20 or so companies. Included on the list are several fintech, or financial technology, companies. With some Japanese workers feeling boxed in by low wages paid once a month, a new industry is rising up to get them to their next payday.   © Reuters

In Japan, it is customary to be paid once a month. Many employees get paid on the 25th of every month for work they performed the preceding month. So anyone who starts a new job on the first day of a month might have to go 56 days before getting paid.

Another trend in corporate Japan is to hire workers through temp agencies and pay them less than regular employees. Many of these workers get paid on the 16th of every month for the preceding month's work.

The new services let employees use their smartphones to apply for advances. On payday, workers who have taken advances are paid their remaining wages. One popular service is available to more than 1 million people.

Consumer lending on the wane

"The number of temporary workers who cannot survive without receiving cash every day has increased," said Haruki Konno, who runs an incorporated nonprofit organization that offers advice on labor issues.

Banq, based in Tokyo's Chiyoda Ward, provides a system that helps businesses to advance workers part of their salaries. It recently conducted a survey of its corporate customers to see how workers are making use of their advances. The results show that 48.6% of those who use the service do so to cover living expenses. Also, 80% of the workers who take advances are in their 20s and 30s, Banq President Munetaka Takahashi said.

The proliferation of these payday loan specialists has been accelerated by the tightening of consumer financing regulations.

Consumer loans spread rapidly in Japan over the past decade for their simple screening and ease of obtaining cash. Yet the exorbitant interest rates became a social issue, and the government began regulating moneylenders by introducing a lending cap.

Statistics from the Bank of Japan, the FSA and other parties show that the total balance of consumer lending has shrunk by more than 6 trillion yen ($52.7 billion) from more than 15 trillion yen in 2007.

Payday services have moved in quickly to fill the void.

The payday services are popular with employers too. Amid an increasing labor shortage, businesses are looking for ways to attract workers. More businesses are agreeing to pay wages on a daily basis in a bid to recruit workers, according to Toru Ueno, president of Payment Technology, a salary advance service provider based in Tokyo's Bunkyo Ward.

In July and August, the ratio of job offers to seekers stood at 1.52. It is now harder to find and secure talent than at the height of the bubble economy of the late 1980s.

Shidax, a chain of karaoke parlors, in 2015 began paying workers every day and has since seen the number of job applicants double.

"Entrepreneurs have become aware of this trend and are piling into the market to help companies pay their workers more often," Ueno said.

Experts say some of the fintech-based payday advance services are in a legal gray area. Editorial: Businesses could use their cash hoard to spark the economy

Japan warned on race to the bottom in bank profits

The services' business models can be divided into two types. In one, client companies pool a certain amount of money that they can dip into when employees apply for advances. The system provider receives commissions that range in size depending on variables like how often the service is used.

In the other business model, the system provider temporarily pays an employee's wages and later receives the same amount of money from the client company. This is the business model at issue -- the employees who take advantage of it are charged fees that range from 3% to 6% of their advances.

This practice is tantamount to usury, one critic said.

Say an employee uses an ATM to withdraw money paid into his or her bank account by a payday lender-like service 10 days before payday and is charged a 6% fee. If the fee is regarded as interest, the annualized rate is an exorbitant 219% -- about 11 times higher than the legal ceiling of 20% imposed on money lenders.

Many of these payday advance services have not registered as money lenders, claiming they merely pay wages in advance and in so doing provide a welfare benefit to their client companies.

But Osamu Mikami, a lawyer who takes on clients who are juggling multiple debts, said that some of these companies "appear to be loan sharks circumventing the law."

These services could also be in violation of the labor standards law, which requires employers to pay wages to their employees directly and in a lump sum so as to prevent intermediary exploitation.

An official at the Ministry of Health, Labor and Welfare said that advancing employees their wages is "illegal in principle" and warned that companies that have introduced salary advance systems could face punishment.

An FSA official said the agency will make case-by-case determinations as to whether these services are lending money.

"There are various system providers," the FSA official said. "It is impossible to determine that they are all legal or illegal. But it is necessary to figure out what is going on."

Akenobu Hayakawa, a lawyer who works with startups, said the number of "financing service providers who take advantage of loopholes in laws and regulations" will continue to increase.

With so many vulnerable low-wage workers needing advances, it is imperative that the rules be clarified.