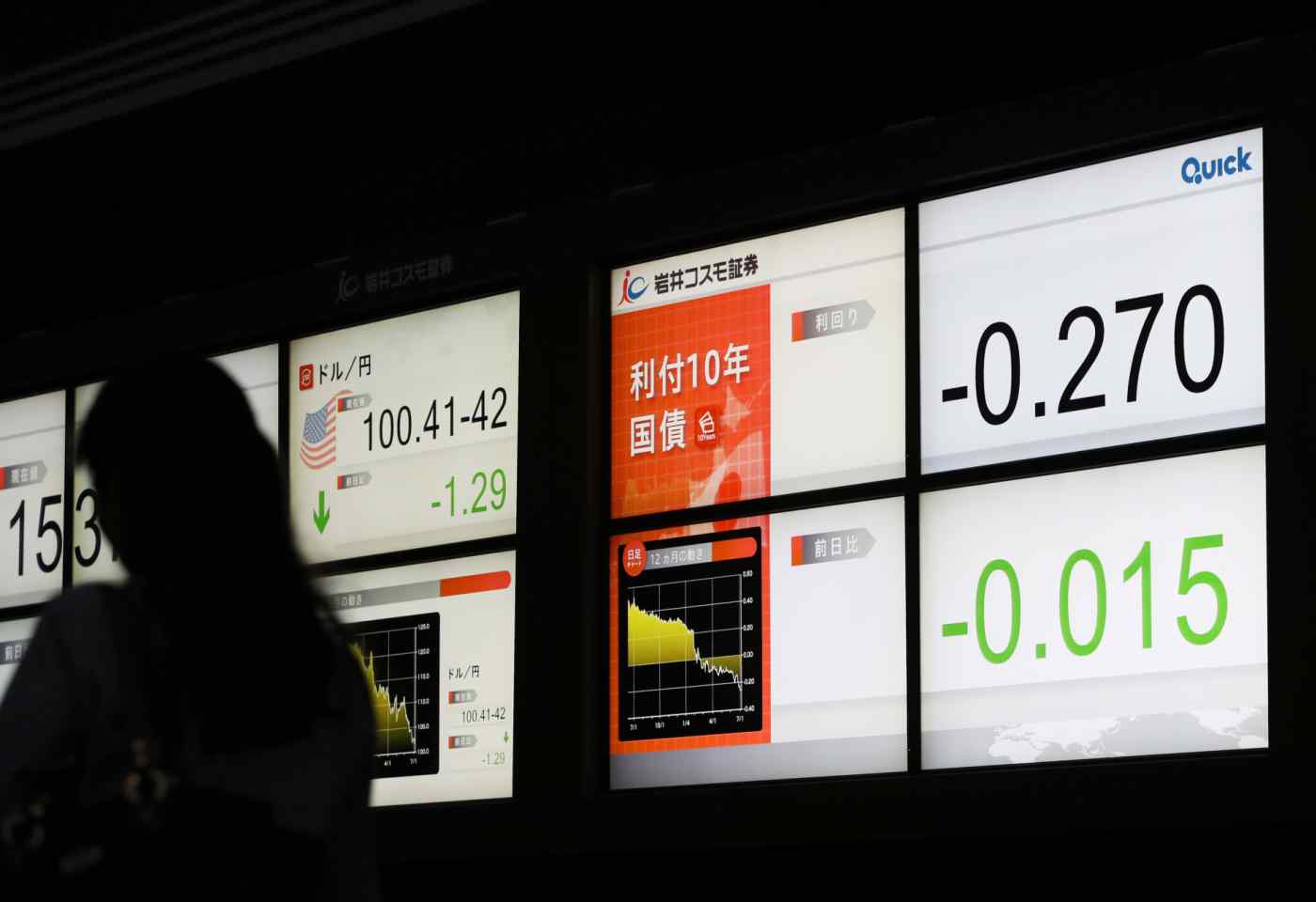 The "widow-maker" is not just the nickname of a deadly weapon but is also financial markets jargon for one particular trade that has proven lethal to anyone tempted to try it. Over the past 20 years a series of high-profile hedge fund managers have "shorted" Japanese government bonds, hoping to profit as prices fell and yields soared. All have ended up being carried out on stretchers, metaphorically speaking.

Their rationale was straightforward. Bond yields in Japan were far lower than elsewhere and government finances incomparably worse, with a stratospheric public debt-to-GDP ratio of several hundred percent. Surely it was just a question of time before investors refused to accept any more government paper and the market collapsed.

The "bond apocalypse" scenario was no idle fantasy, but orthodoxy amongst domestic and foreign opinion leaders. Hence the austerity that was constantly urged on Japan by international organizations such as the International Monetary Fund and the Organization for Economic Cooperation and Development, the credit ratings agencies, and Japan's all-powerful financial bureaucrats. Typical was the warning by Minister of Economic and Fiscal Policy Kaoru Yosano in 2011 that Japan faced "a dreadful dream" of soaring interest rates unless taxes were hiked.

Against the unanimous views of the experts and authorities, only one voice was raised in dissent -- that of "Mr. Market" himself. Japanese 10-year bond yields slid below 3% as long ago as 1996 and fell below 1% for the first time in 1998, far before the advent of quantitative easing. This year, Japanese 10-year yields have dived into negative territory and the complaint from bond dealers is that there is insufficient liquidity in the market. In other words, far from rebelling against the government's allegedly loose fiscal discipline, the holders of this Mount Fuji-sized stock of outstanding bonds are refusing to sell.

Once upon a time it was possible to view all this as some bizarre, uniquely Japanese phenomenon. No longer. Over the past year the widow-maker has gone global and bond yields have plunged across the developed world. Countries engaged in quantitative easing and countries that have ceased their QE programs or never started one; countries with high levels of public debt like Italy and low levels of public debt like Sweden; with yawning current account deficits like the U.K. and enormous current account surpluses like Germany; commodity producers like Canada, countries with reasonably good demographics like the U.S. -- all have one thing in common. Long-term interest rates are at record lows that can only be justified by Japan-style "lost decades" of deflationary stagnation.

It is important to note that while the QE programs of central banks may have intensified these trends, they were in place long before. Again, Japan provides the clearest evidence.  Counter-intuitive though it may appear, the more government bonds Japan issued the lower bond yields fell. In 1990 Japan had next to no public debt and 10-year bond yields were 6%. Today, after 25 years of fiscal deficits, Japan's 40-year bond commands a yield of 0.1%. If the markets were dissatisfied with this state of affairs, you would expect to see a sell-off in the currency. Instead the yen has been uncomfortably strong.

What everybody seemed to miss was the equally dramatic changes on the other side of the national ledger. The deficits of the Japanese government was more than matched by the surpluses of the private sector, specifically the corporate sector which swung from being a borrower to a large provider of funds to the economy. To a greater or lesser extent this same syndrome is visible today across the developed world. In the first two years of Prime Minister Shinzo Abe's administration the corporate sector surplus did decline -- a sign that the Abenomics reflationary program was working -- but over the last year this improvement has gone into reverse.

Japan has a deep reservoir of social solidarity that has enabled it to weather the economic doldrums with few signs of social disorder or populist reaction. The rest of the developed world is already proving more combustible, which makes doing nothing politically impossible. With the bond markets offering the most favorable borrowing terms in history, it is highly likely that governments will turn to more active fiscal policies. Indeed the political turbulence in the U.K. is already pointing in that direction. Chancellor of the Exchequer George Osborne warned of tax hikes in the event of a Brexit, but has already reversed himself and slated significant cuts in corporate taxes, effectively suspending the target of a balanced budget by 2020. Meanwhile Andrea Leadsom, one of the two candidates to succeed Prime Minister David Cameron in the current Conservative Party election, pledges "prosperity, not austerity."

In Japan, too, a reconfiguration of policy settings is on the cards. Though Tokyo has implemented aggressive fiscal easing and aggressive monetary easing at various times in the past quarter century, it has never tried both at the same time. That is about to change. Buoyed by his handsome victory in the July 10 Upper House election, Abe is expected to announce a fiscal package with a nominal value of at least 2% of GDP. With inflationary expectations having plummeted in the last year, Bank of Japan Gov. Haruhiko Kuroda will need to launch new monetary policy measures -- not least to show that he is taking his 2% inflation target seriously. The combination of the two policies is likely to be much more potent than either used in isolation.

When the markets are begging governments to borrow more money, it seems rude to refuse. Higher bond yields are now an aspiration not a "dreadful dream." Killing off the widow-maker is a vital step in the successful reflation of the Japanese, and indeed the global economy.