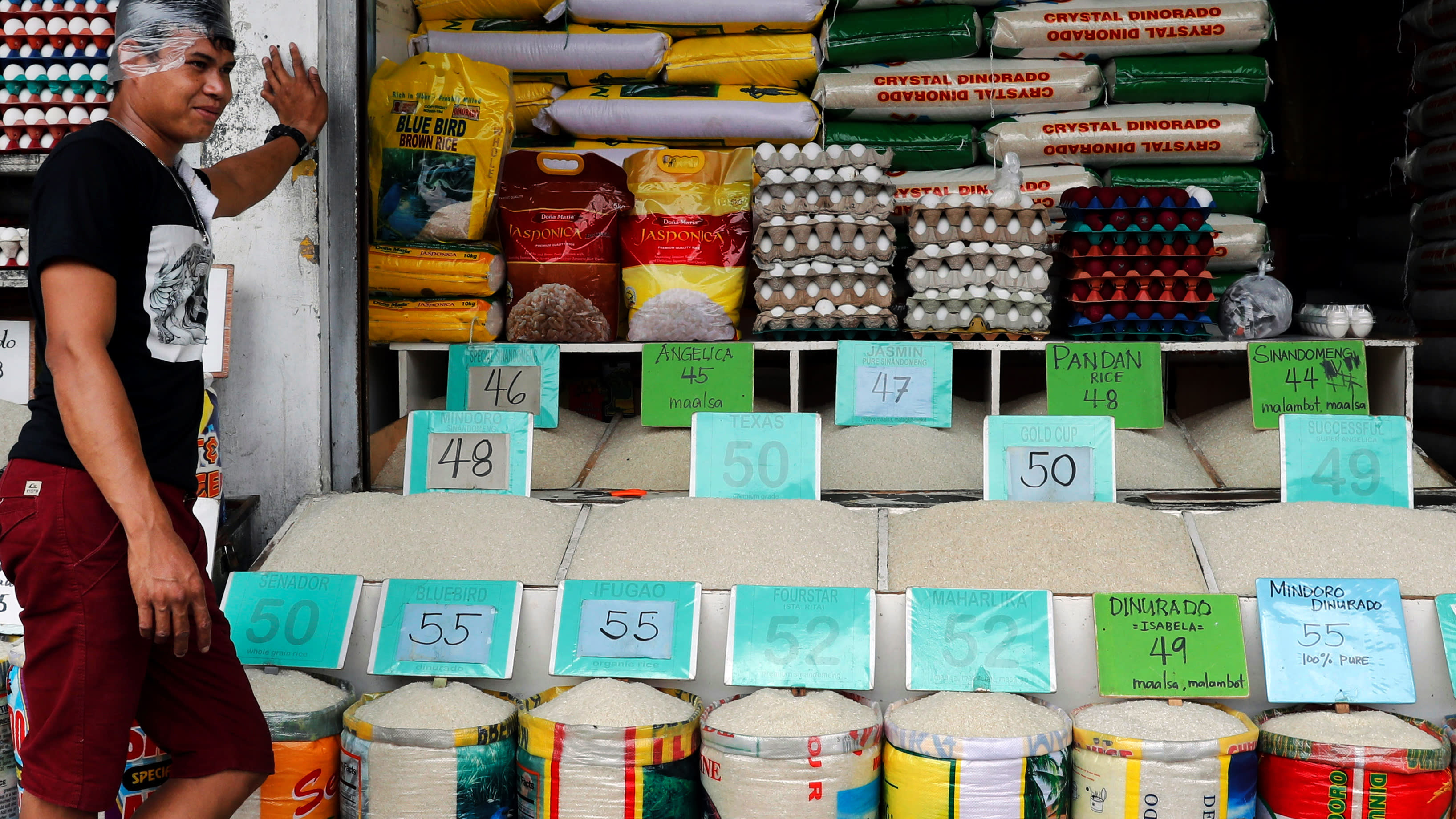 Delayed rice imports have pushed consumer prices in the Philippines to their highest levels in nearly a decade.   © Reuters

MANILA -- The Philippine government has blamed "off-the-mark" analyst forecasts for an unnecessary rise in inflation expectations this year, after months of fighting against rising consumer prices.

Finance Undersecretary Karl Kendrick Chua said that projections made by analysts at private banks and academics were as much as 15% out.

"We think that these forecasts have also driven inflation expectations that, as we know from global experience, have a tendency to become self-fulfilling prophecies," Chua said in a statement released on Sunday.

Margins of error above 10% were considered "weak estimates," he added. The Department of Finance analyzed inflation forecasts made by economists from 13 institutions.

The department's own projections also proved inaccurate. Out of 11 economic bulletins for its inflation forecasts, it matched actual figures only once.

Inflation from January to November has averaged 5.2%, well above the central bank's 2% to 4% target range, prompting it to raise key policy rates five times this year to try and quell surging prices. Last month, inflation began to decelerate after nearly a year of rising prices.

The Tax Reform for Acceleration and Inclusion, which is commonly referred to as TRAIN and took effect in January, raised levies on oil, sugar and other products while reducing the tax dues of individuals.

Toby Melissa Monsod, an economics professor at the University of the Philippines, said the finance department's analysis could affect how the public uses these forecasts. At the same time, she said, the analysis did not cite which factor had the largest influence.

"It's not clear whether the impact of those forecasts would be bigger than the TRAIN's impact," Monsod said. The institution's School of Economics does not release monthly inflation forecasts to the public and was not included in the report.

"We are not happy with the spin. How can it push expectations when we are just making estimates," said Ang, who was listed in the report as the economist producing the most accurate figures.

Duterte's economic team has reacted angrily to commentaries it deems critical. Recently, the government rebuked a labor professor who had questioned the effectiveness of the president's economic policies.

In August, Budget Secretary Benjamin Diokno told journalists not to undersell the Philippines after the Financial Times had reported that fund managers were reducing their exposure to the country amid political uncertainty.