Philippine outsourcing industry cuts revenue target by up to $10bn 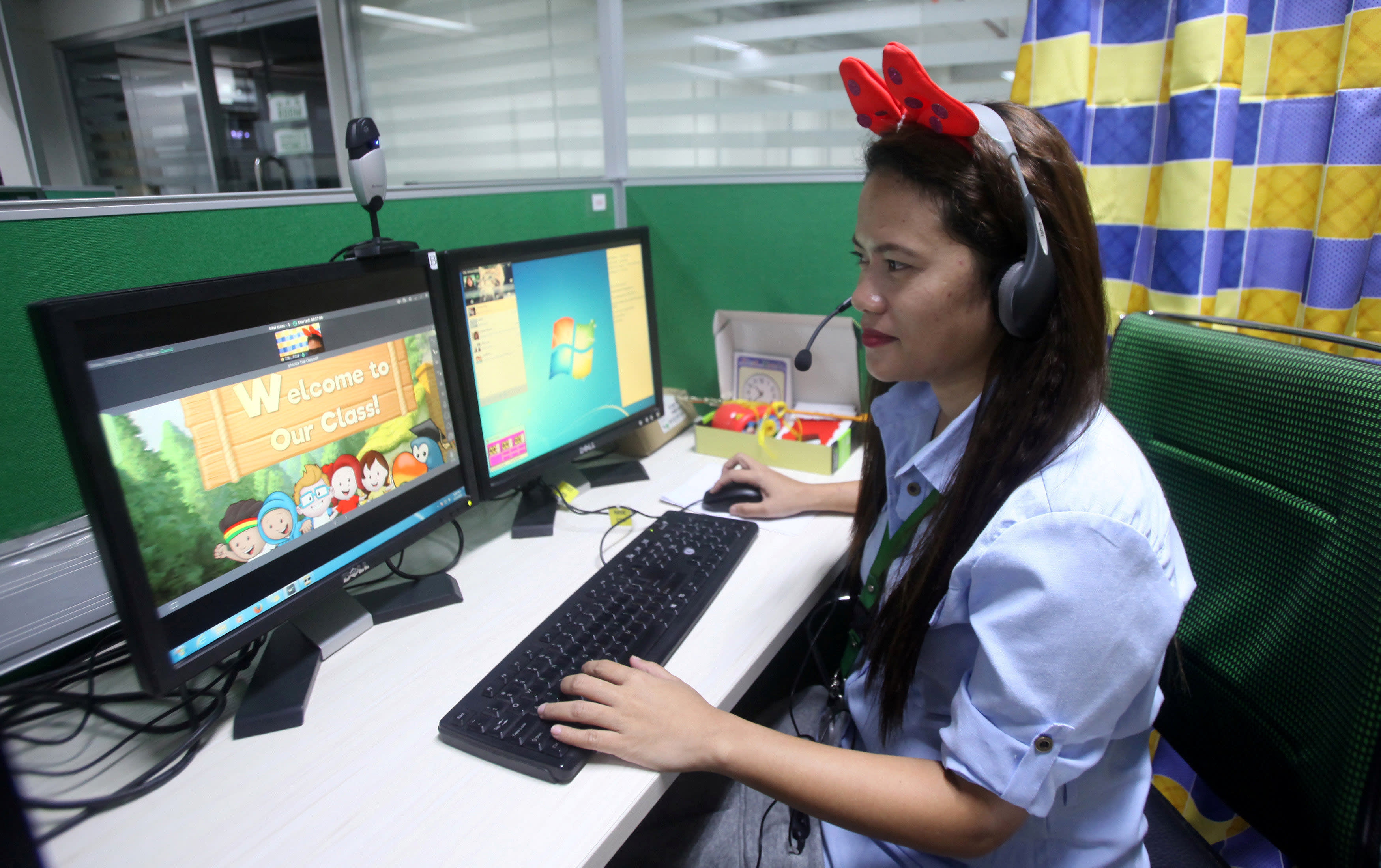 The Philippine outsourcing industry is forecast to employ between 1.42 million and 1.57 million people over the next three years, down from an earlier prediction of 1.8 million.   © Reuters
CLIFF VENZON, Nikkei staff writerNovember 12, 2019 23:09 JST | Philippines
CopyCopied

MANILA -- The Philippines' outsourcing industry is seeing revenue targets for 2022 as much as $9.9 billion lower than initially projected, as it grapples with domestic tax issues and the rise of automation, which has undermined the nation's call centers.

The industry, which, along with the $29 billion worth of remittances from overseas workers, counts as one of the nation's two top economic pillars, has also been hurt by predictions of a looming global recession.

By 2022, the industry is now expected to grow to between $29 billion and $32 billion, sharply lower than the $38.9 billion initially projected in 2016, according to a study by Texas-based management consultancy Everest Group. The research, commissioned by an outsourcing association, found the industry expects to employ between 1.42 million and 1.57 million people over the same period, down from 1.8 million.

The new targets were unveiled on Tuesday during an industry summit by members of the IT and Business Process Association of the Philippines, the organization of outsourcing companies offering services including call centers, back-end software support, health care, accounting and animation. 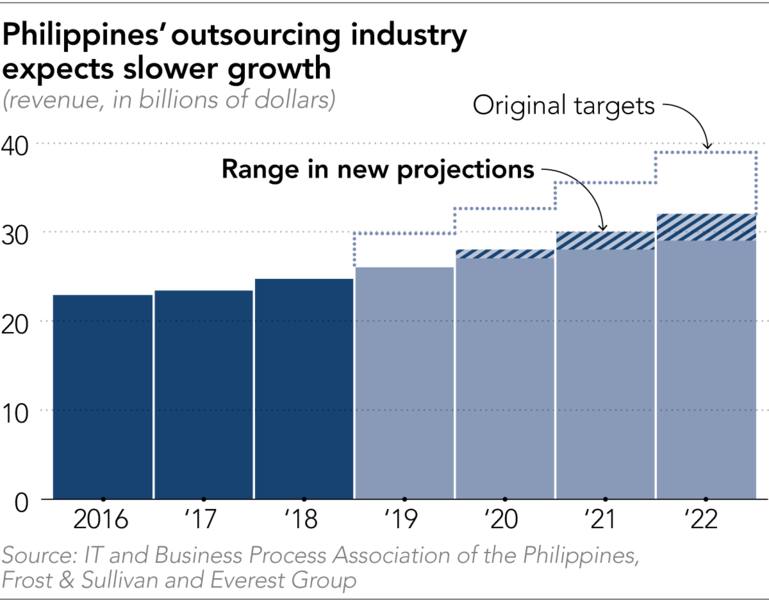 Three years ago, just before the election of U.S. President Donald Trump, the group launched a six-year road map that projected annual growth for the industry of around 9% between 2016 and 2022.

"Factors that contributed to this include geopolitical developments, like perceived protectionist policies which we are all familiar with, security concerns surrounding specific incidents that occurred in our country at the time and uncertainties brought about by proposed policy changes," Rey Untal, the president of IBPAP, told industry stakeholders on Tuesday.

"Certainly, there were disruptive technologies as well that took a toll, like artificial intelligence," Untal added.

Untal was referring to Trump's protectionist policies, which, as his administration has developed, have turned out to be centered more around manufacturing than on services. But, with over half of the global demand coming from North America, the policies served to unsettle the sector. He was also referring to the five-month takeover of Marawi City in the southern Philippines in 2017 by Islamic State-aligned militants, which also spooked investors.

But Untal said policy uncertainties were still raising concerns, as a result of Philippine President Rodrigo Duterte's comprehensive tax plan to cut the duration of income tax holidays -- which are enjoyed by many outsourcing companies -- in exchange for lower corporate income tax rates.

Untal said they were still seeking a longer adjustment period before implementation of the new rules. "At some point, we are looking for a softer landing."

The industry is also lobbying to ease Duterte's recent order to freeze applications for new special economic zones in the capital region of Metro Manila -- a decision he made to try to boost job creation in rural areas. Locating to so-called "ecozones" can offer companies certain fiscal advantages, as well as keeping them in or near the capital, with its necessary infrastructure and supply of qualified workers.

H. Karthik, managing director at Everest Group, said the sharply lower targets came against the backdrop of global developments, such as predictions of recession, an increase in automated transactions and a shortage of available talent with high-tech skills. "There are more headwinds than there are tail winds," Karthik said.

Untal said the industry would invest in "upscaling" its employees to equip them for more complex tasks, as basic customer services are set to be automated.

"There is a pivot to skills and talent development," Untal said.