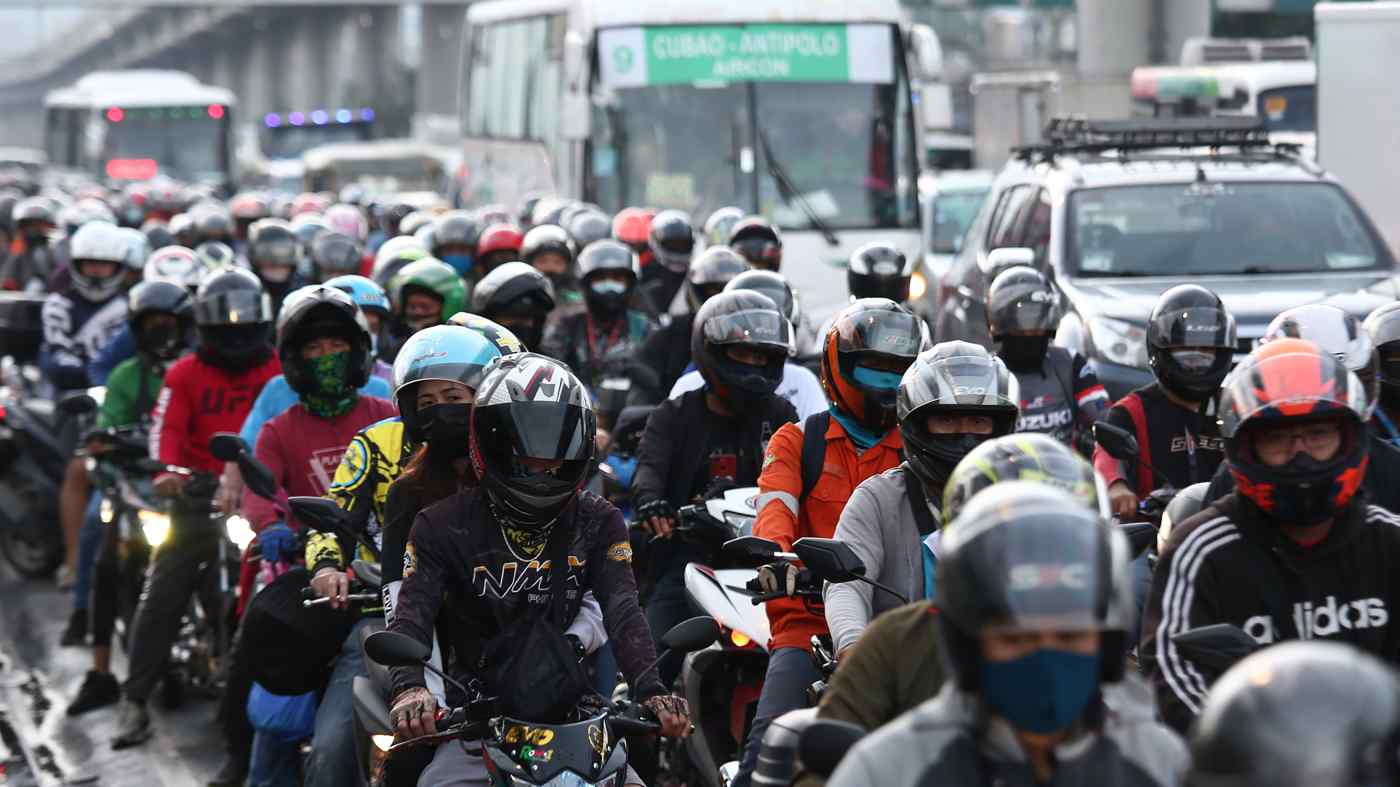 Filipinos wait at a checkpoint outside the city of Marikina during a tightened coronavirus lockdown on Aug. 6.   © AP
CLIFF VENZON, Nikkei staff writerAugust 10, 2021 11:09 JSTUpdated on August 10, 2021 15:18 JST | Philippines
CopyCopied

MANILA -- The Philippine economy grew 11.8% year-on-year in the second quarter, the country's statistics agency reported on Tuesday, marking the end of a pandemic-induced recession that spanned 15 months.

But the ongoing lockdown in the country's capital aimed at fighting the spread of the delta variant, which has pushed up daily COVID-19 infection numbers, could complicate the outlook for the second half of year, analysts said.

Rebounding from a 17% contraction a year ago, the April-to-June gross domestic product growth topped the 10% median forecast of 11 analysts polled by Reuters and represents the fastest expansion since the fourth quarter of 1988.

The bounce was underpinned by a recovery in household spending, a key economic driver in the nation of 109 million people. It jumped 7.2% amid looser restrictions after contracting by 15.3% a year ago. Total investment, meanwhile, climbed 75.5%, with private investment nearly doubling.

"This points to improvements in business confidence as the economy learns to live with the virus," Socioeconomic Planning Secretary Karl Chua said during a news conference, reading a joint statement from President Rodrigo Duterte's economic team.

The Southeast Asian nation saw its tightest lockdown rules in the second quarter of last year to fight the first wave of infections, shutting down 75% of the economy, according to government estimates.

Lockdown restrictions were tightened again in April amid a surge in coronavirus infections, sending the second-quarter GDP shrinking by a seasonally adjusted 1.3% from January to March. Analysts are seeing the same risks in the third quarter after Duterte imposed a two-week lockdown in Metro Manila, the country's economic center and home to 13 million people, beginning Aug. 6 to fight the spread of the more virulent delta variant. The new restrictions curtailed mobility and business activity.

"Although the economic impact of recent restrictions and lockdowns will not be as large as last year, we expect the latest restrictions and rise in cases will weigh on sentiment and dampen the recovery in household spending and services in third quarter," said Sian Fenner, lead economist at Oxford Economics.

"The Philippines' chances of a strong economic rebound ... are looking slim as a new surge in virus cases sees the imposition of containment measures once again," Holmes said.

The Philippines, which has had the second-worst COVID-19 outbreak in Southeast Asia, after Indonesia, had recorded 1.67 million cases as of Monday, with daily infections in the last five days averaging over 9,000, a level last seen in April. The country has so far inoculated around 10% of its population.

Ahead of the 2022 national elections, the Duterte administration is targeting growth this year of 6-7% to reverse a record 9.6% contraction in 2020.

The Asian Development Bank forecasts a more modest 4.5% growth, based on its latest assessment last month.