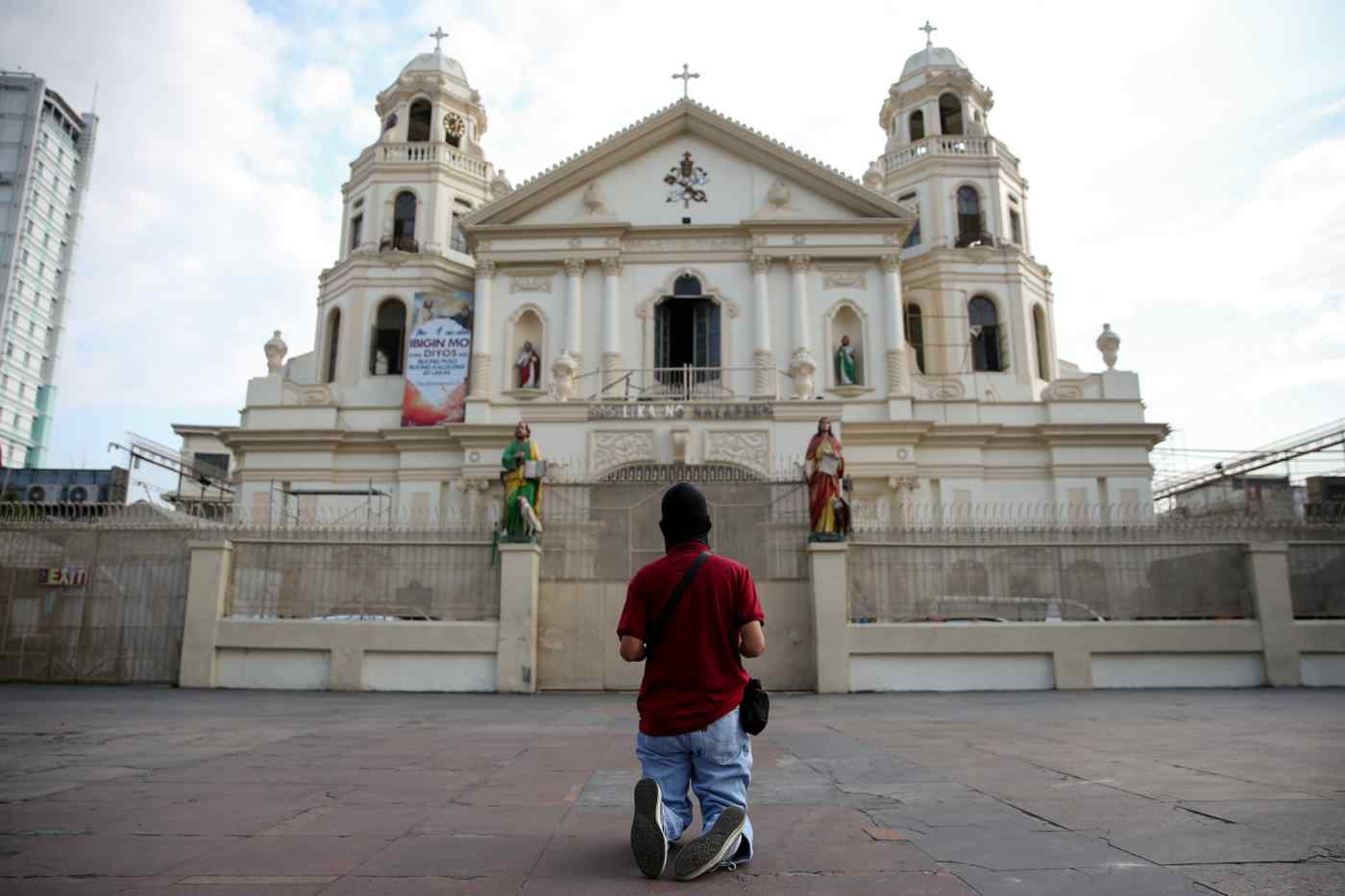 A Filipino Catholic prays outside a closed church on Maundy Thursday amid the enforcement of home quarantine to contain the coronavirus disease in Manila.   © Reuters
April 12, 2020 12:05 JST | Philippines
CopyCopied

MANILA (Reuters) --The Philippines' central bank governor on Sunday said another 200 basis-point cut in the bank's reserve requirement ratio is "forthcoming" and signalled more cuts in its policy interest rate to cushion the economic blow of the novel coronavirus.

The bank has slashed its interest rate by a total of 75 basis points (bps) so far this year to 3.25% - more than the 50 bps reduction to which it had earlier committed. It also cut the ratio of funds it requires banks to keep in reserve by 200 bps last month to help boost liquidity in the economy.

"It is now clear that reverting to where we were in 2018 - policy rate at 3.0% - is no longer an appropriate policy goal," Benjamin Diokno told reporters. "A deeper cut is warranted in response to the expected sharp economic slowdown."

The Philippines, usually among Asia's fastest-growing economies, is set to post zero growth this year under the government's best-case scenario, versus last year's 5.9%.

"The Philippines is now facing a once-in-a-lifetime crisis", Diokno said. "These new realities call for bolder but appropriate moves on the part of the BSP (central bank)."

President Rodrigo Duterte on Tuesday extended measures covering over half of the population aimed at limiting social contact, to slow the spread of a virus that has infected 4,428 people in the country and caused the deaths of 247.

Policies restricting movement and gatherings have been in place in and around the capital Manila for almost a month, dampening domestic consumption, a key driver of economic growth.

"The monetary authority's job, in coordination with fiscal authorities, is to manage a 'soft' landing and ensure economic takeoff begins quickly once the pandemic fades," Diokno said.