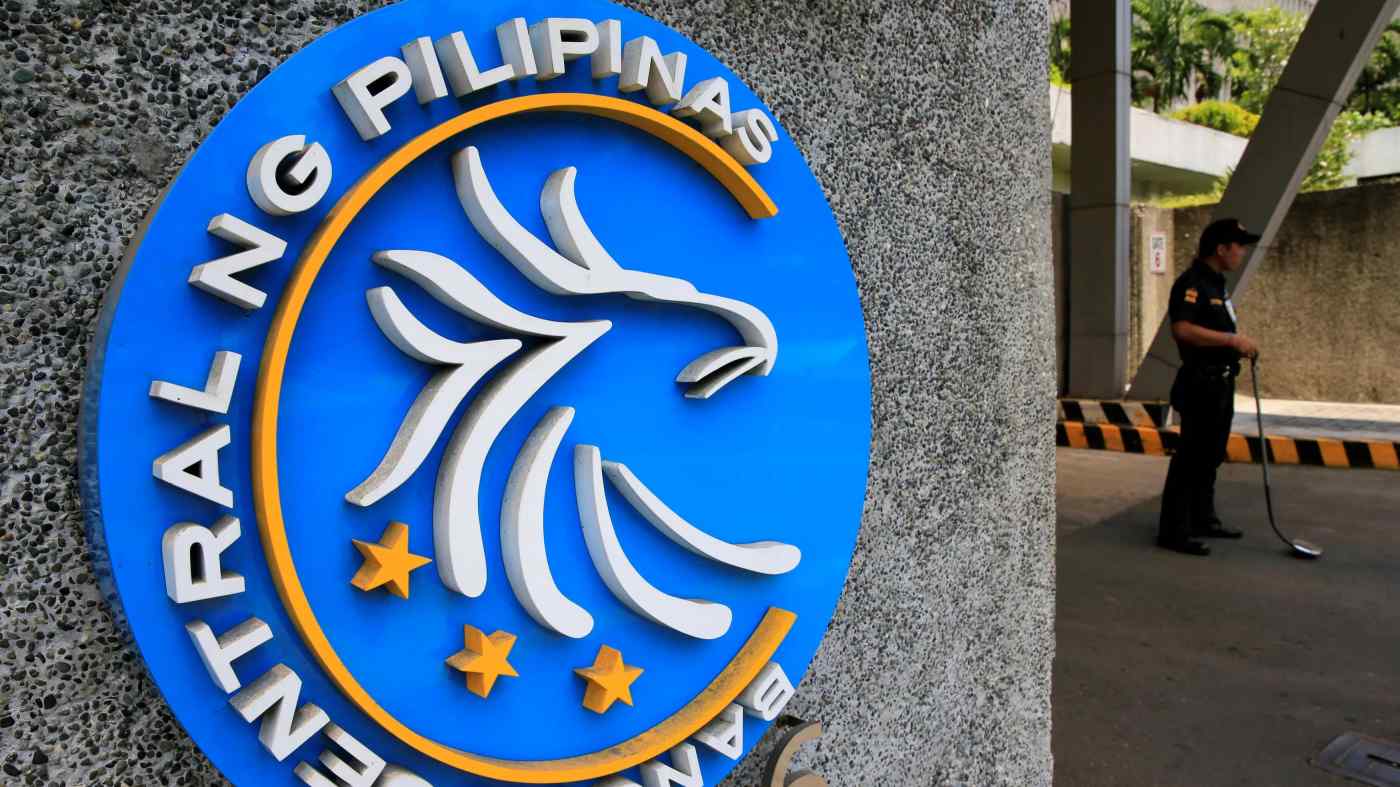 MANILA -- The Philippine central bank cut its key interest rate on Thursday just hours after the government reported that economic growth in the first three months of the year expanded at its slowest pace in four years.

The Bangko Sentral ng Pilipinas lowered its benchmark rate by 25 basis points to 4.5%, the first cut in nearly seven years.

Economists said the move will help stimulate the Philippine economy, which grew just 5.6% in the first quarter, the weakest since 2015 and the first time in 16 quarters that growth came in below 6%, the Philippine Statistics Authority said on Thursday. The latest report is below the government's 6% to 7% target range for 2019.

The slowdown comes at a time when inflation has eased in the last six months after reaching a 10-year high in 2018.

"The Monetary Board's decision is based on its assessment that the inflation outlook continues to be manageable, with easing price pressures owing to the decline in food prices amid improved supply conditions," BSP Governor Benjamin Diokno said on Thursday.

To anchor rising domestic price pressures, the central bank last year cumulatively raised its policy rate by 175 basis points to 4.75%, its highest level in a decade.

In 2016, the Philippine central bank also slashed rates by 100 basis points to 3% when it shifted to a different interest rate system, but it said at the time that the move was an operational adjustment and not an easing of monetary policy.

Diokno said banks' reserve requirements will be addressed next week at a regular meeting of the monetary board. A single percentage point reduction could inject nearly 100 billion pesos ($1.9 billion) of fresh liquidity into the financial system. At 18%, the Philippines has one of the highest reserve requirements in the world, and the central bank has signaled it wants to gradually reduce that level over the medium term.

In 2018, the BSP slashed cash reserve requirements for banks by 200 basis points.

The benchmark Philippine Stock Exchange Index fell 2.2% on Thursday after the GDP report was announced.

The Bank of Thailand, meanwhile, kept its one-day repurchase rate unchanged at 1.75% at its March meeting. The Thai central bank raised interest rates in December after keeping rates unchanged for over four years.

The Philippine government operated on a "re-enacted" budget at the start of the year after a congressional impasse delayed the approval of the government's 3.76 trillion peso ($72.3 billion) spending plan. Building new infrastructure projects and the scheduled pay increase of government workers were suspended until President Rodrigo Duterte signed the appropriations law in April.

Socioeconomic Planning Secretary Ernesto Pernia said on Thursday that the economy would have expanded 6.6% if Congress had passed the budget on time.

"As we have forewarned repeatedly, the re-enacted budget would sharply slow the pace of economic growth," he said.

As a result of the budget delay, public spending growth -- which contributes a fifth to overall GDP -- slowed to 7.4% from a year earlier after growing 14% in the same period last year. Consumer spending remained the main economic driver, growing 6.3% on the year.

Government spending is expected to remain sluggish for the rest of the first half while a public works ban is in place until June due to the May 13 midterm polls.

Thatchinamoorthy Krshnan, economist at Oxford Economics, said in a note that full-year growth may fall below the government's target but may pick up pace in the succeeding quarters.

"Today's print indicates that GDP growth will likely dip below 6% for 2019 as a whole. That said, the low point seems to be behind us," Krshnan said.