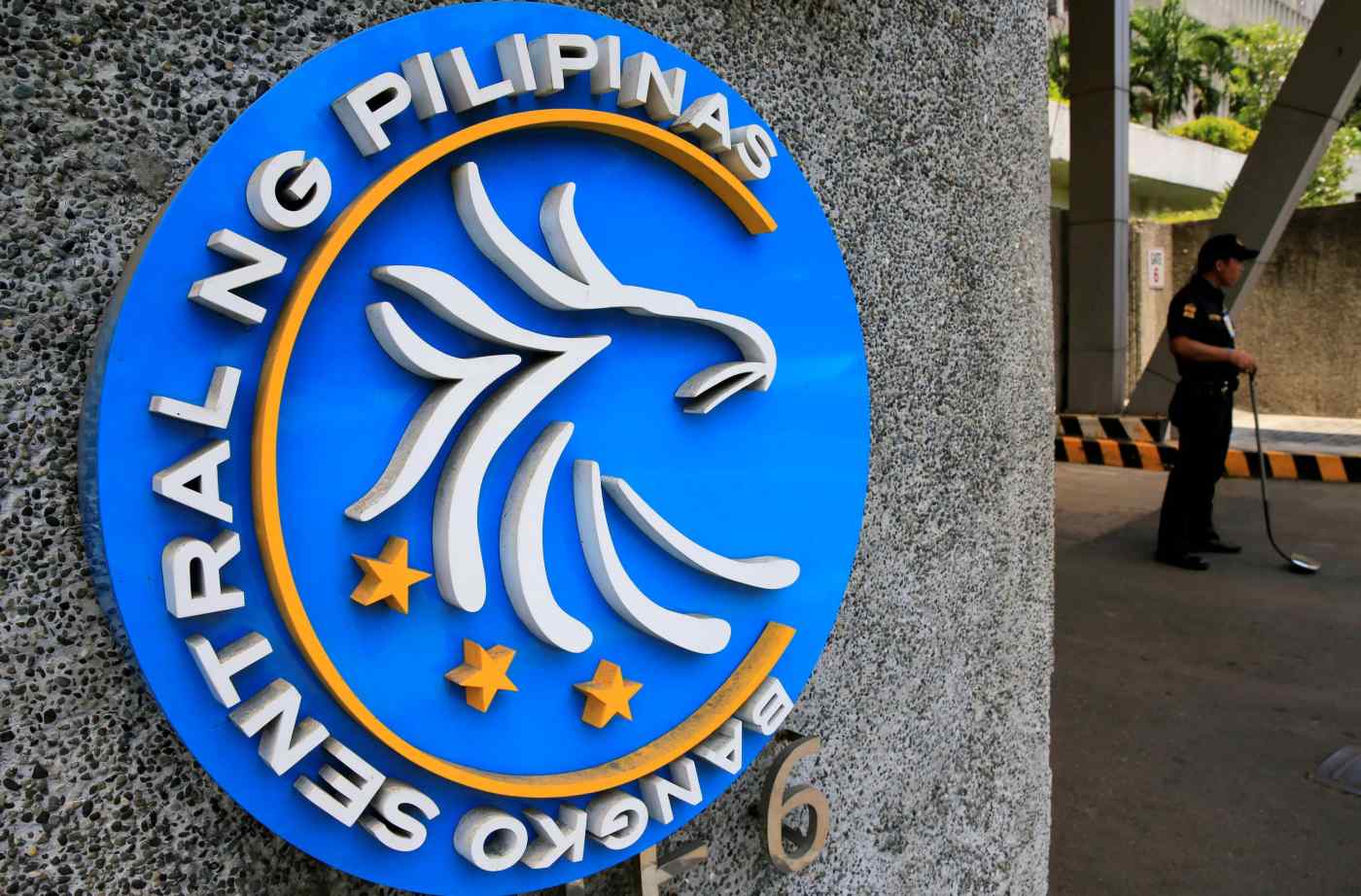 MANILA -- The Philippine central bank slashed its key interest rate on Thursday and hinted at further easing, just hours after data showed the economy had grown at its slowest rate in more than four years in the second quarter.

The Bangko Sentral ng Pilipinas lowered its benchmark rate by 25 basis points to 4.25% -- a cut in line with the projections of all 10 analysts polled by Reuters.

The move follows data this week showing July inflation had slowed to a two-year low of 2.4% -- within the central bank's 2%-2.8% range -- and the government report that growth slowed to 5.5% in the April-June period.

"The Monetary Board's decision is based on its assessment that price pressures have continued to ease since the previous meeting," Gov. Benjamin Diokno said at a briefing.

"The prospects for global economic activity are likely to remain weak amid sustained trade tensions among major economies," he said. "Domestically, the outlook for growth continues to be firm on the back of a projected recovery in household spending and accelerated implementation of government's infrastructure spending program."

The Philippines is the latest country in Asia to cut rates in the face of easing by the U.S. Federal Reserve and the escalating trade war between Beijing and Washington. India, Thailand and New Zealand all lowered rates on Wednesday.

The cut confirms a change in direction by the central bank, which last year raised its policy rate by 175 basis points to 4.75%, its highest level in a decade. In May, the bank eased for the first time in seven years. 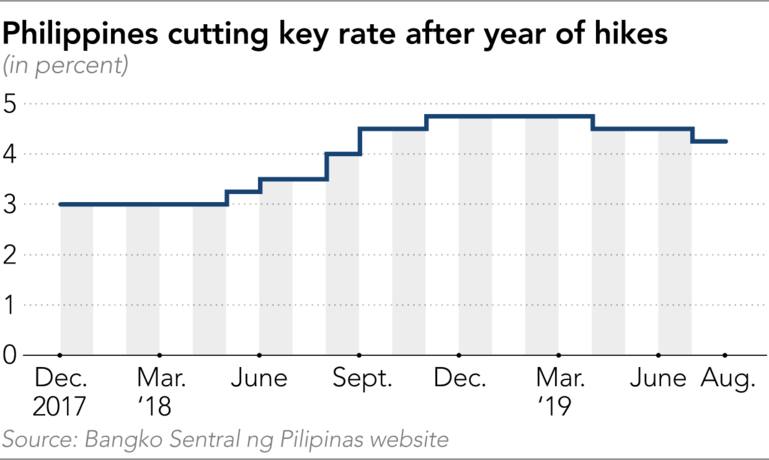 "The Monetary Board believes that the benign inflation outlook provides room for further reduction in the policy rate as a preemptive move against the risks associated with weakening global growth," he said.

In a note published before the decision, Nomura said another 25-basis-point cut in the September meeting was possible.

"We also do not rule out additional cuts to the reserve requirement ratios this year," the Japanese financial group said, referring to the funds that big banks are required to park in the central bank, which currently stand at 16%. The April-to-June growth data was lower than the government target of 6-7%, as well as the median forecast in the Reuters poll of 5.9%.

Philippine Socioeconomic Planning Secretary Ernesto Pernia told reporters earlier Thursday that he was now looking at a 6.0%-6.5% expansion for the entire year, and signaled the central bank would "do something" to "stimulate the economy" during the afternoon meeting.

Nomura, which kept its 25-point cut projection despite the disappointing expansion, said it expects growth to rebound in the second half due to "a swing to expansionary macro policy mix" and the state's "catch-up spending plans" launched in May, which called for accelerated disbursement of infrastructure funds.

The government operated on a repeated, or so called "re-enacted," budget at the start of the year after a congressional impasse delayed the approval of the government's 3.76 trillion-peso ($72 billion) spending plan. This stalled a rollout of new infrastructure projects and salary hikes for civil servants until President Rodrigo Duterte signed the appropriations law in mid-April.

In the face of budget delay, government consumption expenditure, which contributes to a tenth of gross national product, grew by 6.9% in the second quarter -- slower than the 11.9% expansion a year ago. Meanwhile, public construction fell by 27%.

Services, the largest growth driver, expanded 7.1% on the year; industry grew 3.7%; while agriculture improved 0.6% amid an El Nino dry spell.