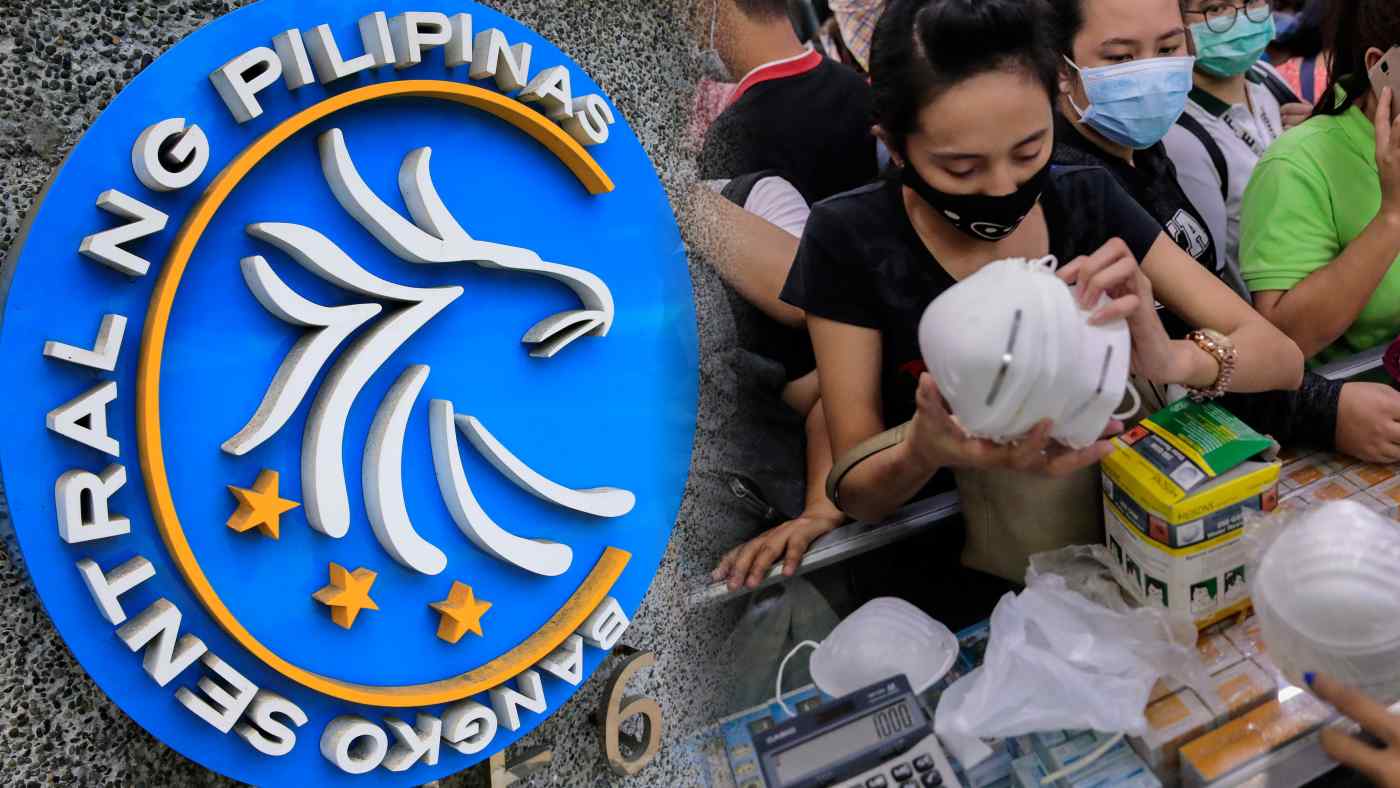 MANILA -- The Philippine central bank cut the benchmark interest rate by 25 basis points on Thursday to help shield the economy from the effects of the coronavirus outbreak and a recent volcano eruption.

At its first meeting of the year, the bank lowered the key rate to 3.75% in line with market expectations. The resumption of easing came after the government reported on Wednesday that January inflation rose to 2.9%, although the figure was still within the targeted 2% to 4% range.

Despite upward pressure on food prices, central bank Gov. Benjamin Diokno said the cut is warranted to support the economy amid weak global growth prospects due to "geopolitical tensions."

"At the same time, the Monetary Board also noted that the spread of the 2019 novel coronavirus could have an adverse impact on economic activity and market sentiment in the coming months," Diokno said.

"Given these considerations, the Monetary Board concluded that the manageable inflation environment allowed room for a preemptive reduction in the policy rate to support market confidence," he added.

The governor has signaled a 50-basis point reduction this year, after trimming the key rate by 75 basis points last year. In 2018, the central bank hiked the policy rate by 175 basis points.

Security Bank Chief Economist Robert Dan Roces said another rate cut is possible at the next policy meeting on March 19, "should the situation with the [new coronavirus] take a turn for the worse, and indications of a deeper downside effect to the economy are observed."

The Philippines is targeting economic growth of 6.5% to 7.5% in 2020, after the figure fell to 5.9% last year, the lowest expansion in eight years.

But the economy is facing challenges after the Taal volcano erupted in January, damaging crops and briefly disrupting the operation of some factories. It now faces a slowing Chinese economy that is being hammered by the coronavirus outbreak.

China is the country's largest trading partner and second-biggest source of tourist arrivals. But Philippine President Rodrigo Duterte has temporarily banned entry of foreign nationals who had traveled in China -- including Hong Kong and Macao -- forcing local airlines to suspend flights amid slumping demand.

Speaking at a Senate hearing on Tuesday, Finance Secretary Carlos Dominguez said the volcano eruption and coronavirus, as well as the African swine fever, "could slightly restrain economic expansion."

Still, Dominguez remained optimistic, saying those events were "not enough to force a dramatic reduction in our growth estimate."