Philippines has global ambitions for its chocolate

Homegrown cacao is gaining market share from base in Davao 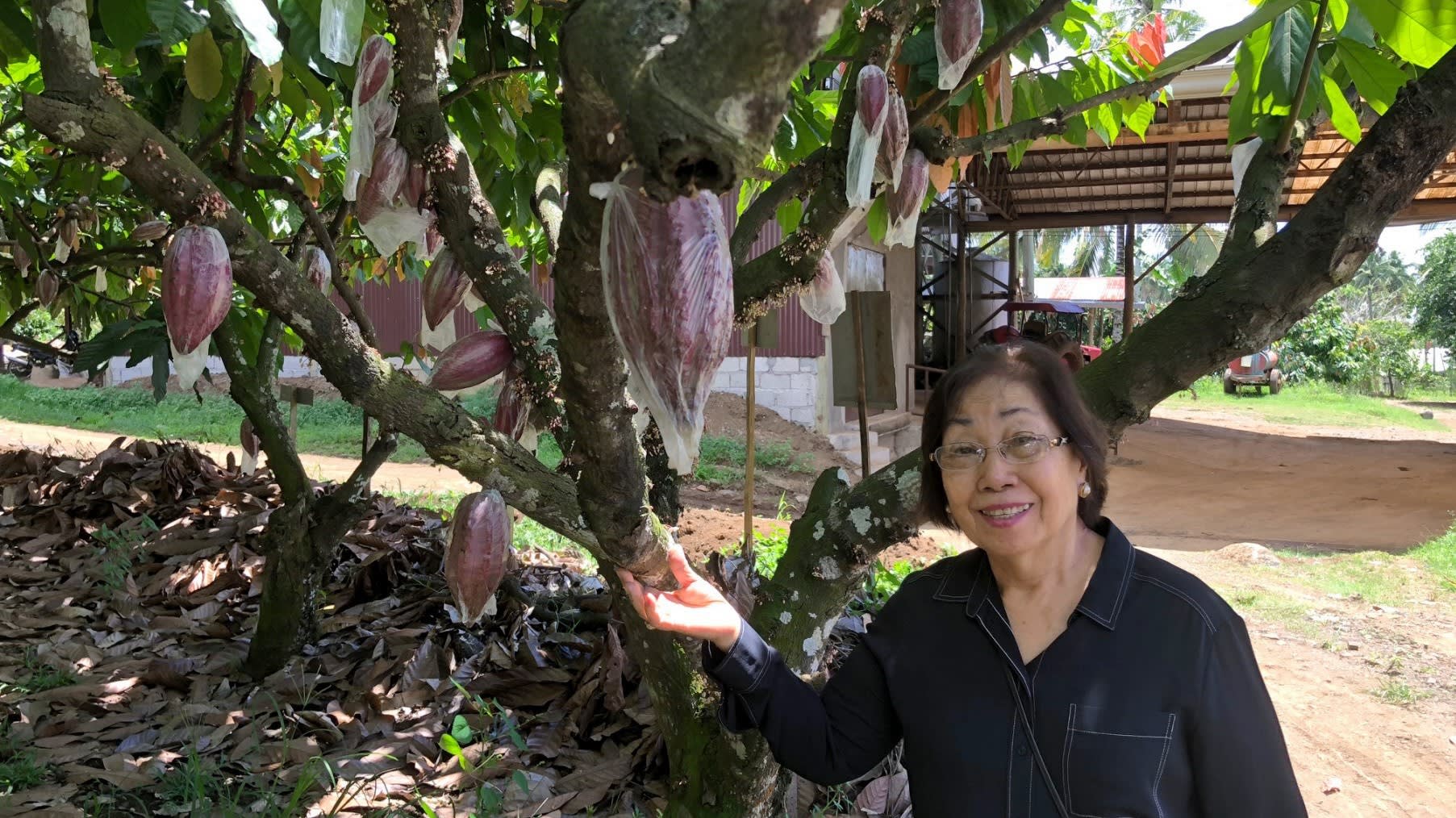 MANILA -- As Philippine chocolate gains global recognition, the government is pushing the revival of the cacao industry so the country can join the ranks of top suppliers in the equatorial "Cacao Belt."

The city of Davao on Mindanao -- hometown of President Rodrigo Duterte -- has become the hub of the rapidly growing cacao industry in the Philippines. The greater Davao area accounts for about 90% of the nation's output.

Falling in the Cacao Belt within 20 degrees north and south of the equator, Davao has a suitable climate and had many cacao farms for decades. But pest damage in the 1980s cut into harvests, and the industry languished.

A renaissance has arrived, driven by companies like Malagos Agri-Ventures. Co-founder Charita Puentespina started producing cacao in the early 2000s, and in 2007 began learning from experts from Mars -- the American maker of M&Ms and other chocolates -- to optimize the use of fertilizers and sun-drying of large volumes of beans, among other steps. By 2009, the quality of the beans improved significantly and the company began supplying Mars that year.

Today, Malagos Agri-Ventures operates 30 hectares of cacao farms with 16 partner farmers in the mountainous areas outside of Davao. Customers from around the world come to buy the product, Puentespina said.

The company also produces chocolate at its processing facilities. It supplies chocolate beverages to luxury hotels and restaurants, and sells chocolate with high cacao content within the Philippines. Malagos Agri-Ventures also exports to markets like the U.S., Singapore and Japan. Its chocolate has won international accolades, having been recognized by the British Academy of Chocolate last year.

In the past, chocolate makers here depended on imported cacao to ensure stable quality. Today, companies like Malagos, Theo & Philo, and Auro have established brand recognition by touting Davao-grown cacao. Chocolate-loving Filipinos provide a strong home market for the industry's revival, and the Philippine chocolate brands have made their way into department stores and household goods stores in Japan.

Seizing on the industry's potential, Davao Mayor Sara Duterte -- a daughter of the president -- has declared an initiative to make the city the "chocolate capital" of the Philippines. By supporting technological improvements by cacao producers and bolstering Davao chocolate brands, the city seeks to make its cacao industry globally competitive, she says.

The national government is supporting the initiative, and the Department of Tourism endorsed it at the end of last year.

The global supply of cacao is expected to fall short of demand down the road due to climate change and growing consumption. The Philippines ranked 24th in the world as a producer in 2016, with an annual output of 6,263 tons, according to Food and Agriculture Organization of the United Nations. The volume is less than 1% of that of global leader Ivory Coast, which produced 1.47 million tons the same year. The Cacao Industry Development Association of Mindanao aims to boost domestic output to an annual 100,000 tons by 2020 to become a cacao superpower.