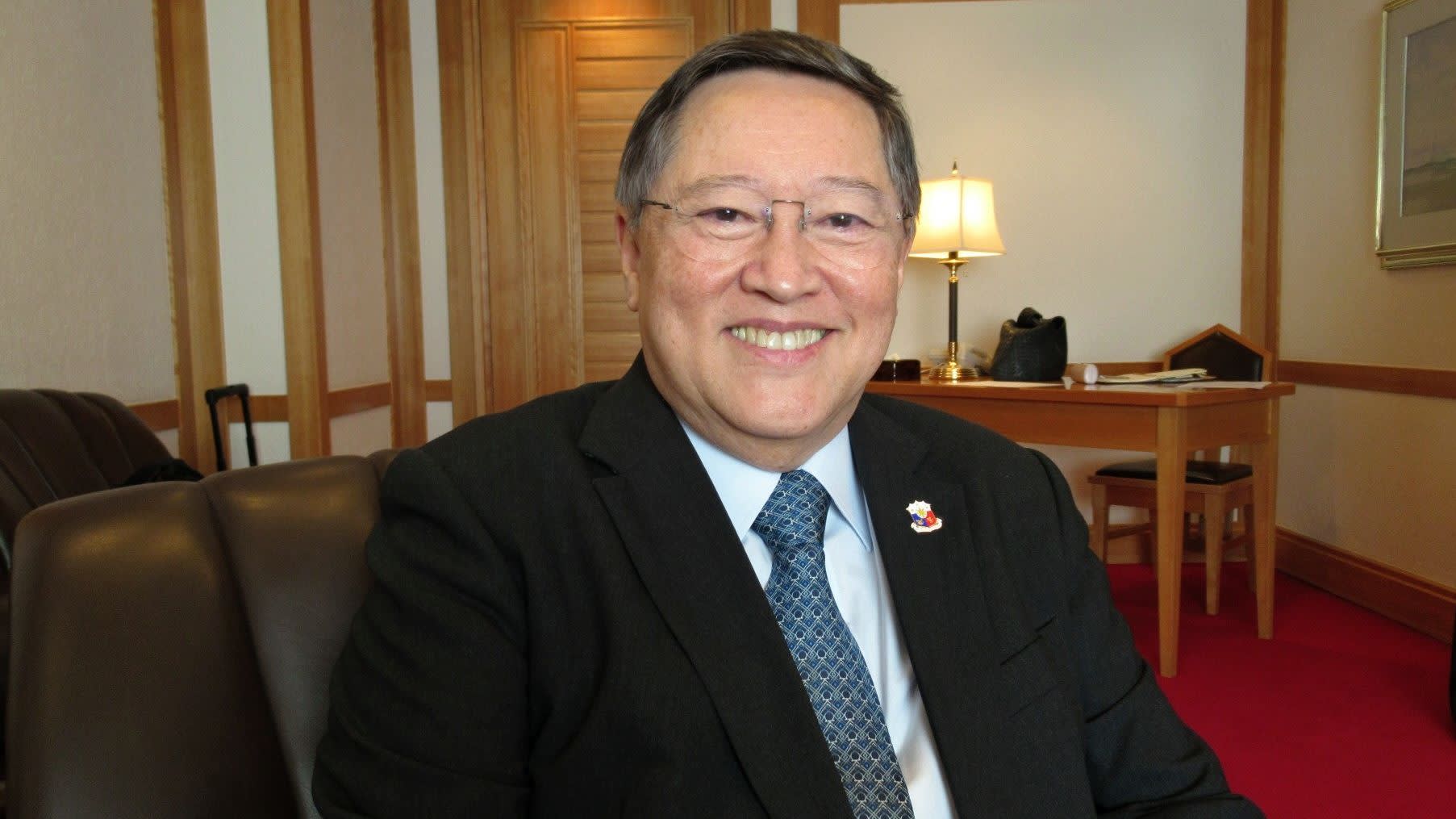 TOKYO -- The Philippines plans to float $1 billion worth of yen-denominated bonds in August, the nation's finance secretary says, seeking to diversify sources of foreign funds and back President Rodrigo Duterte's massive infrastructure initiative.

The Southeast Asian country last offered samurai bonds in 2010, to the tune of 100 billion yen ($912 million at present rates). That issuance was guaranteed by the Japan Bank for International Cooperation.

But "this time, we are not asking for a guarantee from JBIC," Secretary of Finance Carlos Dominguez said in a Tokyo interview. He expressed confidence that the Philippines' healthy economy would attract investors.

The government is already in talks with financial institutions on specific terms, with a leading plan entailing multiple tranches of bonds.

The Duterte administration intends to invest 8 trillion pesos ($150 billion) by 2022 in railways, airports, roads and other projects. "We want to accelerate the construction of infrastructure," said the finance secretary.

The yen-denominated float is one step in the effort "to diversify our sources of foreign funds," Dominguez said, adding that the country would like to have a "continuous presence" in the market, potentially issuing new samurai bonds every two to three years. He hopes to draw Japanese investors with yields they cannot get at home, given the Bank of Japan's ultra-loose monetary policy.

An issuance of Chinese yuan-denominated bonds is also in the works. Many emerging economies have turned to issuing debt in currencies other than the dollar as the cost of raising funds increases with U.S. interest rates rising.

"We have to adjust to the new reality" of monetary tightening in the U.S., Dominguez said, but added that the change in the financial environment had been foreseen and would not cause a major shock. "The Asian economy is quite resilient," he said, and "the Philippines is robust."

Dominguez expressed caution over the peso's depreciation against the greenback, warning that rapid changes were not good for the economy. But a weaker peso would also provide a lift for exporting companies, as well as from workers abroad sending money home, he said.

In December, Duterte signed into law a tax reform bill that reduced personal income taxes while increasing excise duties and other taxes. Dominguez called the reform simple, fair and effective. Tax collection was going well, the secretary said, adding that revenue for January-May was up 19% year on year and he hoped to maintain that trend.

The finance secretary expects the Philippine economy to grow 6.9% to 7% for the full year. Private consumption and the manufacturing sector continue to drive favorable conditions.