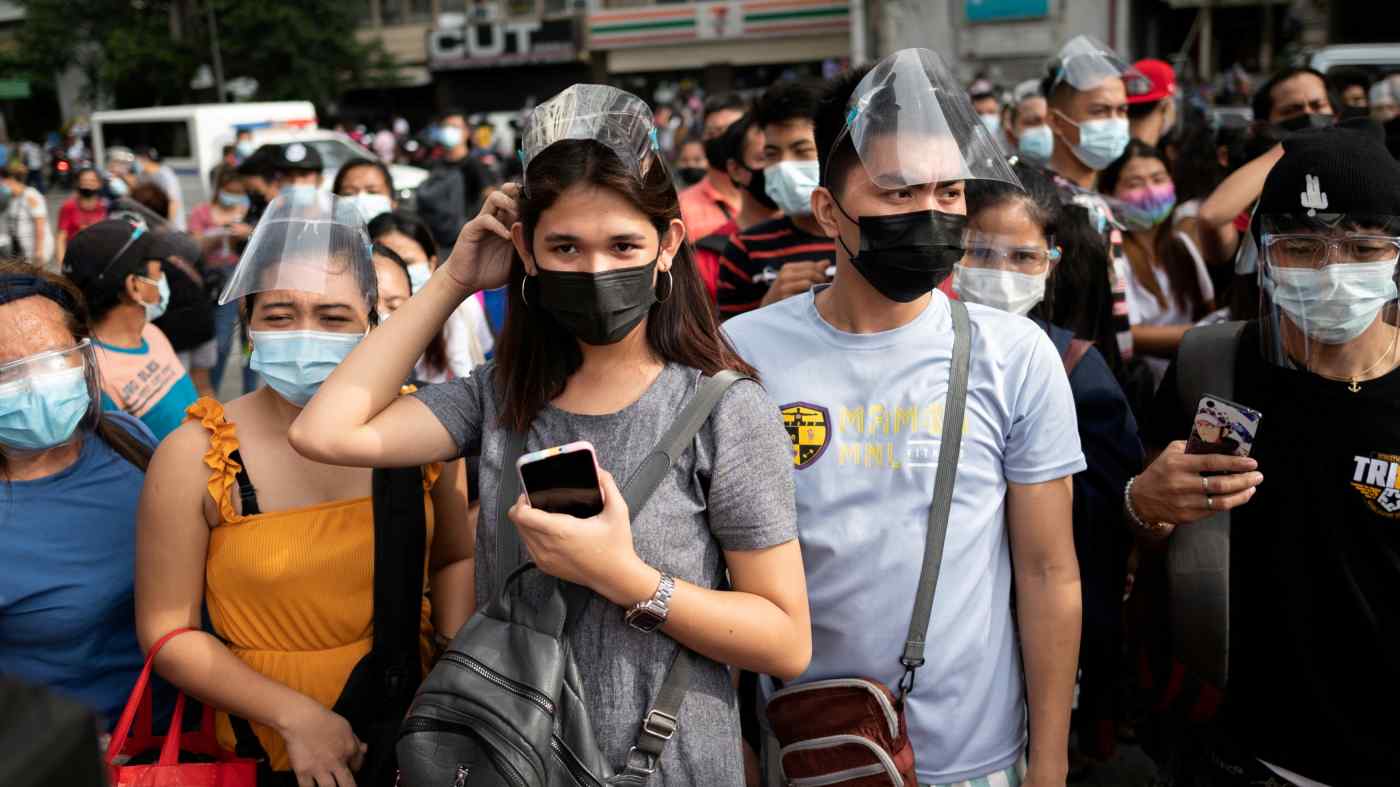 Filipinos wait for COVID-19 vaccine shots outside a mall in Manila. The government says it now expects much slower growth as the delta variant and its repercussions rip through the econmy.   © Reuters
August 18, 2021 19:30 JST | Philippines
CopyCopied

MANILA (Reuters) -- The Philippines lowered its economic growth target for this year, reflecting the impact of a two-week lockdown of the capital region to contain the spread of the Delta coronavirus variant, a government interagency said on Wednesday.

This year's growth target was cut to 4% to 5% from the 6% to 7% expected previously, the Development Budget Coordination Committee (DBCC) said in a statement.

The downgrade was still a significant improvement from last year's record contraction of 9.6%.

"Our strategy is to continue managing the risks carefully by imposing granular quarantines while allowing a vast number of people to earn a living," the DBCC said.

The Southeast Asian nation, which was among the fastest-growing economies in Asia before the pandemic, exited recession in the second quarter, after five consecutive quarters of contraction.

But a renewed surge in COVID-19 cases, driven by the virulent Delta variant, forced authorities to impose a two-week lockdown of the capital region, undermining the economy's expected rebound this year.

More than a year and a half into the pandemic, reported coronavirus infections in the Philippines have soared to more than 1.77 million, the second-highest level in Southeast Asia, while deaths have exceeded 30,600.

The Philippines has so far fully immunized around 11% of its 110 million people against COVID-19, leaving millions still vulnerable.