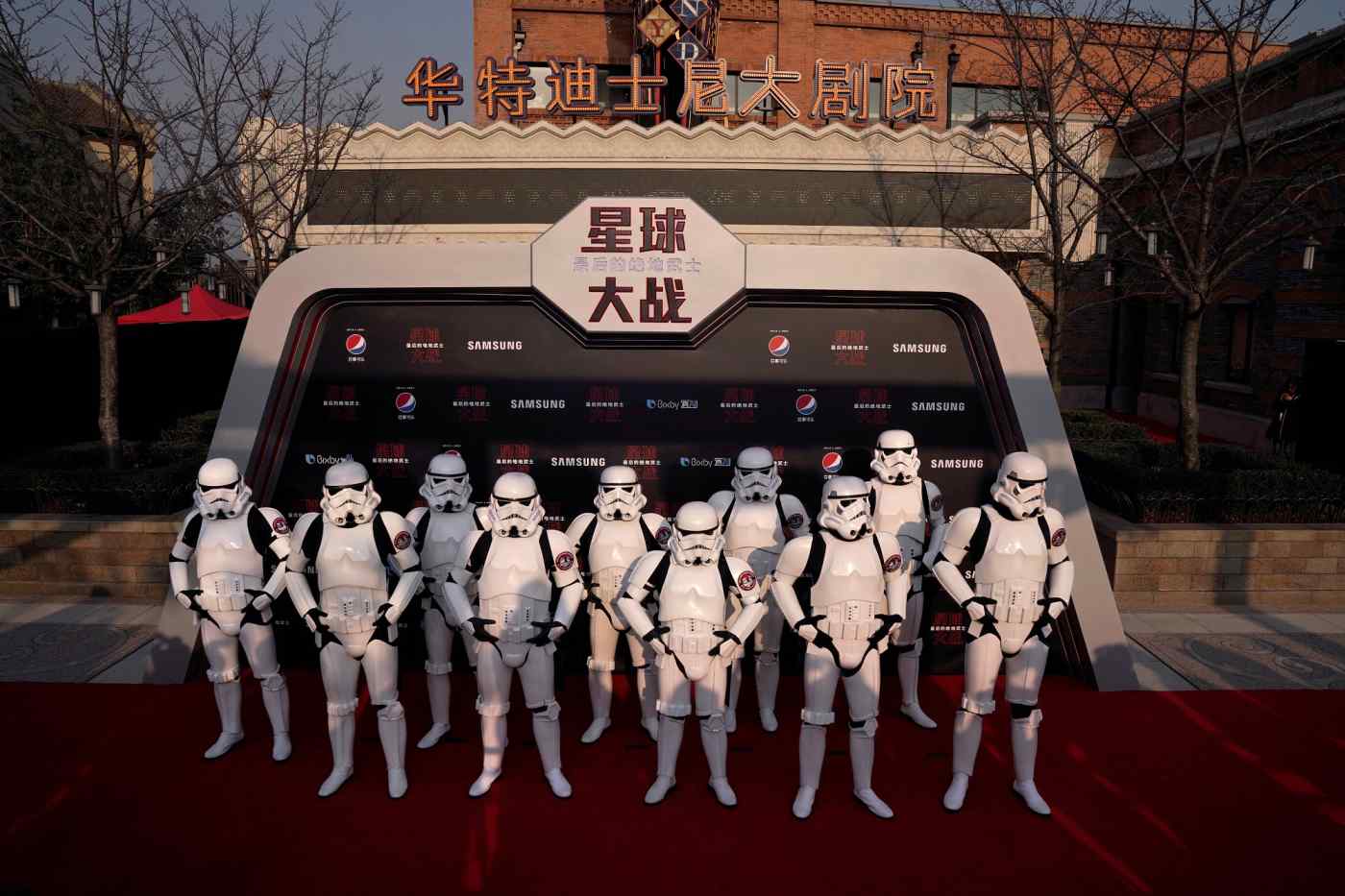 DALIAN, China After stalling hard in 2016, the Chinese box office is back in gear. Annual ticket sales returned to double-digit growth in 2017, helped by new rules purging pirated movies from the internet, leaving no other option than to pay for new releases.

"I was able to watch any movie for free online just a short while ago," said a 24-year-old corporate employee who works in Dalian. When she was in school, pirated Hollywood titles could be found easily online.

But now, all that remain are fee-based streaming sites on which the newest films are unavailable until a month after theater releases. The woman said she had little choice but to pay to see the latest films on the big screen. 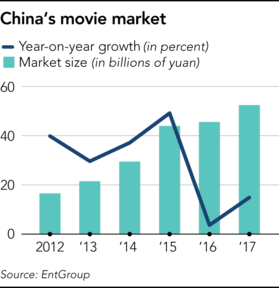 Cinemas have become popular destinations for China's expanding middle class. Until 2015, box-office receipts had been climbing by 20-50% annually, according to data from EntGroup, a Chinese research company. This rapid growth had put the country's movie market on track to surpass that of the North American market -- the world's largest.

But then the boom when quiet, with ticket sales growing only 3.7% in 2016 and sales actually shrinking 7% in the first quarter of 2017, the first such decline on record. The reversal was blamed on a lack of good domestic films, cheaper tickets, diversified entertainment options -- and rampant internet piracy. People print movie tickets from a machine at a cinema in Tianjin, China.   © Reuters

The recovery in ticket sales is good news for Hollywood. China has become a major source of revenue and a safety net for U.S. studios, letting them recover their production costs even if an expensive film flops in its home market.

Michael Bay's "Transformers: Age of Extinction" (2014), for instance, was largely considered an under-performer in the U.S., selling $245 million in tickets. But it became the highest grossing movie ever in China, up to that time, taking in over $300 million. Globally, it earned $1.1 billion. The movie had a production budget of $210 million.

Hollywood's growing reliance on the foreign box office, however, brings a new set of challenges. Western movies can struggle if Chinese audiences fail to relate to the storyline. The Star Wars franchise found that out the hard way in January when "The Last Jedi" was pulled from most Chinese screens after just two weekends. Following a relatively weak opening weekend of $28.7 million, ticket sales tumbled 92% to $2.4 million in its second Friday-Sunday period.

The nostalgic references to the original series were lost among the young Chinese cinemagoers. China was just one year out of the Cultural Revolution when the first Star Wars film came out in the U.S. in 1977. It was not released in China at the time. Luke Skywalker simply isn't a childhood hero to most moviegoers in the country.

THEATER APPEAL Chinese authorities took action against piracy in March last year by putting into force the Film Industry Promotion Law, passed under the banner of safeguarding copyright. As well as punishing individuals and companies that leak movies onto the internet, the government is actively removing pirated films from the Chinese web.

Movie theaters have also been working to shore up sales. Dalian Wanda Group, China's largest theater operator, built two cinemas in Beijing last year that have the latest in sound and image technology aimed at providing an experience that cannot be had from watching videos online.

Chains such as CGV, a South Korea-based multiplex giant that operates in China, offer free food and phone charging for people who sign up for memberships. Others also draw moviegoers with campaigns granting deep discounts.

HEALTHY RESTRICTION Although China's movie industry is picking up, there are some indications that the one-party state will not fully open up its market anytime soon. For one, the stated aim of the film promotion law is to maintain the unity and dignity of the state, and to protect Chinese history from "distortion." The language allows for tighter censorship. China also imposes a quota of 34 films per year from foreign distributors. Nonetheless, non-Chinese films accounted for nine of the 15 movies that earned more than 1 billion yuan last year. Homegrown features generated 52% of the revenue, down 4 points from 2016.

With the size of the North American movie market staying flat from 2016, Hollywood studios are pouring resources into jointly producing movies with Chinese companies to skirt the import quota. Foreign films whose distribution rights are picked up by Chinese distributors are also exempt.

And following the recent Star Wars flop in China -- despite "The Last Jedi" being the number one film released in the U.S. last year -- studios are expected to move to movies with more action and less dialogue to ease the transition into the Chinese and other international markets.