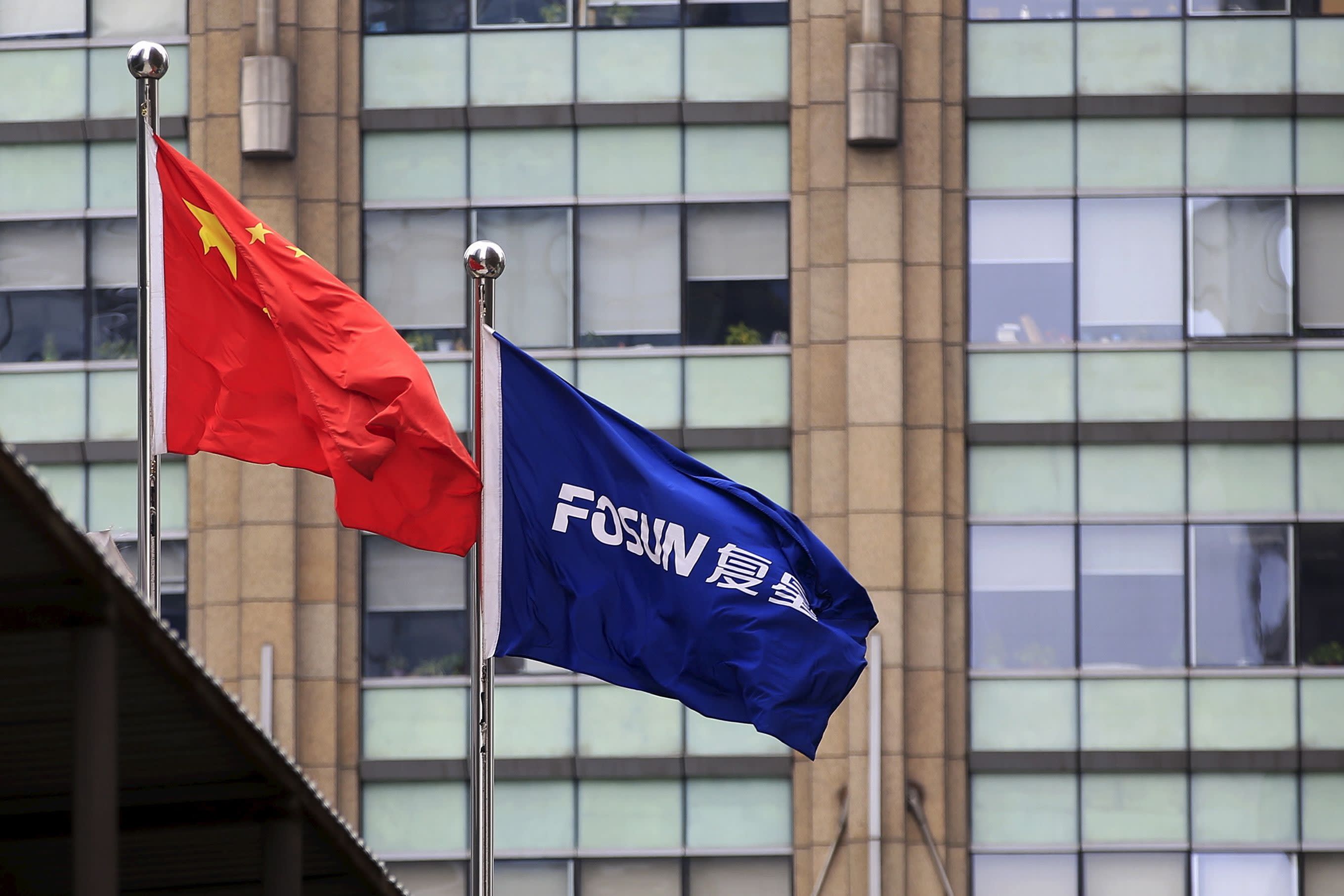 The Chinese government in June ordered state banks to restrict lending to Fosun International and other private conglomerates that spent heavily on overseas acquisitions in 2016.   © Reuters
CopyCopied

"Follow our party, start your business," reads the command in English and Chinese cut into a steel cube that stands on one of its corners directly across the street from the corporate headquarters of internet company Tencent Holdings in Shenzhen.

The hollow sculpture, complete with a hammer-and-sickle emblem, serves as a reminder that no matter how successful a private business is in China's socialist economy, it cannot avoid interference from the government.

This year the authorities have reached beyond state-owned enterprises and into the boardrooms of China Inc. The government launched a crackdown on overseas investment by private companies then followed with instructions for them to invest in the domestic economy. The extraordinary pressure on business people to keep their assets in China is a warning signal that the real economy could be in worse shape than official data would suggest.

The government's two-pronged campaign against conglomerates and the finance sector ostensibly advances the cause of deleveraging. The aim is not so much to reduce credit, but rather to reclaim control over supply, competition for which has driven the fight for wealth in China since the early days of the economic opening and reform policy in the 1980s.

China accounted for roughly half of all new credit created globally between 2005 and 2015, according to calculations by the New York Federal Reserve. S&P Global estimates that the country's share will rise to 62% for 2016-2020.

Credit is a subtle but powerful tool for the government to direct investment to support policy objectives. State banks still favor lending to state companies, which account for more than 80% of their loan books, despite their being less efficient than the private sector.

Data from Hurun Research Institute in Shanghai shows that overseas mergers and acquisitions by private Chinese companies exceeded those of state-owned companies in value in 2016, a trend that will have worried the government by suggesting increasing amounts of foreign exchange reserves have been diverted into private hands. The research center tallied $216 billion in outbound deals last year, a 148% increase and an amount almost equivalent to the decline in the country's foreign exchange reserves over the period.

The Central Leading Group for Comprehensively Deepening Reforms, a Politburo policymaking group created and led by Xi, said in June that "the safety of overseas businesses and outbound investments is an important part of China's overseas interests and security." This was the first time the leadership publicly linked overseas dealmaking with national security.

In July, Wanda chief Wang Jianlin responded to state banks' pulling his company's credit lines by pledging to sell 63.7 billion yuan ($9.66 billion) of domestic assets, including hotels and theme parks. It was reported that the government had instructed Anbang Insurance to sell overseas assets and repatriate the funds, but the company denied having any major disposal plans.

Aside from capital flight, the authorities have also been concerned with the use of what is known as neibao-waidai financing for overseas acquisitions. This strategy involves domestic banks issuing a guarantee for funds borrowed overseas. Over the past few years, such flows were supported by the government when Chinese companies raised cheap U.S. dollar funds offshore to alleviate onshore debt burdens, even though some of the funds were diverted through shadow banks to arbitrage into onshore wealth management products.

The recent approach by financial conglomerates of utilizing domestic credit to underwrite overseas acquisitions stands to make it harder for state banks to recover funds in case of default. Yin Zhongli, a researcher at the Chinese Academy of Social Sciences, said on state-run CCTV that such deals were "not meant to invest money, but to move assets abroad."

An additional common feature among the companies recently targeted by the government has been their use of insurance and wealth management products to raise funds from the public and then invest the proceeds elsewhere, another financing strategy that has diverted large amounts of funds from state control.

The government would much rather see more funding go into domestic projects to help support local economic growth, a policy goal announced in July at the National Financial Work Conference, a summit held every five years for China's top leaders, financial regulators, anti-corruption officials and executives of state-owned banks. The leadership is concerned by slowing private investment growth. Last year, private investment expanded 3.2% while state investment grew 18.7%. When Xi was appointed president in 2013, annual private investment growth was running above 20%.

Dalian Wanda will "actively respond to the state's call and has decided to put its main investments within China," Wang said in July. In August, he pledged to "actively participate in poverty alleviation work" when meeting with the Communist Party head in Gansu Province, one of the country's poorest. Fosun Chairman Guo Guangcheng paid lip-service to the crackdown by writing online that it was "timely," "will eradicate irrational investment," and will sort out "financial chaos."

If the real economy were genuinely buoyant, then leading companies would choose to invest domestically on their own. Despite some degree of censorship on negative reporting on the economy, Chinese media have over the past three years reported on the problem of companies not seeing profitable projects to invest in.

China's gross domestic product growth was stable in the first half of this year at 6.9%, but the government's recent moves could be construed as precautionary measures against an upcoming fall in growth caused either by weakening domestic demand in the real economy or by the authorities' deleveraging push. With the majority of private capital now trapped inside China and Xi's mandate expected to receive a boost from the upcoming Communist Party Congress, central policymakers will have more room to squeeze off-balance-sheet loans that have supported local governments and property developers over the past few years.

The driving force behind the overseas investment spree was, ironically, the fear among Chinese tycoons that their wealth might be appropriated by the state as part of Xi's anti-corruption campaign. The government's aggressive action this year will only reinforce the "flight to safety" mentality among wealthy Chinese and force more illicit cross-border flows through underground banks.

The clampdown on overseas investments has been effective so far. The value of overseas real estate, hospitality and construction deals during the first half of the year equated to just 6% of the value for the same period last year. However, forcing investment into the real economy may prove a more elusive goal.

Without sufficient demand, trapped excess funds in China have gone into speculative hot money flows, creating bubbles in property, stocks, bonds and more recently, commodities. Data from Hithink Flush Information Network, a Chinese financial data service provider, shows that so far this year, 826 listed companies have invested 743 billion yuan of IPO proceeds or idle funds into wealth management products. In other words, in this period of slowing economic growth, some SOEs are finding it more profitable to use their credit lines from state banks to invest in shadow banking products rather than in their own business.

If the state wants to safeguard China's banking system and meet national goals for industry development, then it needs to step back and let private enterprise take the credit.

Christopher Aston is the author of the upcoming book, "The Shadow Bank of China."