Protecting trade finance from US tapering

As we approach Chinese New Year, moves by the U.S. Federal Reserve to prepare to taper its bond purchases have put a damper on the festive mood. An official with China's commerce ministry recently remarked that the outlook for the country's foreign trade could be challenging. 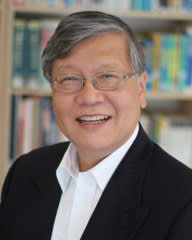 The level of trade growth will be affected by the wider economic environment, exchange rates and the availability of finance. The Fed's tapering moves suggest that it is confident that the U.S. economic recovery is strengthening.

Stronger growth implies good news for trade. The World Trade Organization agreement on trade facilitation reached in Bali last month is another piece of good news, with 18 million to 21 million jobs expected to be created from cutting red tape on cross-border trade.

Trade is part of Asia's DNA, with the region accounting for more than one-third of global trade. China's decision to promote domestic consumption as a second engine of growth will contribute to global rebalancing as well as open up a huge market for imports. The appreciation of the yuan will further support this process.

However, the road ahead remains bumpy. A major challenge will be the proliferation of bilateral and regional trade agreements. The resulting complex web of rules is particularly disadvantageous for small and medium-size enterprises, a major source of jobs and growth in Asia. Higher interest rates from the tapering process itself present another downside risk due to their impact on trade finance.

Trade finance contributes to growth and employment. The Asian Development Bank estimates that a 5% increase in trade finance availability can produce a 2% increase in output and jobs. Some 90% of business transactions involve some form of credit or trade finance, and SMEs constitute 80-90% of all business establishments in Asia. Hence, any disruption to trade finance can severely affect SMEs and entire supply chains.

As trade is a key driver for growth and employment in Asia, it would be in the region's interest to put in place policy measures that insulate against disruptions to trade finance. However, financial reforms since the global financial crisis have added to potential regulatory costs and access barriers despite the low risk and self-liquidating nature of trade finance and the low default rate for such loans. Basel III rules and other financial measures do not guarantee that trade finance will not be disrupted if a crisis recurs.

The European Parliament has approved legislation amending the Basel III rules to lower risk weightings on trade finance and treat such lending more favorably. EU officials, noting that trade finance is short term and collateralized by the goods being traded, expressed hope that other jurisdictions would adopt a similar approach to promote international trade.

Asian regulatory authorities need to consider whether the EU's move could make for an uneven playing field as European banks will be able to offer trade finance at more competitive rates.

Central banks throughout Asia have already been supporting trade finance by taking on the role of lender of last resort. Since the financial crisis, they have been expanding currency swap arrangements to settle bilateral trade in local currencies, including the yuan, to avert potential trade disruptions. Since June 2010, China has signed more than $426 billion in swap agreements with 21 central banks, including recent pacts with the Bank of England and the European Central Bank.

Central banks can also support trade finance via a rediscount facility by reducing credit risk through export credit guarantee schemes and by promoting the use of factoring and forfaiting through government-private sector partnerships.

Electronic trade finance can reduce costs and deliver greater efficiency and better information flow, transparency and security. One measure would be to promote the use of the document standards from the Society for Worldwide Interbank Financial Telecommunication or those of the International Chamber of Commerce's Bank Payment Obligation.

There is tremendous scope for public-private sector collaboration to create a robust and user-friendly electronic trade finance platform that integrates cross-border trade processes with domestic trade processes, particularly for SMEs. Governments can provide support by addressing standardization and trust-security issues.

History need not repeat itself as far as access to trade finance is concerned. There is much that can and should be done to avoid a disruption of trade finance once tapering and the withdrawal of U.S. dollar liquidity get underway. Our fate lies not in our stars, but in our hands. Happy Chinese New Year of the Horse.

Andrew Sheng is president of the Fung Global Institute in Hong Kong, chief adviser to the China Banking Regulatory Commission and a director of Khazanah Nasional.