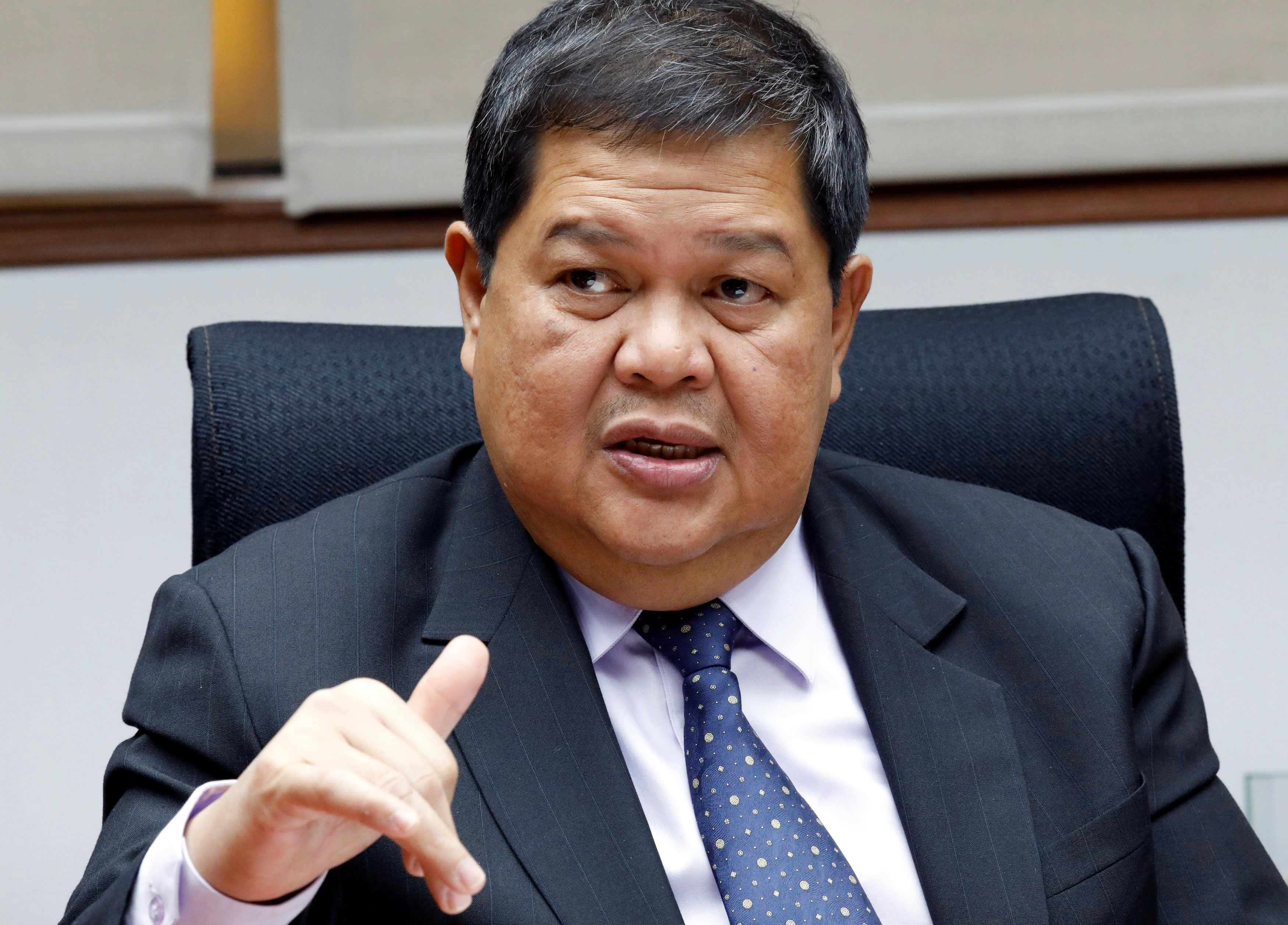 The argument for a rate hike in the Philippines is as close to a no-brainer as it gets: 6%-plus economic growth, 4% inflation and rising, amid expectations that recent tax hikes will fuel additional gains in living costs as the year unfolds.

Since the bank's no-action decision on Feb. 8, markets are abuzz with two possible explanations. The more comforting: Seven months into the job, Espenilla is taking a wait-and-see approach to the shake-up in global markets. Stirring the monetary pot now, his team may reckon, could do more harm than good. The more troubling: Politics is standing in Espenilla's way.

President Rodrigo Duterte's bloody drug war gets the headlines, but it is his assault on Philippine institutions that is chipping away at the nation's democratic bona fides. Since taking office in June 2016, Duterte has faced off against lawmakers, judges and the press. His first six months in the presidential palace saw Manila's ranking in Transparency International's corruption perceptions index fall six rungs -- to 101st from 95th in 2015.

Is the Bangko Sentral ng Pilipinas (BSP) next? So far, Duterte has avoided putting pressure directly on the nation's most respected institution. But if his antics on the campaign trail are any guide, the BSP needs to watch its back. Before he was elected, Duterte accused BSP staffers of leaking his bank records (the central bank vehemently denies it). Only the bank's inner circle knows if the BSP is pulling its monetary punches to avoid Duterte's wrath. Investors may become less patient with inflation already at more than three-year highs. As far back as September, Espenilla warned that "the balance of risks to the inflation outlook also continue to be on the upside." By January, his fear proved justified as consumer prices jumped 4% from a year earlier, up from a 3.3% rise in December. The biggest increases were in areas targeted by tax hikes: food, beverages and tobacco.

But upward price pressures are a broader phenomenon. Count Callum Henderson of Eurasia Group among those perplexed at the BSP leaving the overnight reverse repurchase rate at 3% despite raising its own inflation forecast to 4.34% for 2018.

"At a time of heightened volatility, Philippine markets can ill afford political and economic question marks over the central bank's credibility," says the Singapore-based economist.

Espenilla, 59, certainly understands his job. He was deputy governor to highly respected predecessor Amando Tetangco from 2005 to 2017. It is puzzling, though, that Espenilla is happy that the increase in consumer prices may soon be 1.34 percentage points above Manila's benchmark rate. Adding to the perplexity: strong global demand and commodities sending inflation Asia's way.

Some observers argue the effects of the tax bills Duterte signed into law in December are transitory. The peso, though, is down 4% so far this year against the U.S. dollar, upping the odds the Philippines is importing inflation, too. Part of the peso's vulnerability is concern Duterte's administration is doing more shooting than reforming. Some of it reflects Duterte's "Build, Build, Build" infrastructure boom, which is ramping up demand for overseas capital goods and raw materials.

The latter dynamic explains why the trade balance is so out of whack. Manila saw a record $4.2 billion deficit in December as exports rose just 4.9% year-on-year and imports surged almost 18%. Yet it also speaks to the dilemma facing Espenilla's team, one that transcends traditional monetary norms.

In more normal times, the Philippine central bank might be strengthening the peso to boost Manila's overseas purchasing power. But holding down the peso is a boon for the senders of overseas remittances on which Southeast Asia's fourth-biggest economy relies. The $30 billion-plus in cash that overseas workers send home each year plugs fiscal holes and finances domestic consumption.

Rather than accelerate and broaden Aquino's revival scheme, Duterte pivoted to a war of choice on drug dealers and users that is tarnishing the national brand.

Even his perceived successes deserve to be questioned -- including infrastructure. Duterte ran on cutting bureaucracy, something he excelled at during 22 years as mayor of Davao City in the south. True to form, he greenlighted giant new projects at a dizzying pace. Trouble is, the process has been far too opaque. Duterte reverted to the government-led projects of old instead of the more accountable public-private-partnership model favored by his predecessor. The fear is that the Philippines will see a return of the rent-seeking, excessive debt and environmental neglect that once drew "Sick Man of Asia" references.

Then there is the more obvious fallout: An uncoordinated rush of construction is exacerbating the road traffic jams Duterte was elected to reduce. A 2015 University of the Philippines study estimated congestion in the capital alone costs almost $50 million in lost output per day. An unconscionable waste in a nation suffering from one of Southeast Asia's highest poverty rates.

There is little the BSP can do about gridlock. There is much it can do to protect the economic foundations underneath. That means acting faster to contain inflation. If pressures seen in food, oil and other vital goods persist, the BSP may be forced to play catch-up in ways that shock markets already on edge.

It also might put Espenilla more directly in the crosshairs of a president who, Donald Trump-style, is more interested in winning news cycles than respecting institutions. Even so, Espenilla and his team have a job to do. It is a no-brainer that if they do not get ahead of inflation, traders will sooner or later force them to take emergency action that would risk rocking the markets and destabilizing the peso.