Plant operator plans to dump contaminated water into the ocean 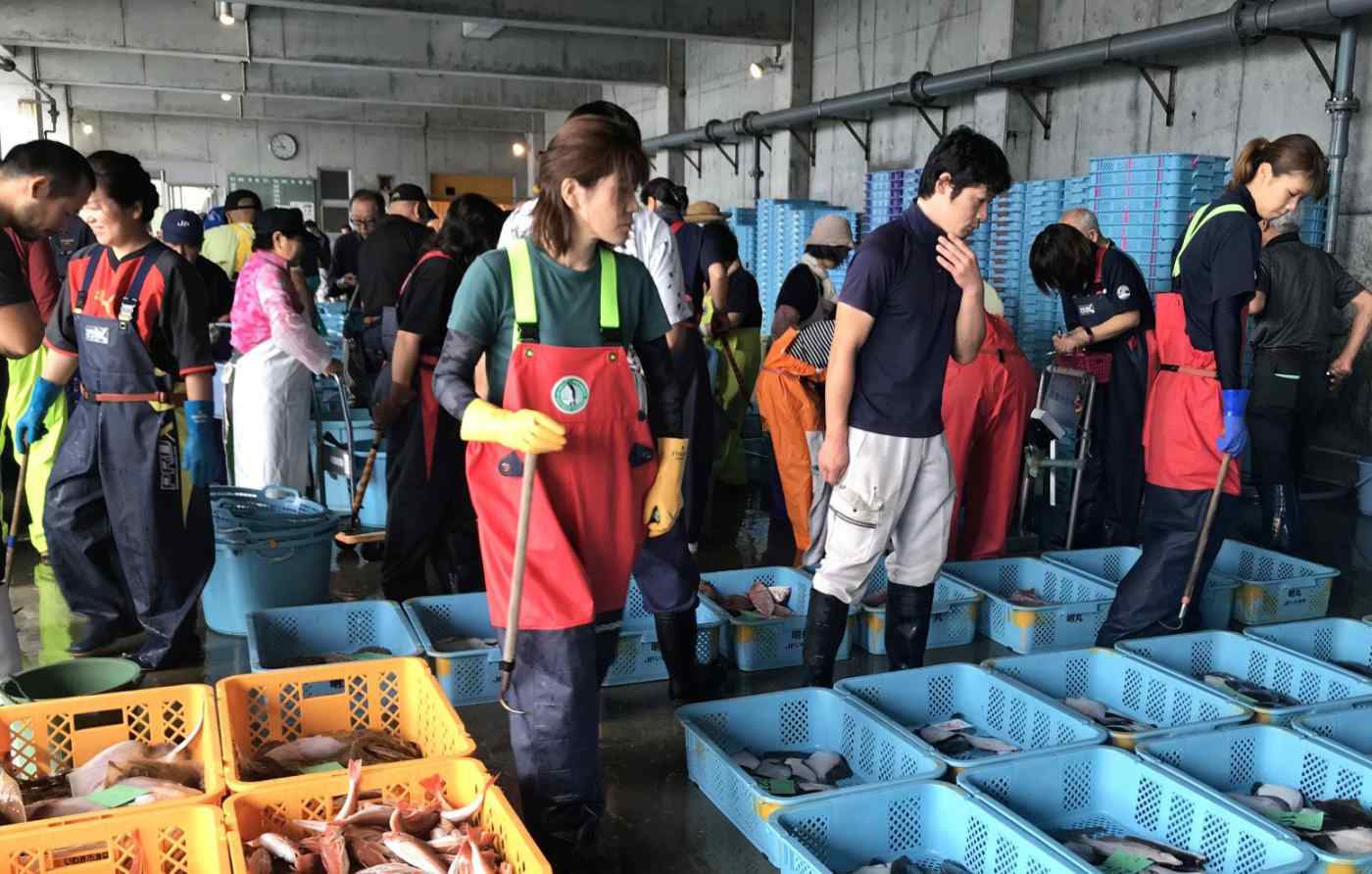 TOKYO -- Since a catastrophic nuclear accident seven years ago, Fukushima fishermen have made painstaking efforts to rebuild their livelihood, assiduously testing the radioactivity levels of their catches to ensure safety. Now, rapidly accumulating wastewater from the crippled power plant is again threatening this hard-won business recovery.

Faced with the prospect that there will be no more space to store tanks containing radioactive water leaking from the Fukushima Daiichi nuclear power plant, operator Tokyo Electric Power Co. Holdings and the Japanese government are considering diluting the water and dumping it into the ocean.

Even though Fukushima's fishery has been recovering, the haul throughout the entire prefecture amounted to about 3,300 tons last year, just 10% of the average prior to the 2011 disaster. And even reaching there has not been easy.

Fish markets in the prefecture now house testing rooms filled with equipment. Staff members mince seafood caught every morning to screen for radioactivity. Such painstaking efforts gradually enabled fishermen to return to the sea, with all fishing and farming operations resuming in February this year.

But the trend could reverse if the government goes through with plans to release nuclear wastewater into the sea.

Tepco has been cooling down the molten fuel cores by pumping water into the ruined reactors. The tainted water is later taken out and treated, but the system in place does not filter out tritium, a radioactive hydrogen isotope.

The tritium-laced water is currently stored in tanks within the premises of Fukushima Daiichi, but space is due to run out within five years.

Tritium occurs naturally and is present in rainwater in the atmosphere. The chemical is not known to accumulate within living things, and it is assumed that it can be safely released in the ocean if properly diluted. Nuclear plants in France and elsewhere normally empty treated tritium wastewater into the sea.

Resolving the wastewater issue is a key step in achieving a sustainable fishing revival in Fukushima, according to Shuji Okuda, an official in charge of decommissioning and wastewater management at the Ministry of Economy, Trade and Industry's Agency for Natural Resources and Energy.

"I understand that we should cooperate for revival," one Fukushima fisher said.

"But I'm afraid of the damage to our reputation," this fisher said. "I don't want them to dump anything into the ocean."

The waters off the coast of Fukushima teem with about 200 species of fish and shellfish, such as flounder, saury and surf clam.

Despite such abundant marine resources, demand for Fukushima seafood has yet to fully recover. At Tokyo's Toyosu market, wholesale prices for fish caught in the prefecture sell for about 30% cheaper than product from neighboring areas, according to a major wholesaler. Some distributors do not stock up on the prefecture's seafood for fear of driving away customers.

Before the nuclear accident, fishing boats from other prefectures would visit Fukushima harbors. Now, "they have all but vanished," said a representative at the Fukushima Prefectural Federation of Fisheries Co-operative Associations.

In turn, domestic lobbying groups are resisting plans to discharge nuclear wastewater into the ocean -- at least not until there is consensus at home and abroad that the practice is safe. "As a national representative of fishers, we oppose it," said JF Zengyoren, the nationwide federation of fishing cooperatives.