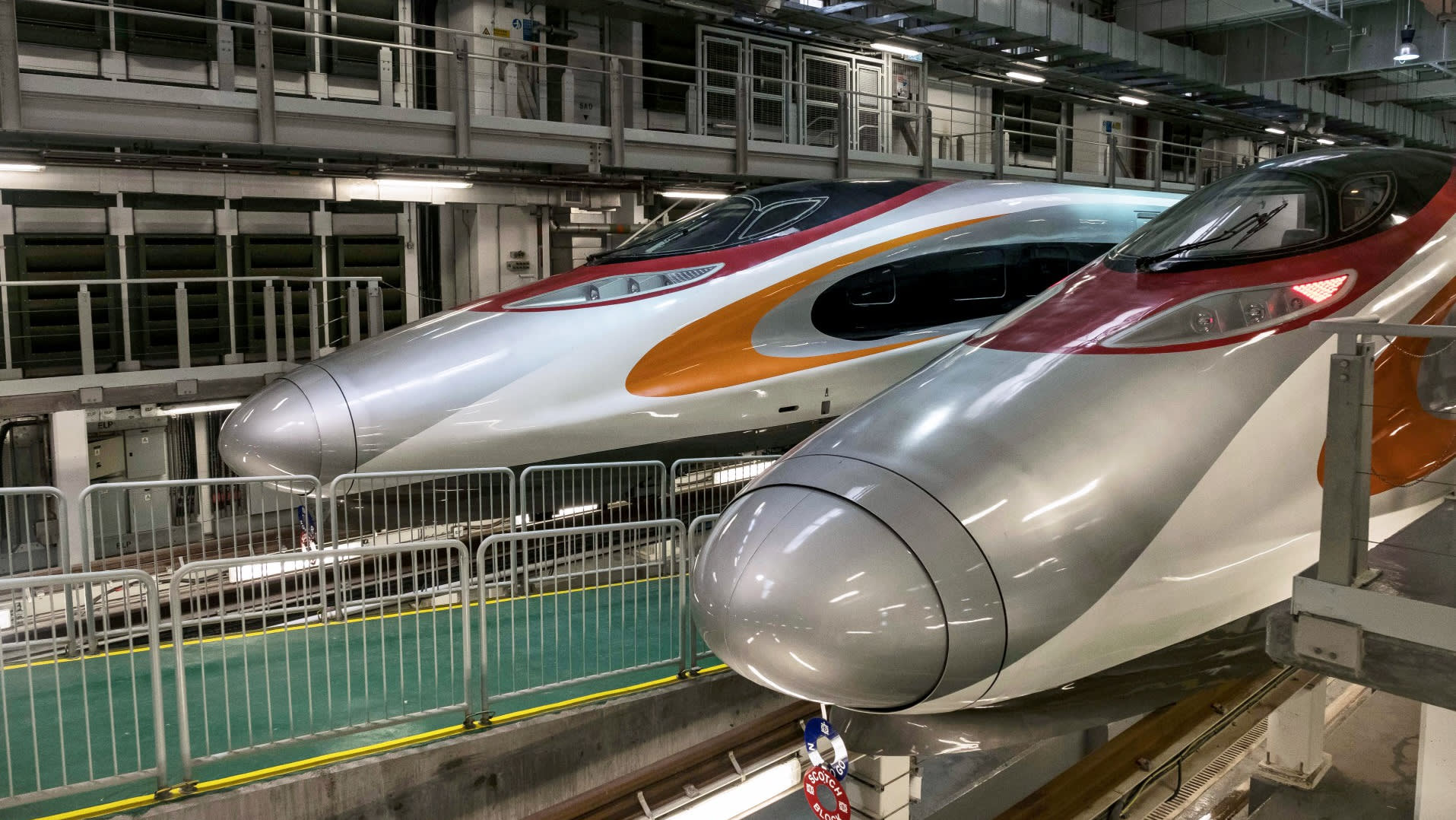 HONG KONG -- On Sept. 23, the first train to run on a controversial express railway between Hong Kong and mainland China will depart from the heart of the city headed for Guangzhou, marking a major step in the formation of a vast economic zone in southern China that Beijing hopes will rival such world metropolises as Tokyo and New York.

But winning the hearts of the people of Hong Kong will be much harder than building the physical link, which has cost more than $10 billion. Society in the former British colony has been increasingly divided over the issue of how the city is controlled, with some promoting Hong Kong's separation from China in recent years.

The regional development plan, dubbed by Beijing the Greater Bay Area, spans from Hong Kong and Macau to nine mainland cities and was proposed in the 2000s. It was officially ratified by the National People's Congress in March this year.

With a population of about 69 million, just 5% of the country's total, the region accounts for 12% of China's gross domestic product. It includes some of the country's leading industrial powerhouses: Shenzhen, a startup magnet; Guangzhou, an auto manufacturing center, and Dongguan, home to computer parts makers. The area's GDP is expected to grow to $2.8 trillion by 2025 with consumer spending doubling, according to predictions by banking group HSBC. That equates to an economy roughly the size of India today.

The mega rail project, along with a 55 km bridge connecting Hong Kong, Macau and Zhuhai, is key to Beijing's efforts to engage the special administrative region in its wider national ambitions economically and politically. The rail link will plug Hong Kong into mainland China's high-speed rail network, the largest in the world, and will reduce travel time to other mainland cities in the region to less than an hour. 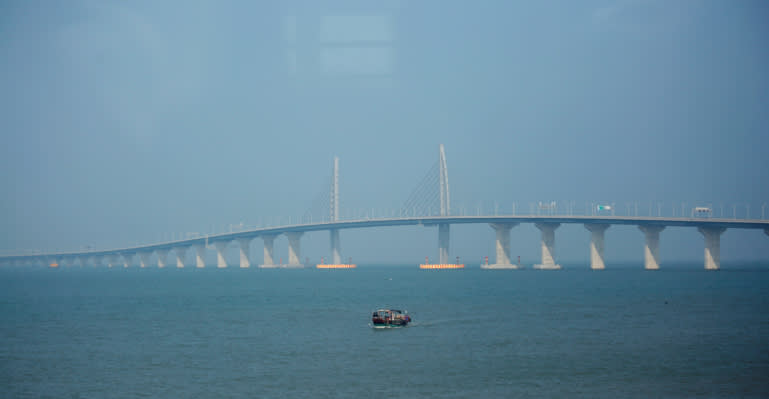 The Hong Kong-Zhuhai-Macau Bridge is slated to open as early as this year.   © Reuters

Both the bridge and rail projects, however, have been embroiled in a series of scandals, including delays, substandard work as well as budget overruns.

While management at MTR, the mass transit rail company that built the railway, has promised the infrastructure will tie people, goods and money more closely together across the region, many fear that Hong Kong's autonomy will be eroded as Beijing's shadow lengthens.

Political tension is particularly high regarding the West Kowloon terminus in the heart of Hong Kong, as it will house a joint checking point with mainland customs officers clearing passengers in the same building as their Hong Kong counterparts. Critics, including an influential lawyers' group, say the practice will contradict the Basic Law, the city's mini-constitution, which states that mainland laws will not be applied in Hong Kong, except for a few specifically designated rules.

Hong Kong is governed under the principle of "one country, two systems," a framework introduced when the sovereignty of the territory was returned to China from the British in 1997. It guaranteed a high degree of autonomy including an independent judiciary for at least 50 years.

While the rail is expected to benefit a broad range of sectors, including tourism, real estate and financial services, it does not necessarily bring the people of Hong Kong closer to China, said Emily Lau, former chairwoman at the city's largest opposition party, the Democratic Party.

"The society has become more divided," Lau said, with the younger generation feeling more oppressed by Beijing's tightening political grip on the city in recent years, when they are already beset with social issues such as the high cost of housing and a lack of career opportunities. Lau said many young people she talked to expressed their desire to migrate to other countries.

China is becoming increasingly impatient with the separatist sentiment that has been growing since 2014's Occupy Central protest movement. During a July visit to the city, Chinese President Xi Jinping warned Hong Kong not to cross the "red line" of undermining Chinese sovereignty.

The Hong Kong government also has stepped up efforts to crack down on the pro-independence movement through legal means.

In July, police in the city submitted a proposal to criminalize the operations of a political party that advocates Hong Kong independence on the grounds of national security. Last month, the Chinese Foreign Ministry urged the FCC to cancel a talk of the separatist party's convener Andy Chan, saying it "resolutely opposes any external forces providing a platform for the independence forces to spread their absurd ideas."

In February, a Hong Kong court ruled that returning officials had the power to bar candidates from running for office based on their political views.